I am sure this has been discussed in other conversations but I can't seem to find a distinct thread on this topic. We are considering going on a trip from Western North America to South Africa. I know, quite crazy...but it is several months away, we would be able to pace while there and the opportunity is a bit of a 'once in a lifetime' situation. My sense is that it is way beyond me but I am still hopeful. I have heard a lot of 'you've got to be kidding' responses, and I do get that.... but are there any ways to modulate the impact of air travel? Do you think carrying supplemental oxygen would help? Last time we travelled I organized all the wheelchairs etc which helped a great deal but this length of air time is concerning. Two long, long flights. Would it be best to just push through and then give myself time at the other end to recuperate or would a two day break in the middle of the flights be better? Any tips and tricks out there?
H

Just an add on to the above, air travel wreaks havoc on my muscles (spasms and decreased functionality) and pain levels. Similar to anesthetics I think, but that is just anecdotal reflections. I don't know, I am just thinking that oxygen is such a big part of the puzzle.

When I flew years ago I always had oxygen. I can't say if it helped or not but I've seen it recommended for mecfs.

If you choose to do that you have to arrange it through the airlines. You can't bring your own. Each leg of the flight has to provide the oxygen. I think I had to have a letter from my doctor before they would do it and of course I had to pay for it.

No one can tell you how your body will react, if you need a break. You'd have to look at past experiences and how you do after exertion. Then decide if you want to take a break in the middle or just push through.

I think for me it wouldn't matter. I'd need time after the travel (after any exertion since travel is out of the question) to recover before I did anything. And I'm not sure how long that would be since it's not a normal PEM situation

I do know if I'm out I like to do it all then crash at the end. If I stop in the middle I worry I won't be able to get going again. In also talking about only going out for a few hours. Not a huge trip.

Good luck. Nuts? Maybe but in envious too.
H

LOL ~ yes, nuts I think but it's wonderful to even dream and consider it. Similar to you I have only a few hours in a day, and every day is slightly different depending on how far I pushed, or more accurately, didn't manage within my energy envelope. I totally resonate with pushing through as I have found myself just wanting to lie down in the supermarket aisle, but afraid I'd never get home again. Thanks for the info on the airlines, and for your thoughts, it's helpful, just to have someone within insider knowledge related to the restrictions we live with (and the envy!).

My fantasy is to bang my way through the Scottish highlands! So I get urge. Lol.

Btw. When you post can you put in paragraph breaks. I have problems with huge chunks of text.

Oh and I did the wheelchairs at every airport too. Really helped and you get to board first I think.
H

nice fantasy. and thanks for the advice on breaking up the text, will do.

@Hilary
Thought: Do it!! I did Peru in 2013 - Amazon to Macchu Pichu, 16,000 pass. I used A little Diamox and methyl prednisone, and a lot of will power and talking to my body. Air flights were a problem for many years for me - think it was the pressure/oxygen issue. Yes, I would get neuro symptoms for about 45 min. into flight tingling, aching, weakness. But eventually symptoms passed. It is such a great lift to the spirits to live a little.
So, if your doctor says okay - Go !!! The memories lift me through some difficult days!!!

Have a great trip!

Who Me? said:
My fantasy is to bang my way through the Scottish highlands!
Click to expand...

My neighbor texted me this morning "I left something you'll enjoy on your doorstop". 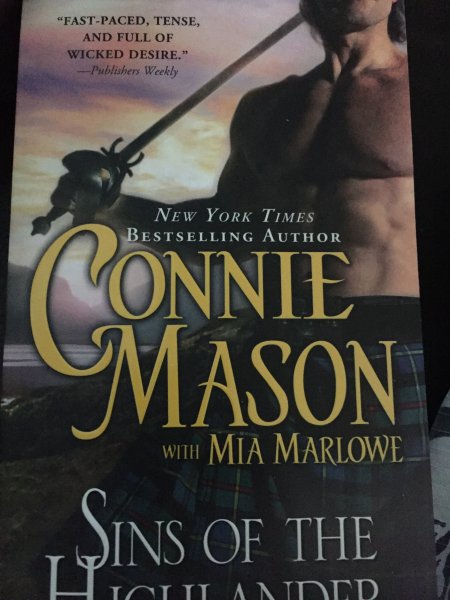 Well, it is my Scottish line that has all the health problems! Douglas and Mansfield. Maybe this strange illness of ours is Karma for Sins of the Highlander!

@Merida no say it ain't so! All my family health issues are from Russians and Ukrainians. I got it bad from both sides. Or maybe it's from my 3% Neanderthal side? Lol

@ Who Me?
Just saying, be careful in the Scottish Highlands!! ( but have a good time!! )

The Russians - Bless their hearts, living in that weather. I actually admire Putin - think he is brilliant and is revealing the true nature of U.S. Imperialist intention. But he gets a lot of bad, not always true, press here.

Also, we had many, many people of Ashkenazi descent in group. Recently ( through 23andMe) learned I am 1 per cent Ashkenazi. One of my friends gave me a book, "When Scotland was Jewish" by Donald Yates and Elizabeth Hirschman. Fascinating. Think we could benefit from a careful ethnic, geographical study of this disorder.

A great site for exploring the interesting history of man is Ancientamerica.com There is plenty of evidence that the copper which fueled the Bronze Age came from the great copper deposits in Michigan. Yes, copper was mined there from 2400 BC through 1200 BC. The Pima Indians in Arizona have Greek and Sardinian genetic markers - suggesting contact between Old and New Worlds for 7,000 years.

Anyway... so important for us to keep exploring and dreaming - if only from the couch.

You obviously forgot that I have ME brain. You might as well be speaking Martian to me.

I can barely remember my name half the time. Have zero brain power to contemplate where copper came from or read something more complicated then a trashy romance book.

Can't get much sicker so getting something from banging a highlander makes no difference to my fantasy. Lol.
H

Thanks for this Cort, much appreciated. I have met with one of my doctors and she has encouraged me to live life but be mindful of my capacity. Interesting that each of your links above give different views - one to push through and the other seems to suggest taking breaks within the itinerary.

My GP suggested the latter - taking a slow route to South Africa, with one or two day layovers along the way. Not to do anything, or plan anything, just to book into a hotel and rest, then get back on the next plane. Oxygen on board seems also to be a possible benefit. My specialist team will also consult - but I think at the end of the day it's all about balancing life, living life, but also keeping within that individual equation that is unique to each of us - our own energy envelope. Such a tough struggle.

I see over and over again that one of the key themes with ME/CFS is that we have this thirst for living, for being in the world and for doing. Takes my breath away at times how much I want to 'do' yet how incapable I am of 'doing'. The heart for it is strong isn't it?
You must log in or register to reply here.
Share:
Facebook Twitter Reddit Pinterest Tumblr WhatsApp Email Share Link