Staff member
We found that NB001 at a significant low dosage totally blocked the induction of L-LTP and the recruitment of cortical circuit.​

What could be more anxiety forming than being in pain? Recent research suggests, however, that the connection may go much deeper than suspected. It suggests that the same processes that occur deep in the brain to produce pain also produce anxiety. If you suffer from both this finding might just be for you.

Teams from three countries worked together to examine a part of the brain called the anterior cingulate cortex (ACC). The ACC is part of a suite of brain regions (prefrontal cortex, anterior cingulate cortex, insular cortex and amygdala) often implicated in ME/CFS and FM and comorbid disorders (IBS). A recent study found that the more traffic between the ACC and insula, the more pain a person with FM is in.

This part of the brain - like some others involved in ME/CFS - is particularly intriguing because it regulates both emotional responses and decision-making and the autonomic nervous system. It's long been known to be involved in producing both heightened states of pain and anxiety but exactly how was unclear.

It no longer is. Researchers looking at a process called "long-term potentiation" (LTP) which results in neurons firing in response to smaller and smaller amounts of stimuli uncovered a missing link. It turns out that the more a signal passes between the neurons the easier it becomes to pass it. In order the words, the more pain you're in - the easier it will be to be in pain. The more anxiety you experience - the easier it will become to experience anxiety. The way has been cleared, so to speak, to easily experience those states. 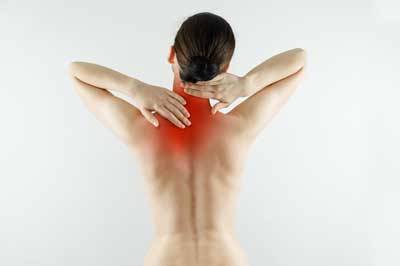 Long term potentiation occurs in two stages; first traffic increases between neurons and then the neurons produce more receptors that enable them to pick up more pain signals. The research group found that only the first stage - more traffic between neurons - occurs in chronic pain. (Both stages occur in acute pain.)

The big surprise came when they found that blocking the same neurons that potentiate the nerves to produce chronic states of pain also powerfully reduced anxiety! This suggested that pain and anxiety share some deep biological routes.

Further investigation of the signaling pathways of pre- and post-LTP should reveal new drug targets for treating pain and anxiety. Medical Express

The molecule they used (NB001) is an entirely new kind of drug (adenylate cyclase inhibitor) for the treatment of chronic pain field. The discovery of the exact neuronal connection that facilitates the production of pain and anxiety in the ACC provides a new opening for treatments. If you're experiencing both pain and anxiety - this drug - if it makes it to market - might just be for you.

​
The study indicated that much more Neurontin (gabapentin) - a commonly used anti-anxiety/anti-pain drug - was needed to achieve the same pain reduction (NB001). NB001 also had lower side effects.

Much more work needs to be done but the elucidation of a chronic pain/anxiety pathway and a molecule that can turn it off is a promising advance indeed.
H

TRPV1 activation also produces both anxiety and certain types of pain, so drugs targeting TRPV1 would decrease both.

I'm fairly certain this is the source of my pain and anxiety.

Staff member
TRPV's are so interesting. I think they have to be involved for many people. They're a prime example IMO of how technology is progressing. It's amazing they can target these tiny, tiny ion channels.....

h3ro said:
TRPV1 activation also produces both anxiety and certain types of pain, so drugs targeting TRPV1 would decrease both.

I'm fairly certain this is the source of my pain and anxiety.
Click to expand...

Me too! Extreme anxiety for months.. all the regular meds couldn't touch it? Besides being on high dosages of antidepressants for it I was also on Xanax 2mgx4 a day and still shaking...does this have anything to do with pain causing insomnia, causing the break down effect? I wonder? Rita
You must log in or register to reply here.
Share:
Facebook Twitter Reddit Pinterest Tumblr WhatsApp Email Link