Staff member
Several months ago the DEA said it will make a determination whether to reschedule cannabis by the end of the summer. Cannabis's current listing with heroin, LSD and others as a Schedule 1 drug makes it impossible to effectively research it. According to an article in the Washington Post the DEA has only downgraded a Schedule I drug five times.

The High Times reported that a major push was made recently for President Obama to initiate the rescheduling process before he leaves the White House. 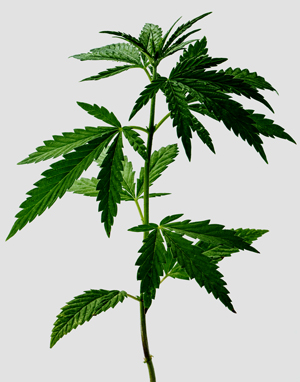 [/fright]Increasing evidence that medical marijuana (MM) can be helpful in many conditions including pain and it's widespread acceptance across the country (24 states have legalized MM) appears to be finally forcing the DEA's hand. It hasn't been easy. The petition the DEA is acting on was submitted five years ago.

A rescheduling would have huge effects allowing badly needed research to surge, giving MM businesses access to financial institutions and allowing doctors across the country to prescribe it. Currently it can take up to 18 months to get approved to study cannabis. Jared Younger has said he doesn't study cannabis - a possible microglial inhibitor - because he would have to spend all his time coping with regulations.

The DEA's review of the plant is behind schedule but the Motley Fool reported that it has received the scientific and health recommendations from the Food and Drug Administration it needs. The FDA began the process of evaluating cannabis in 2014 and it's expected that it's recommendation will play a major role in the DEA's decision. No word was given on the FDA's recommendation, but hard to imagine from where I sit the FDA not doing what's necessary to open up this possible treatment for more research.

A listing of cannabis as a Schedule II (instead of a Schedule III or lower) substance would leave the FDA wholly in charge of MM. (Schedule II substances have medical value but can be addictive.) With the FDA's history of tightly regulating everything it can get its hands on, the FDA could require clinical trials for MM products before allowing them on the market. It could review MM labs and require that products meet certain specifications. That would provide some much needed regulation but would also probably knock many small businesses that produce MM products out of the market.

With the medical marijuana market in Colorado alone bringing in $1 billion dollars last year (and providing $125 million in tax revenue) a rescheduling by the DEA would have major economic consequences.

We could know anytime but will hopefully know by the end of the year.
Last edited: Aug 2, 2016

think you missed a word in this sentence:

"Jared Younger has said he doesn't study cannabis - a possible microglial inhibitor - because he would have to spend all his TIME? coping with regulations"

GG said:
think you missed a word in this sentence:

"Jared Younger has said he doesn't study cannabis - a possible microglial inhibitor - because he would have to spend all his TIME? coping with regulations"