Interview with Dr. Natalie Eaton-Fitch Repurposed Drugs and the treatment of ME 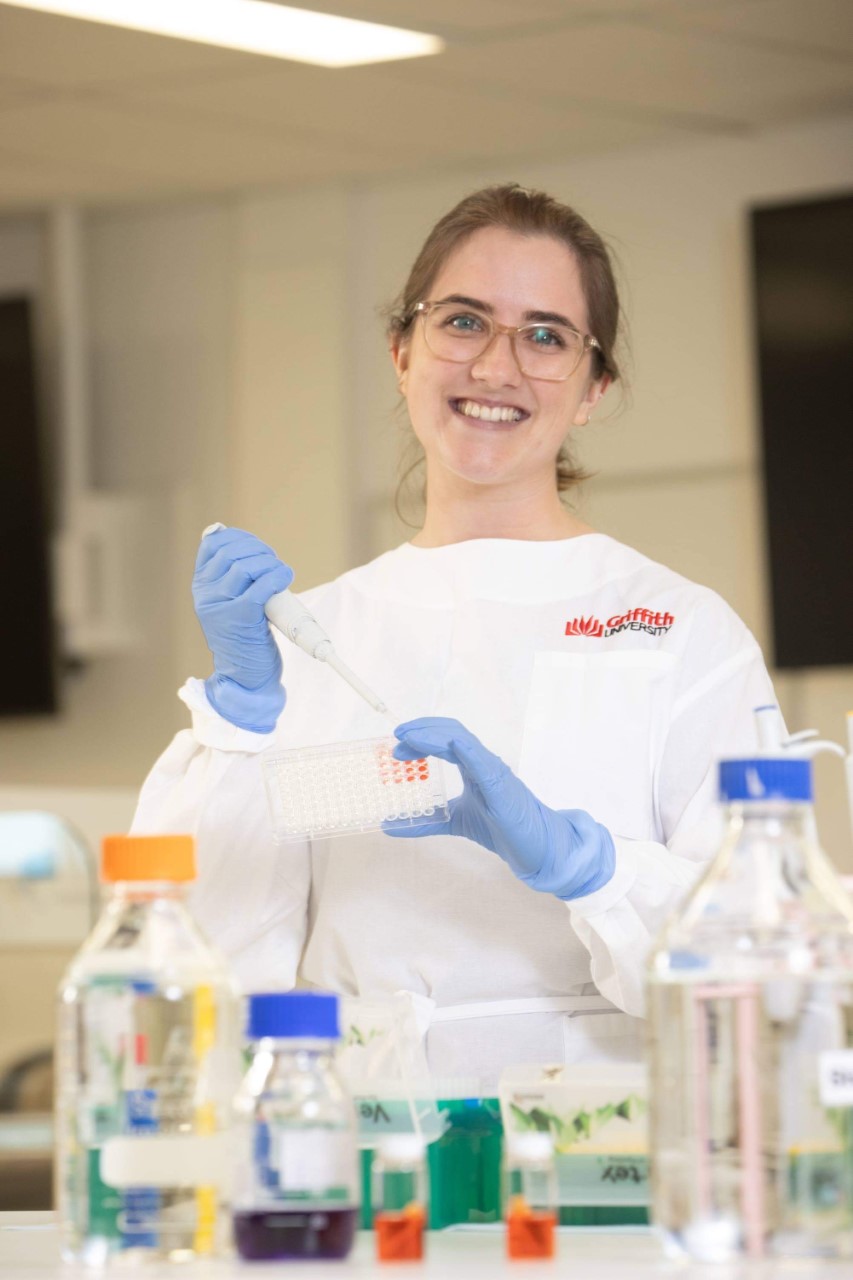 In the world we live in people are suffering from all kinds of illnesses and diseases which need a variety of different medications to treat them. Often the road to finding a novel medication for a particular illness or disease can take many years as the money for medical trials comes usually comes from drug companies who have to spend large amounts of money on research and then conducting the different stages of medical trials to ascertain efficacy and safety.

In the ME community we have faced decades of neglect from the medical establishment who have not put out the requisite sums into research. Sadly, it would appear that none of the big drug companies have taken any interest into conducting research into medications to treat ME. The gap in research has been taken up by several medical charities and small groups of researchers at various universities. Rather than wait for years in the hope of some new medication being developed some scientists have turned to cheap, safe, repurposed drugs as potential treatments for ME.

One such scientist is Dr. Natalie Eaton-Fitch.

Dr. Eaton-Fitch is a Research Fellow at the National Centre for Neuroimmunology and Emerging Diseases at the Menzies Health Institute Queensland. Her research interests include the pathophysiology of ME, Long Covid and natural killer cells. Dr. Fitch’s work is contributing to the development of a diagnostic test for ME and repurposing pharmacotherapeutics for the treatment of the illness.


How did you get involved in the field of ME research?

There are a number of reasons; the most significant being that I’ve lived my life watching a family member battle with ME and has done so for the past 30 years. The other is my interest and enthusiasm in immune biology.


I reached out to Prof Marshall-Gradisnik at the National Centre for Neuroimmunology and Emerging Diseases (NCNED), Griffith University after I completed my undergraduate degree. I pursued postgraduate studies with Prof Marshall-Gradisnik as my mentor and I have since been awarded my PhD. I continue working with the team at the NCNED as a research fellow.

The use of repurposed LDN started in the later 1980s after the positive effects of LDN were reported. LDN has multiple biological functions including the release of endorphins and immunomodulation. Subsequently, LDN was reported to significantly reduce pain, cognition, and fatigue symptoms in different patient cohorts, for example multiple sclerosis and fibromyalgia. Indeed, these are some of the hallmark symptoms of ME, thus LDN showed promise as a pharmacotherapeutic option.


A few months ago I listened to a medical lecture by Dr. Keith Berkowitz and Dr. Mobeen Syed who were talking about the use of low dose Naltrexone (LDN) to treat patients with Long Covid. During their presentation they explained the mechanism of action as to how low-dose naltrexone was able to suppress inflammation in the body, which helped reduce the severity of Long Covid symptoms in many patients. Can you explain the mechanism of action as to how LDN works to help some people with ME?


Immune system dysfunction is reported in both Long COVID and ME. Naltrexone, while an opioid receptor inhibitor, in low doses acts as an immunomodulator. LDN increases the release of beta-endorphins, a substance involved in many biological functions including, but not limited to pain management. As an example, endorphins are related to the hypothalamic-pituitary-adrenal (HPA) axis which is underactive in ME patients and associated with some metabolic and immune responses.


NK cells are part of the innate immune system responsible for elimination of viral-infected and malignant cells. LDN is believed to increase NK cell cytotoxic function through the release of beta-endorphins and restoration of a calcium channel known as transient receptor potential melastatin 3 (TRPM3).

TRPM3 is a member of a superfamily of TRP ion channels with a vital role in calcium signalling in cells. Calcium is required for a number of biological functions, one of which is immune function. Dysfunction of TRPM3 means the passage of calcium across cells is reduced and this impairs cell function and is associated with the symptoms of ME. The restoration of TRPM3 is hypothesised to restore cell function across body systems.

Another potential pathway for LDN (there are quite a few)…

LDN has also been shown to block toll-like receptor 4 (TLR4), a recognition receptor found on immune cells such as microglia. Microglia are immune cells of the central nervous system that are involved in neuroinflammatory responses such as pain, cognitive dysfunction, fatigue, sleep disturbances and mood disorders. As neuroinflammation is documented in ME/CFS, LDN is believed to regulate TLR4/microglia activity which may also relieve these above mentioned symptoms.


A small number of medical trials have been conducted into the use of LDN as a potential treatment for ME. Based on the results of these trials how successful has LDN been in helping people with ME?

Current research suggests that LDN is a safe and effective pharmacotherapeutic option for alleviating the symptoms of ME with minimal adverse effects.


Some people who take LDN and say it has really helped with their fatigue and I know others (I include myself in this camp) who say LDN has helped with pain issues but not fatigue issues. How would you explain that?


LDN predominantly has anti-inflammatory and anti-pain mechanisms through the following pathways: (i) opioid receptor inhibition; (ii) increased endorphin release and activity; (iii) TRPM3/immune regulation; and (iv) microglia/TLR4 regulation. Also, as you’re aware, the presentation and trajectory of ME/CFS as an illness varies widely between patients. This may be due to the identification of multiple different genetic and functional changes, therefore the response to LDN will also vary. This is why the NCNED also aims to investigate other, but similar, potential pharmacotherapeutic targets.

What further research is needed into low-dose Naltrexone to prove its efficacy as a treatment for people with ME?

Rigorous placebo-controlled randomised clinical trials are required to further identify the efficacy of LDN in ME.


You mention the need for randomised placebo controlled trails for LDN. On what scale would these need to be? and across how many countries? in different subsets of pwME?

Clinical trials go through a series of phases to test the safety and effectiveness of drug candidates. These phases start with small cohorts before moving into larger cohorts. Small scale trials are currently demonstrating that LDN is safe and effective in improving symptoms of ME/CFS. Large scale clinical trials involving several hundred, then subsequently several thousand participants (meeting more recent criteria such as CCC or ICC) are needed to approve LDN for the treatment of ME/CFS.


You know of any other repurposed medications that are being used by researchers as possible treatments for people with ME?

There are numerous medications used off label for targeting specific symptoms of ME; however, there is little evidence regarding efficacy. The off-label use of Aripiprazole, used to manage symptoms of mood and mental health disorders, has gained interest recently as a potential pharmacotherapeutic option for ME/CFS. In low levels, Aripiprazole stimulates dopamine production affecting cognition, sleep, mood, inflammation, energy production and movement.


Can you tell us about your own research into low-dose Naltrexone as a potential treatment for ME?

At the NCNED we aim to identify a diagnostic/screening test for ME patients and discover pharmacotherapeutic treatments to improve symptoms and quality of life.

We previously reported on impaired TRPM3 ion channel and associated signalling pathways in ME patients, thus TRPM3 ion channels provide a pharmacotherapeutic target. (Transient receptor potential melastatin 3 (TRPM3) ion channels are a calcium permeable channel located on various cells throughout the body. When activated, these channels open to allow calcium to flow into the cell where calcium acts as a secondary messenger to help stimulate cell function (for example NK cell cytotoxicity). TRPM3 ion channels also respond to various threats/stressors such as infection, allergens, chemicals, surgery, changes to temperature and are involved in inflammatory and pain responses (nociception). Genetic, expression, and functional changes in TRPM3 have been reported in NK cells of ME/CFS patients).


We demonstrated that the treatment of isolated NK cells from ME patients with naltrexone restored TRPM3 ion channel function and subsequently confirmed the efficacy of LDN by demonstrating the benefit on the pathophysiology of ME. Therefore, our future research aims to complete a clinical trial into the therapeutic efficacy of LDN in ME. Research at the NCNED will focus not only on TRP ion channel pathology, but also changes to brain MRI in response to LDN.
You must log in or register to reply here.
Share:
Facebook Twitter Reddit Pinterest Tumblr WhatsApp Email Share Link