So this doc chose to moderate and suppress histamine release by H1R by using antihistamines. Yet, for these other two receptors to work, it requires histamine to activate them.

Possibly in an acute situation where mast cells are degranulating too fast, and we can't get the other receptors to work properly, there may be a need for an Emergency H1R antagonist (suppressor). But not complete block as other two receptors are needed to cause the T cells to activate and help with immune response and inflammation.

In an acute process like COVID-19 in its advanced stages or in sepsis it may make sense to block both H1R and H2R to avoid organ damage. To the extent that the negative feedback mechanism that regulates the production of histamine (H2R-H3R) is exceeded or does not work properly, that same histamine and also the rest of the products of the mast cells and the rest of the immune cells will cause massive damage (keep in mind that histamine receptors are not only in immune cells but in all tissues). 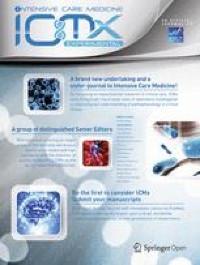 Background Histamine assumes an important role as a major mediator in various pathologic disorders associated with inflammation and immune reactions. However, the involvement of histamine in the pathological conditions and symptoms of sepsis remains entirely unknown. In this study, we establish...

Another more interesting option would be to look for an immunomodulation with histamine that would allow to restore this negative feedback mechanism.

Histamine has been known to play important roles in inflammation, and its inhibition has been expected to ameliorate the pathological statement of heart failure and chronic kidney disease. In this paper, we found that histamine is elevated in the plasma of a preclinical mouse model with severe...

And another option compatible with the previous one would be to use IV vitamin C.

Hydrocortisone, Ascorbic Acid and Thiamine (HAT Therapy) for the Treatment of Sepsis. Focus on Ascorbic Acid. 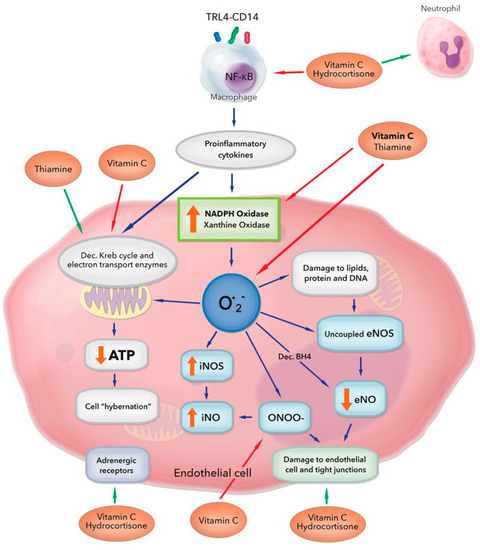 Sepsis is a devastating disease that carries an enormous toll in terms of human suffering and lives lost. Over 100 novel pharmacologic agents that targeted specific molecules or pathways have failed to improve the outcome of sepsis. Preliminary data suggests that the combination of... 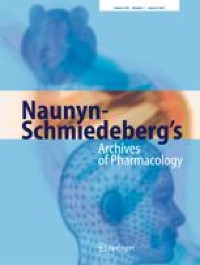 Histamine plays an important role in the development of symptoms in allergic, infectious, neoplastic and other diseases. Empirical findings have suggested beneficial effects of ascorbic acid supplementation in those diseases, and these effects are assumed to be related to a possible decrease in...

This is another preprint on the topic of COVID-19 and histamine, although they forget that one of the characteristics of famotidine and other H2R antagonists is that they are very powerful radical scavengers.

Hydroxyl radical scavengers are able to compete with deoxyribose for the hydroxyl radicals generated in a reaction mixture. We found that the H2 recep…

I do find when I can't get "on top" of a MCAS "attack", I have to take the child liquid H1 blocker (Allegra) and a mast cell stablizer (GastroCrom). Trying to not take the H2 blocker though. And this paper brings out how the H2R needs histamine to activate it and that may help the immune system.

This article you posted Bayard, explains a lot for me.....

Explains why I can't take Vit C pills. And why B1 thiamine is helping. (Also known to help POTS and ME/CFS.) All has to do with sepsis, mitrochondria, hypoxia and iron or copper and methylation dysfunction.

I can drink lemon or lime for Vit. C. But not take the supplement. As being in a state of hypoxia and methylation issues, high Vit C will create more ROS. And lower amounts helps protect mitrochondria.

Maybe the receptor we really want boosted is the H3R. (An agonist is something that boost or increases.) Having histamine higher there and lower at H1 and H2 when in a sepsis state.

Histamine has been known to play important roles in inflammation, and its inhibition has been expected to ameliorate the pathological statement of heart failure and chronic kidney disease. In this paper, we found that histamine is elevated in the plasma of a preclinical mouse model with severe...

In conclusion, our paper reveals that plasma histamine is elevated in mice with cardiorenal damages induced by ANS treatment and that H3 agonism plays an important role in the protective actions on both heart and kidney damages through the alteration of gene expression in the anti-inflammatory programming of both tissues. Therapeutic targeting of the regulation of anti-inflammatory programming using the selective H3 agonist could, therefore, be beneficial in the treatment or prevention of cardiorenal dysfunction.
Last edited: May 27, 2020

Bayard, will you post the article on Tagamet. (If I understood it properly), It's supposed to work on H2R but without totally blocking histamine and allowing H3R to turn on and allowing H2R to activate necessary things for autoimmune function. I'm not finding that article. And if I'm misunderstanding, will you clarify it for me.

Cimetidine (Tagamet) was the first H2R antihistamine to be developed for the treatment of heartburn and peptic ulcers. It is a histamine-like molecule that preserves the methylated imidazole group. In the 80s and 90s cimetidine was used in cancer settings as an immumomodulator and different hypotheses were raised as to why cimetidine carried out this immunomodulation.

Cimetidine antagonizes histamine's effects on some cancers and improves survival when given in the perioperative period.

"The inexpensive nature of cimetidine is in itself a problem in that the funding of research on patent-expired compounds is very difficult".

The present study demonstrates a possible mechanism for the improvement of gastrointestinal cancer patients' prognosis by the histamine receptor type 2 (H2R) antagonist cimetidine. This agent, but not the H2R antagonists ranitidine and famotidine, induced the production of an antitumor cytokine... 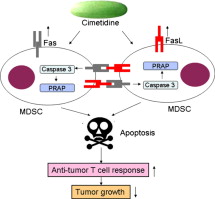 Cimetidine, a histamine type-2 receptor antagonist, is known to inhibit the growth of several tumors in human and animals, however the mechanism of ac…