Just when you thought the PACE trial couldn't get any worse it has. In an new analysis David Tuller and Julie Rehmeyer - show that not only were the recovery findings untrustworthy - so were the graded exercise results.

Rehmeyer published on the PACE trial earlier and Tuller has been a virtual one-man wrecking crew. His Trial By Error series on The Virology Blog has resulted in the PACE authors worrying about damage to their reputations, the PLOS journal beginning an internal investigation, Retraction Watch calling for release of the independent data, and several prominent researchers publicly lambasting the research group for doing the trial, and the august Lancet journal for publishing it. 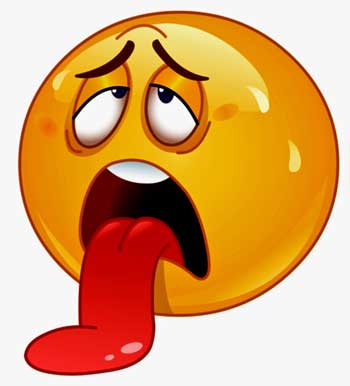 [/fright]It gets even deeper and darker. The PACE trial, it turns out, is a gift that in its weirdness keeps on giving. In their latest piece "Did the PACE Trial Really Prove that Graded Exercise Is Safe?" Rehmeyer and Tuller take on the PACE trial author's statement that the PACE trial showed that graded exercise therapy or GET was "safe".

They argue that it was impossible from the results to tell if the PACE is safe for people with ME/CFS. Why? Because it turns out that many people in the trial may not have actually done the exercise program. Oddly enough - or maybe not oddly enough, given all the problems that have been found in this study, the PACE authors never revealed how much exercise the participants in the trial actually did.

One thing is crystal clear: the goal of the trial - to get ME/CFS patients to exercise for 30 minutes a day five days a week - failed miserably. That goal was inconsistent with the results of the walk test - which indicated that ME/CFS patients using GET were in worse shape than people with chronic heart failure, severe multiple sclerosis, or chronic obstructive pulmonary disorder. That's not a result to crow about - yet the PACE authors have used it as a basis for their claim that GET works.

Think for a moment what the walk study results - a mere 11% percent increase in steps taken - mean for the PACE author's hypothesis that deconditioning plays a major role in ME/CFS. As people who are deconditioned become reconditioned increase their strength they exercise more and more and feel better and better.

That didn't happen to the GET participants. Even after steps were taken to remove their putative deconditioning via the GETexercises they just barely squeezed out a meager increase in steps taken during the walk test. Deconditioning may have been present for some people, but the fact they were still in such poor shape after GET indicated that deconditioning was not causing their exercise problems; something else was.

In this long piece Rehmeyer and Tuller also point out a rash of other problems - no definition of what a severe or adverse event was, different centers using different standards to determine, a third of the GET participants never taking the walk test (possibly because they got worse), no measurable changes in fitness identified, the changes in protocol and others.

The PACE trial participants were originally to use an actometer to measure steps taken, and they did use them in the first part of the study - but then the actometers were abandoned. Why? The PACE authors stated that they "decided that a test that required participants to wear an actometer around their ankle for a week was too great a burden at the end of the trial.”

That doesn't on the face of it pass the laugh test. The participants were able to bear the burden of wearing an actometer at the beginning of the trial, but it posed "too great of a burden" at the end of the trial when they should have been at their best.

That's just some more of the strangeness that's characterized the PACE trial - and is why the trial is in so much trouble today.

The PACE is indeed a gift that keeps giving

It is fantastic to see the PACE Trial results losing credibility rapidly......we can only hope that it continues. Fantastic work by those activists and patients.

Boronia said:
It is fantastic to see the PACE Trial results losing credibility rapidly......we can only hope that it continues. Fantastic work by those activists and patients.
Click to expand...

The absolute killer will be if Lancet retracts the study or puts some sort of proviso with it. That would have lasting effects on the CBT paradigm as well as funding in the UK...

One thing which is not widely reported is the intensity, frequency & nature of the activity used in the PACE research.
Does anybody have a link to this information if it is available?

Seanko said:
One thing which is not widely reported is the intensity, frequency & nature of the activity used in the PACE research.
Does anybody have a link to this information if it is available?
Click to expand...

All I know is that they wanted to get them to do 30 minutes a day five days a week I think it was -they obviously failed miserably at that. I'm sure the information is out there though.

Cort said:
All I know is that they wanted to get them to do 30 minutes a day five days a week I think it was -they obviously failed miserably at that. I'm sure the information is out there though.
Click to expand...

In the US: Charles Lapp, Nancy Kilmas & Lucinda Bateman have all given sensible advice on exercise and activity with good resources on this site.
It would be interesting to compare their advice with what has happened in the PACE trials.

If the specific details of the PACE exercise program are available somewhere we can make an intelligent critique.

Anybody able to help with links?

Seanko said:
Anybody able to help with links?
Click to expand...