“My personal experience of having ME/CFS feels like permanently having the flu, a hangover, and jet lag while being continually electrocuted (which means that pain plays at least as much of a role in my condition as fatigue).” —Patient communication to IOM committee
Click to expand... 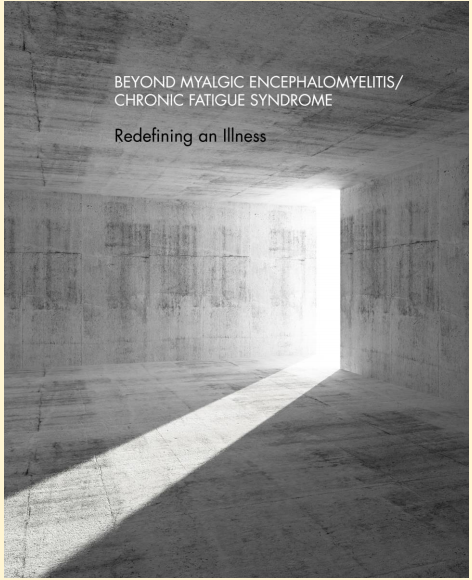 [/fright]From the 2015 Institute of Medicine (IOM) Report on Chronic fatigue syndrome/myalgic encephalomyelitis. The report by ME/CFS experts and others took over a year to produce. (A short version of the report is attached.)

There is sufficient evidence that fatigue in ME/CFS (SEID) is profound, not the result of ongoing excessive exertion, and not substantially alleviated by rest. This fatigue must be accompanied by a substantial reduction or impairment in the ability to engage in pre-illness levels of occupational, educational, social, or personal activities and persist for more than 6 months. Fatigue, and particularly the impact of illness on function, should be assessed in making a diagnosis of ME/CFS (SEID).

PEM is worsening of a patient’s symptoms and function after exposure to physical or cognitive stressors that were normally tolerated before disease onset. Subjective reports of PEM and prolonged recovery are supported by objective evidence in the scientific literature, including failure to normally reproduce exercise test results (2-day cardiopulmonary exercise test) and impaired cognitive function after exertion. There is sufficient evidence that PEM is a primary feature that helps distinguish ME/CFS (SEID) from other conditions.

Despite the absence of a specific objective alteration in sleep architecture, the data are strong that the complaint of unrefreshing sleep is universal among patients with ME/CFS (SEID) when questions about sleep specifically address this issue. While polysomnography is not required to diagnose ME/CFS (SEID), its use to screen for treatable sleep disorders when indicated is appropriate. Diagnosis of a primary sleep disorder does not rule out a diagnosis of ME/CFS (SEID). 5

Cognitive impairment in ME/CFS (SEID) includes problems with thinking or executive function exacerbated by exertion, effort, or stress or time pressure. There is sufficient evidence that slowed information processing is common in patients with ME/CFS (SEID), and a growing body of evidence shows that it may play a central role in overall neurocognitive impairment associated with the disease (memory impairments, attention deficits, and impaired psychomotor function). Such a deficit may be responsible for disability that results in loss of employment and loss of functional capacity in social environments.

The committee found evidence of other manifestations of ME/CFS (SEID):

Pain is common in ME/CFS (SEID), but highly variable in presence, nature, and severity (with a higher prevalence in more severe cases). However, there is no conclusive evidence that pain experienced by ME/CFS (SEID) patients can be distinguished from that experienced by healthy people or those with other diseases. Pain associated with ME/CFS (SEID) can come in many forms, including headaches, arthralgia, and myalgia.

Sufficient evidence supports the finding of immune dysfunction in ME/CFS (SEID). Specifically, the committee’s literature search yielded data demonstrating poor NK cell cytotoxicity (NK cell function, not number) that correlates with illness severity in ME/CFS (SEID) patients and could serve as a biomarker for the severity of the disease, although it is not specific to ME/CFS (SEID).

There are several other symptoms that are reported less frequently but may support a diagnosis of ME/CFS (SEID). These include