Chronic Fatigue Syndrome (ME/CFS) - A Roadmap for Testing and Treatment Part I: Diagnosis by Hip 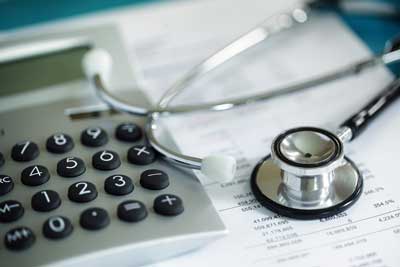 Also includes test laboratories, a list of US, UK and European ME/CFS experts and a place to get good bulk supplements at a cheap price.

Produced by a patient with extensive knowledge of ME/CFS. It's great to see all this information in one place.

Chronic fatigue syndrome (CFS), also called myalgic encephalomyelitis (ME) and usually abbreviated to ME/CFS, is a neurological condition characterized by cognitive dysfunction, mood disorders, fatigue, post-exertional malaise, and an array of other symptoms.

The following guidelines will help you determine: (1) whether you have chronic fatigue syndrome, and if so: (2) which laboratory tests can be performed to identify the infections and other possible factors that underpin your ME/CFS, and: (3) what treatments you can follow to address these infections and factors, and treat the symptoms that arise from them.

There are currently no laboratory tests or biomarkers that can be singularly used to diagnose ME/CFS, so diagnosis is performed on symptoms alone. ME/CFS manifests a whole array of clinical symptoms, both physical and mental/cognitive, which typically include the following:

Ruling Out Other Conditions

The inherent problem with diagnosing ME/CFS by its symptoms is that many of the same symptoms manifest in other diseases and conditions such as: Lyme disease, hypothyroidism, celiac disease, lupus, anemia, hepatitis B or C, and many others.

Thus if you have symptoms resembling chronic fatigue syndrome, you and your doctor first need to rule out diseases and conditions with very similar symptoms before a diagnosis of ME/CFS can be given with reasonable certainty.

This combination of ELISA followed by a western blot (also called immunoblot) has been shown to be nearly 100% reliable in diagnosing Lyme disease.1Results are considered positive only when both the ELISA and western blot are positive.1

Symptoms: in Lyme there is often pain and swelling in the large joints, most often the knees; by contrast in ME/CFS there can sometimes be pain in the joints, but this occurs without swelling. Facial palsy can occur in Lyme, but this does not occur in ME/CFS. These differences in symptoms can act as a differential diagnosis, to help distinguish Lyme disease from ME/CFS. Living or working in a Lyme risk area increases the likelihood you may have Lyme. This chart shows the incidence (and thus the risk) of Lyme across US states.

Note: although here we are trying to differentiate Lyme disease from ME/CFS, some doctors view Lyme as just a particular form of ME/CFS.

Celiac disease is an autoimmune reaction triggered by gluten, causing damage to the small intestine and nutrient malabsorption. Celiac disease symptoms vary widely between patients, but can resemble those of ME/CFS.

Info: Celiac Disease Symptoms. Transglutaminase antibody blood test and an upper endoscopy with biopsy of the duodenum are used to diagnose celiac disease.

SLE is an autoimmune diseases that can cause various symptoms such as joint pains, muscle pains, skin rashes, fatigue and brain fog.

Though note that ME/CFS patients who also have autoimmune conditions such as Sjögren's syndrome or Hashimoto’s thyroiditis are more likely to have a positive ANA. So while not perfect, the ANA test can be a useful tool to help distinguish SLE from ME/CFS.

Up to 50% of SLE patients exhibit a red butterfly rash on the face, which is not found in ME/CFS.

Anemia is a decrease in the number of red blood cells, or a decrease in the amount of hemoglobin in those cells, either of which results in a reduced ability of the blood to carry oxygen. The symptoms of anemia are similar to those of ME/CFS. Anemia can be diagnosed by a full blood count.

More info on testing for anemia: How Anemia Is Diagnosed and Treated.

Hepatitis B or C virus infection