How To Use Your Smartphone to Detect Sleep Apnea

Check out the link for rest of the interview
Shiv Gaglani, Medgadget: How did you come up with the idea for Zee Appnea? 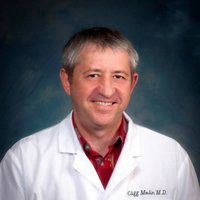 Dr. Clifford Molin: The idea for this App actually occurred after downloading another App that demonstrated the functionality of existing sensors available in smartphones. One of the sensors available was a decibel meter that displayed the sound amplitude in a waveform tracing. Being a sleep physician interested in breathing problems I was curious to see if I could emulate sleep breathing patterns using the App on the smartphone. What appeared was a pattern of breathing that was consistent and reproducible. I was then able to reproduce on the smartphone abnormal breathing patterns that can only be demonstrated while doing an actual sleep study in the sleep lab.

The need for such an App, became clear to me after seeing one woman after the next coming in to the sleep clinic armed with a smartphone recording and with their significant other (the prospective patient) in tow. The smartphone recording demonstrated snoring and then a prolonged period of silence. What was being captured was sleep apnea. With this evidence in hand the bed partner had no choice but to agree to a sleep evaluation. The App could provide a more sophisticated and objective risk assessment tool than a crude recording of snoring. 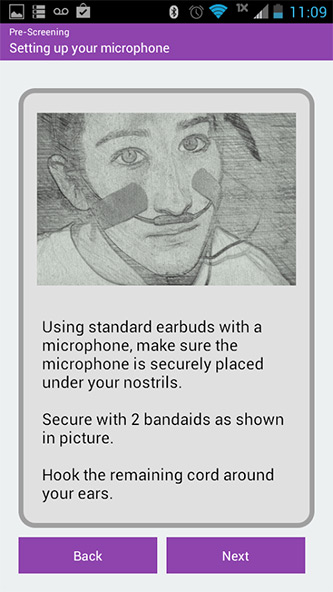 Medgadget: Can you describe the current problem?

Dr. Molin: Currently 80% of individuals with sleep apnea are undiagnosed. A simple objective screening tool is essential to increase awareness of this disorder and encourage further evaluation. Sleep apnea symptoms like snoring and pausing to breath occur while sleeping, so are not evident to the sufferer.

ZeeAppnea helps reinforce the fact that the problem is real and quantifiable by providing actual displays of sleep breathing pauses generated by the smartphone recording.

The ultimate hope is that ZeeAppnea App, will provide a simple way, to objectively identify sleep apnea risk, so those suffering from this disorder can be identified and treated in an expeditious fashion.