Source of the Story
Someone related to me

Functionality at it's Worst
Mostly homebound

Treatments That Helped
Exercise both aerobic and weight training.

Treatments That Made You Worse
rest

This coming August will mark two years since our son got sick, so 20 months ago. When he first became ill, he was 5’3.5’’ and 105lbs. He drew down to 95lbs and is now 5’10’’ and 150lbs – WOW. If you search the web for POTS success stories or Dysautonomia success stories, not much comes up. The people who do claim success usually have secondary POTS and were able to find a cure for the primary illness.

Further, I get why people don’t claim success, because you are always holding your breath waiting for the symptoms to reappear. At Mayo, a past patient (who is now living a full life) addressed the class about his experiences at Mayo. One of the mothers asked if he still had POTS. He paused and said, “yes, I still have POTS if I stop to think about it, but I don’t think about it anymore”. I think our son is approaching this “have-it-yet-don’t-need-to-think-about-it” level of health. 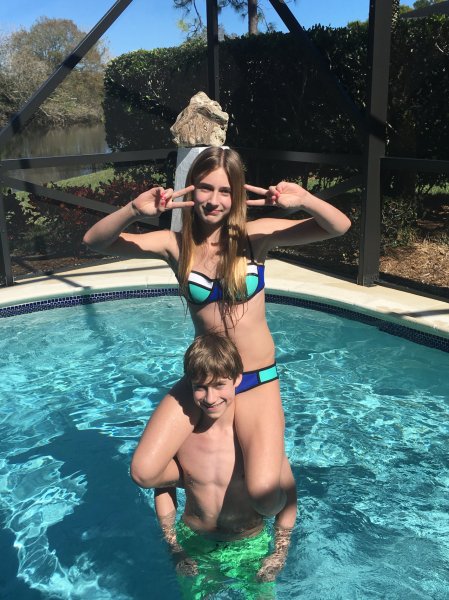 [/fright]Our son still has POTS (his pulse is still 90bpm when he stands up – or even just sitting – and if he stands still his pulse will go meaningfully higher), but his symptoms have improved GREATLY. He is still on Midodrine, salt, water, exercise, and iron supplements. BUT, he has great energy, his appetite is back to normal, AND he is not suffering from exercise intolerance. Additionally, we have tapered down his Midodrine dose by 1/3. He would like to taper completely off this summer (we will see how things are going).

I think anyone who has unexplained gut issues and has gone through the battery of tests without a diagnosis (plus anyone who gets lumped into the CFS/ME world) should get checked for POTS or at least do a poor-man’s tilt table test.

If you do have POTS, then it is imperative that you go on the salt, extra water, Midodrine or beta blockers, and exercise protocol AND, you need to get your Ferritin iron levels (not just your overall iron levels) & vitamin D levels checked.

The best things we have done for our son were

(1) going to Mayo Clinic AND
(2) getting him Venofer IV iron sucrose infusions.

Jack’s Ferritin iron levels were in the high teens for months. We were on an oral iron supplement, but his body was not absorbing the iron orally. We read about a doctor in Dallas who had given Fereheme infusions to a few POTS patients with great results. Fereheme has some adverse side effects, so we ended up getting Venofer iron sucrose infusions with a hematologist in Westchester, NY.

His Ferritin went from the high teens to 50+ and he felt much better within days (he could actually feel a difference on the day of the infusion!). When we added the trip to the Mayo PPRC on top of the infusions, HE GOT HIS LIFE BACK!!!

My Wife put much of the information from her Month with our Son at Mayo on the attached blog. We hope our experiences can help others on their journey back to health.

Great!
It an amazing story - particularly the iron part - I had never heard of that; congratulations in your success with your son.
Read more…