Anyone else feel good between 6pm and midnight?

I have significant sleep inertia when I wake up, and after my 10am nap. (It might be what others call 'mental fog' but I've always thought of it as sleep inertia). I try to keep pretty still until around 3-4pm, or else I get very tired and achy. At 4-5pm, I can walk my dog slowly for 20 minutes and feel ok afterwards. After 8pm I can exercise vigorously without consequence. I go to sleep around midnight and sleep soundly. Is this a pattern that resonates with anyone?
K

Quite a few people report feeling better and more energetic in the evening. I get that sometimes, which really isn't helpful, since significant activities past 2PM give me insomnia later.

Sounds familiar. I do not feel like doing anything until around that time.

I was wondering why I feel better in the evening. Reason I wonder??
K

I’m slightly better in the evening and have a lesser chance of crashing after 8pm. If I crash it’s usually before 4pm. it’s not great for me in the evenings either though, but definitely better than morning-afternoon.
J

I read somewhere that it might have to do with cortisol being high in the morning and your immune system working better at night. Maybe that's what enables me to exercise more successfully at night. Such a complex condition!

My cortisol has always been quite high in the morning, yet I keep reading that we have low cortisol.
J

I think there's so much variation among individuals. We all feel more fatigued than the 'average' person, but the particulars are idiosyncratic. I was shocked when I discovered I had a small, late evening window where I could exercise.

I seem not to in the few weeks I've been exercising after 8pm. Whereas a slow 20 min. dog walk in the morning wipes me out for the day.

I have this, I'm always tired in am and always wake up in the evening and feel better. I tend to think it's an autonomic system issue since that has control over sleep and a lot of my other symptoms seem to be autonomic system symptoms.
D

Cwmcmahan said:
I was wondering why I feel better in the evening. Reason I wonder??
Click to expand...

I believe the elephant here is hiding in plain sight: non restorative sleep.

What do we have then? Well, each day people need to recover, restore and regenerate to compensate for the "cost" of their activities (and the maintenance and repair of their bodies) and be at roughly the same energy levels the same time of each day if days were equal.

Under this hypothesis, the healthy person has recovered enough during the day to be al topped up in the morning and has "40% of margin" to spend on activities during the day.

The person with ME/CFS however is at his weakest in the morning. He first needs to top up on reserves and energy before being able to do anything useful at all. He needs to slowly rebuild his reserves and capacity starting from the moment he awakes and he has to do such at a moment that is ill fitted to recover: the day. He first sort of needs to "pay off the debt created during the night".

Suppose he needs to rebuild his reserves to his peak, 60% of the capacity of what a healthy person has and reach it late afternoon or early evening. From the late evening till bed time, further activities have it decline to 50% again before going to sleep. Late evening is one of the few moments he has "free energy" to spend.

=> Now whereas the healthy person has "40% excess or reserves to freely spend on activities during the day", our ME patients body has to work during all morning and early afternoon to recover and restore a 30% deficit! See the huge disparity?

This idea seems both very logical and very outrageous at the same time. One can't possibly recover during the day can one? So this can't be correct to start with? Well, a healthy person running a marathon in the morning can and will (need to) recover by resting a lot and doing very few in the afternoon. That will help him to be topped up a bit again by the evening of the same day. The next day, the additional recovery of the night will have made him extra refreshed by next morning.

=> So, recovering during the day is a perfectly possible thing. It automatically happens when someone is very tired and needs to rest. It goes hand in hand with feeling depleted, fatigued or exhausted and having a huge desire to rest and very few desire to do anything at all when one has to recover during the day.

Then there remains the question "can it be possible to actually have reduced reserves in the morning compared to the evening, isn't that just a feeling and a way of saying how one feels?"

Well, let us just give one example of what could make that happen. Suppose our patient has severe apnea. Then, breathing falters and gets very bad during sleep and the patient and his brain suffer from a fairly harsh shortage of oxygen during much of the night. A severe lack of oxygen during the night, that should be enough to worsen the condition of the patient during the night shouldn't it? During the day, that pattern can be broken by the apnea being broken and the patient somehow being able to breathe less bad.

There are many other options possibly making sleep non restorative / anti-restorative. Trying to not sleep at all doesn't solve the problem as sleep still has some essential components we vitally need even if the total effect of our sleep is non restorative. I hope I managed to explain the idea well enough. If not, ask questions for clarification.
J

I 'feel' like I sleep great. I'm 69 and don't even get up to pee. I've always had sleep inertia though, in the morning, and after my 10am nap is the worst. After my 3pm nap it's not so bad....then in the evening i feel 'normal' and exercise normally! Then I wake up and the golden slipper is gone yet again. I know the immune system works best at night, and cortisol is highest in the a.m.....maybe that's a factor.
C

I consider the 'unrefreshing sleep' symptom listed for ME to be misleading. I don't think we (or at least I) don't have less refreshing sleep than non-ME people. I think we just have a neurological abnormality that feels similar to waking up from unrefreshing sleep. I can occasionally have what seems like higher quality sleep (wake up fewer times), yet I still feel the same level of sluggishness and grogginess as when I had worse sleep.

Have you ever measured your temperature at different times of the day?
I find that the pattern you describe (which I also experience since I was a kid) correlates to my temperatures not rising to 37C until later in the day.
Adrenaline and stress hormones can also keep your temperature up 'artificially'.

This connects to thyroid function.

Have you tried T3 and/or T3/T4?
There are other measures one can explore to straighten out one's metabolism, concurrently -
feeding to address the hypoglycemia, never crashing (pacing), etc. 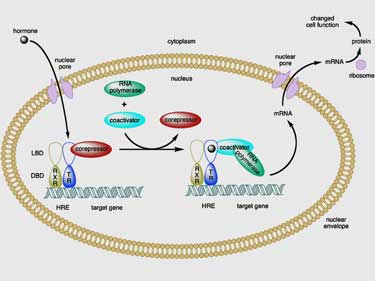 Thanks to Dominic for posting his comprehensive and fascinating overview of the use of T3 in chronic fatigue syndrome (ME/CFS) and fibromyalgia (FM) Please note that Health Rising does not provide medical advice or recommend treatments and Dominic is not a doctor. Please be aware, as well, that...
www.healthrising.org

- : : Note that it seems Dominique has teamed up with Dr. Jonas Bergquist : : -
Berquist mentioned in the OMF video that they are now moving on to testing these approaches in ME/CFS patients.

We here provide an overview of treatment trials for prolonged intensive care unit (ICU) patients and theorize about their relevance for potential treatment of myalgic encephalomyelitis/chronic fatigue syndrome (ME/CFS). Specifically, these treatment trials ... 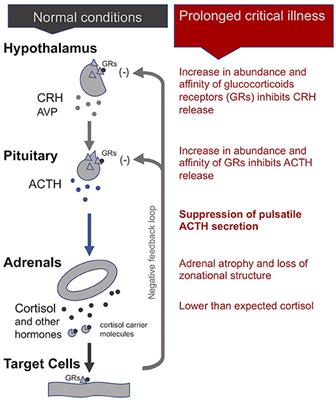 Here the hypothesis is advanced that maladaptive mechanisms that prevent recovery in some intensive care unit (ICU) patients may also underlie Myalgic encephalomyelitis/chronic fatigue syndrome (ME/CFS). Specifically, these mechanisms are: (a) suppression of the pituitary gland's pulsatile... 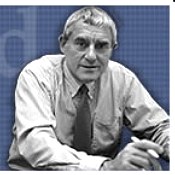 power-surge.co
He's got a book outlining his approach.

In general, I tend to think most of us do better with microdoses of most vitamins/minerals.
and if you are not yet in the severely ill category, the road to recovery/cure should be that much easier
i/e/ needing less interventions from supplements.

There's also Roda Barnes if you are interested on the subject.