Staff member
"It is clear that for patients who survived Ebola virus disease, the story does not end with their discharge from an Ebola treatment unit in West Africa or a hospital in the U.S." Dr. Timothy Uyeki, senior author of the study and part of the Centers for Disease Control and Prevention's Ebola Response Team.
​
[fright] 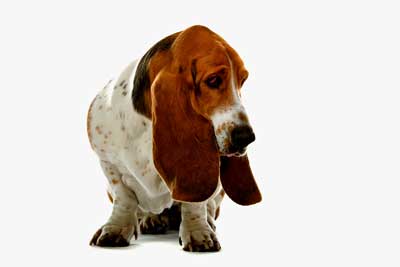 [/fright]
A CDC study following the nine people in the U.S. known to have contracted Ebola Virus has found that most experience continuing problems despite the fact that the virus is believed to have been cleared.

Interestingly, as in ME/CFS and FM their symptoms involved many organ systems. The increased fatigue, joint pain, short-term memory loss, insomnia and depression many are experiencing are reminiscent of ME/CFS and FM.

Dr. Ian Crozier was the sickest of the sick. His viral loads were higher and he spent over ten days on a ventilator. After "recovering" he experienced seizures, excruciating back pain (not tied to injury), hearing loss, severe tinnitus and eye problems so severe that he nearly lost his sight. He often has trouble remembering the word he wants to say. In a recent overview of his life since surviving Ebolavirus, Dr. Crozier sounded, in his exasperation and surprise at the turn his life has taken, nothing so much as an ME/CFS patient.

The survivors symptoms vary and many are in better shape nine months or so later than many ME/CFS patients. While they all got very sick they also all got antiviral therapy. Only one person person has fully recovered.

Of the 11 patients treated in U.S. hospitals, nine survived. In March, doctors with the CDC checked in with eight of these survivors, to see how they were doing, an average of five months after their discharge. (The ninth survivor was still in the hospital at the time of the survey.)

Fatigue, joint pain and hair loss were the most common complaints. Six survivors said they were experiencing psychological problems that included short-term memory loss, insomnia and depression. Five patients had eye pain or blurry vision — symptoms that have been reported by survivors of other Ebola outbreaks since the 1990s.

Only one survivor reported that all the symptoms of the illness had gone away. But six said they had been able to return to their normal daily activities within two months of leaving the hospital.

"These people were generally healthy before Ebola," says epidemiologist Uyeki. Many of them are health care workers who contracted the disease while caring for others.
Click to expand...

It's amazing that the CDC is following eight Ebola virus survivors in the U.S. while ignoring the hundred or thousand or so young people every year who get infectious mononucleosis - a disease known to cause at least short-term ME/CFS in about 10% of patients.

The good news is that the NIAID in conjunction with Liberia has launched a five year study examining the health of the survivors. Dr. Jason is conducting a large infectious mononucleosis/ME/CFS study at a University. That will hopefully bring more attention to the issues of post-infectious illnesses.

Interesting . Will they get cbt/get to further improve them ???

What was the antiviral therapy? Interferon maybe?? I remember hearing that cmx001 was being looked into but heard nothing concrete.

Staff member
If they haven't they probably will at some point.

I believe it was an experimental drug but am not sure. I don't remember interferon being mentioned...

Strike me lucky said:
Interesting . Will they get cbt/get to further improve them ???

What was the antiviral therapy? Interferon maybe?? I remember hearing that cmx001 was being looked into but heard nothing concrete.
Click to expand...