I think this is the peptide that Rich from ProHealth referred to on FB earlier in the year. Maybe?

Anyone ever heard of it? Or the trial?

Science
Our science is based upon deep understanding of the corticotropin-releasing factor (CRF, also corticotropin-releasing hormone or CRH) system and its role in controlling the response to stress. The CRF system is comprised of 4 peptides, CRF and urocortins 1, 2 and 3, which bind to 2 receptors CRF1and CRF2(and splice variants thereof). 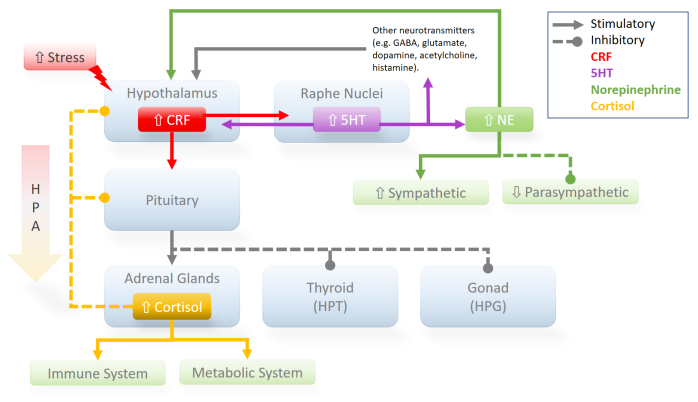 Internal or external stresses trigger the release of CRF from theHypothalamus, stimulating pituitary hormones to block non-essential function (thyroid and gonads) and causing theAdrenal glands (i.e., the HPA axis) to release cortisol, which coordinates the immune and metabolic response to stress. CRF also interacts with serotonin (5HT), which modulates norepinephrine and the autonomic system as well as other key neurotransmitters (GABA, glutamate, dopamine, acetylcholine, histamine) within the limbic system and forebrain, to modulate the behavioral response to stress.

Our research suggests that the upregulation of a single, stress-related receptor, CRF2, (in the raphe nuclei and limbic system of the brain) can explain the symptoms and anomalies of ME/CFS. Overstimulating this receptor induces many of the symptoms of ME/CFS in healthy animals, and we have developed a therapeutic candidate (CT38) that downregulates the receptor.

Having successfully completed a Phase 1 clinical trial (in healthy human subjects) under FDA oversight, we are planning to test CT38 in ME/CFS patients. We believe that a short course of treatment with CT38 may be curative.
Click to expand...