DEA Woofs On Reclassifying Cannabis - But Increases Access to Researchers

Staff member
With the DEA's ruling on Friday, "pot" - the marijuana that virtually everyone over the age of 16 and under the age of 70 has tried - will remain classified as a "highly addictive drug with no proven medical value".

The fact that almost half the states in the country have legalized medical marijuana, and that millions of Americans spend several billion dollars on what is essentially an uregulated drug, apparently didn't mean much to the DEA. With the largest state in the Union, California, perhaps poised on legalizing marijuana altogether, the DEA is looking ever more and more out of touch. 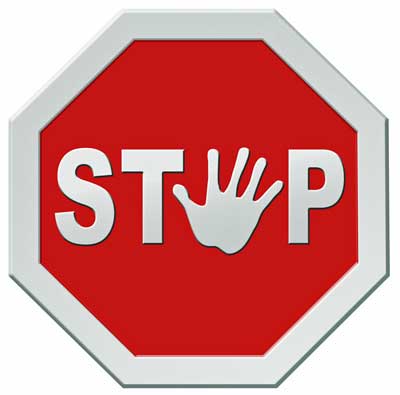 [/fright] A ruling remove the Schedule I Classification would have removed barriers to research, increased access to and oversight over a popular treatment choice.

The DEA,however, pointed to the lack of scientific evidence that marijuana has medical benefits in humans. In fact hundreds of studies have been done on marijuana but they're not the kind of controlled clinical trials, the DEA is looking for. What the DEA didn't point out, though, is that the stifling regulations associated with cannabis being a Schedule I Controlled Substance have made if virtually impossible for researchers to effectively study the drug in humans.

Researchers are certainly eager to dig into the hundreds of substances the plant contains. Endocannabinoid receptors, it turns out, are present throughout the central and peripheral nervous systems of humans. The endocannabinoid system affects appetite, memory formation, energy metabolism, the stress response, the autonomic nervous and immune systems, sleep and others. It's rich with promise.

The DEA isn't going to reclassify the drug but it will allow Universities and companies that meet its strict standards to grow marijuana for research purposes for the first time. (Legally grown pot for research purposes has been restricted to the Univ. of Mississippi for 50 years) Importantly, the new regulations will also allow companies to study strains that could be used in clinical trials. That was prohibited before and is ultimately a big win for medical marijuana research and possibly the development of new drugs.

In fact, the deputy director of the National Organization for the Reform of Marijuana Laws, Paul Armento, told the New York Times that that change was more important that rescheduling the plant. Armento said “removing this arbitrary hurdle to research could have more significant ramifications than simply rescheduling from 1 to 2.”

Researchers will, however, still face a daunting array of bureaucratic hurdles that will probably thwart many from studying it. The ruling probably won't change, for instance, Jarred Younger's stance on studying it, Marijuana may have microglial inhibiting properties, but getting through the regulations is too burdensome for a researcher like Younger to take marijuana on. The ruling could however, lay the foundations for researchers like Younger to more easily the study the plant in the future.

Marijuana is not a benign plant; smoking it clearly increases the risk of developing schizophrenia as an adolescent, but given how extensive the endocannabinoid system is in the body, and medical marijuana's many possible positive effects it surely deserves as much study as possible. Several surveys suggest that it's far more effective in fibromyalgia, for instance, than either the FDA approved drugs for the disease or opioids.

The ASA, Americans for Safe Access, http://www.safeaccessnow.org/ has started a petition asking the Federal government to enforce the law that says Federal institutions may not lie to the public.

They have cited dozens of lies on the DEA website regarding cannabis and are asking the government to force the DEA to remove the lies and misinformation. Simply parroting the chant that there are no studies on the medical applications is one glaring lie since there has been research available since the 1960s -- coming out of Israel and Spain for example.

If the DEA thugs are too dumb to read the research, there are multiple videos on youtube.com with scientists revealing what they have found. If they were to search "cannabis research" they would find dozens of scientists testifying about the many medical applications. Some of those scientists are even American. They have to do only survey type research, asking those who use to participate in studies using questionnaires.