I've suffered with a CFS/ME like problem for over 10 years. Its slowly progressed and I finally understand the cause but not the underlying mechanism. I've been to UCSF, Stanford, Mayo Clinic, John Hopkins and many local doctors. After maybe 40 different doctors, I've yet to hear one try and diagnose based on first principles - Basic Physiology. Maybe they think privately think about it but none really share their process. Has anyone actually seen any Bay Area doctors who might actually "think" rather than pattern match symptoms too a list they have memorized? I'll explain.

I have experienced body-wide and brain hypoxemia that primarily occurs while sleeping but I do experience the beginning of symptoms when very sleepy and my heart rate and O2 saturation are at or near normal minimums ( 52bpm / 92% ). I've come to believe and have good evidence that during my sleep at a minimum heart rate ( below 50bpm), my cells are receiving inadequate oxygen and my muscle begin to have pain and I experience a myriad of neurological symptoms. I've confirmed my Oxygen saturation never drops below 90% and using supplemental O2, I can hold it near 99% with minimal apnea events. I've done this with a home recording pulse oximeter dozens of times.

So with normal O2 saturation, when my heart rate drops to its minimum, hypoxemia begins. So from a physiological point of view:

A---Either my respiratory and circulatory system is somehow producing 97%+ O2 sat at my finger but my cells are not getting enough O2.
OR
B---My cells are getting normal O2 profusion but my mitochondria require more O2 than my circulatory/respiratory system deliver normally at minimum heart rate.

I've had mtDNA sequencing which found 15% of the mitochondria have severely damaged mtDNA with 15% mtDNA 6.3kb deletions damaging 4 complete genes disabling those mitochondria completely - no ATP production. But the mtDNA sequencing was done this year 2021 but it was done at UCSF on a 2017 muscle biopsy sample that was in the freezer. So did freezing damage the sample or was it correct. But that was 2017 and my symptoms are now horrific so has it become far worse. Getting another biopsy is difficult - I think? Does it really require surgery?

Ok that supports B above. But before pressing for another biopsy, is there actually a circulation problem that shows ok O2 sat at my finger but there is not really enough O2 at the cellular levels?

Does anyone know what tests that are simpler might help determine whether A or B is correct and focus looking for a solution?

What would blood CO2 be in these cases. I don't experience any feeling like I need to breath hard upon awakening which suggests my CO2 is normal. No apparent acidosis caused by excess CO2.

What about Lactic Acid or Lactate/pyruvate ratio? Ideas? Doctors who would think like this?

My post asks how to physiologically "break to problem into halves" basics so I could try and find a mechanism so I would know where to focus solutions on, if any - if that makes sense. So far I have done a number of attempts at solutions and further testing with limited results. Its very very difficult to get ANY doctors help at proposing solutions to try, designing "test" solutions to get further evidence toward ideas and justify possible solutions. The problem is I'm not all knowing and without some additional mechanism ideas, I'm not sure what to try. I'm not really trying to "prove" one theory or the others but rather trying to get eveidence that doctors will look at and propose possible solutions that are sensible and based on some reality. So here is a partial list that comes to mind. Its incomplete as my memory sucks:

--- I've tried supplemental Oxygen with does help some. But doesn't help with A or B
--- I've use caffeine, theophylline and pseudoeffedrine to speed up my heart while sleeping and it works - sorta. All definitely reduce my symptoms by 75% + with caffeine and especially long acting theophylline the best. But try living while using caffeine to sleep. Ok it provides strong evidence its my heart rate that is involved - but one doctor says he thinks its the caffeine molecule doing "more" but making suggestions is his best contribution to this. Yes caffeine and theophylline are Adenosine blockers and Adensone pathways are suspicious. But doesn't help with A or B
--- I've tried many other drugs to see if they modify the symptoms with little to no help
--- I've taken iron supplements to see if I can increase red blood cell count or hemoglobin O2 carrying capacity with no real effect. My CBCs show normal hemoglobin and red blood cells
--- Blood smears don't show any red blood cells "shape" issues
--- I have chronic SIBO probably from paralyzed GI motility from lack of O2. I've tried just about every possible GI SIBO and IBS, parasitic, etc.. treatment but I can cure SIBO for weeks but not severe constipation with Rifaximin. Its obvious to me that my GI nervous system and muscles are suffering the most followed by my brain and them large muscles.
--- I've had sleep studies and have gone through 2 CPAP machines with no help what so ever.
--- I've asked about cardiac pacemakers to keep my heart rate above a certain level. Doctors freak out without evidence.
--- I've worn a Zeo-patch ( cardiac monitor) twice for 2 weeks with one showing nothing and the most recent didn't work for all 2 weeks and showed nothing. I'm getting another next week. Three Echocardiograms showed my heart is ok.
--- I've tried the mitochondrial cocktail at least three times for long stretches. I recently restarted a creatine, CoQ10, L-Carnitine, B-Vitamin Complex, good Multiple Vitamin, Alpha Lipoic Acid, NAC DHEA cocktail.
--- I've tried low dose physiological hydrocortisone ( <15mg/day tapered) and various prednisone. Higher dose Prednisone ( >=20mg) made things much worse.
--- I've tried daily 10,000 lux light therapy and nightly melatonin ( my melatonin daily curve is inverted) - makes me curious about Adenosine curve? Caffeine?
--- I had my blood mtDNA sequenced but it did not find the same mtDNA deletions. Blood is made so regularly it might not show the same results as a muscle cell.
--- I've tried just about every supplement cocktail known to man.
--- I've tried getting up and walking around as the hypoxia begins to cause pain and neurological symptoms to increase heart rate and circulation and it works. At least ti I get tired, lie down fall asleep and it all starts again.

That's all I can think of right now ( there are many more) but most of the doctors I've seen are horrified with "tests" ( like my caffeine test), things like pacemakers, biopsies ( to double check the 4 year old frozen biopsy mtDNA sequencing ), etc...

I asked about this but was blown off...
https://rarediseases.org/rare-diseases/mitochondrial-neurogastrointestinal-encephalopathy/

Some solutions are complex and difficult and one needs a rock solid diagnosis from the proper expert to even have it considered... like mitochondrial problem trials

So I've done lost of solution trials and so far caffeine and theophylline show the most results but are unworkable in real life - try sleeping on theophylline every 3 hours as you get hypoxia as it wears off. 2 hours works best but that's dosing every few hours or 5 times a night. 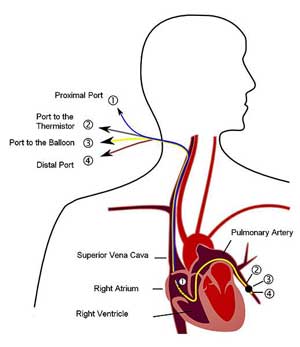 Researchers and doctors get interested in ME/CFS in different ways. Many have a personal connection, but for David Systrom, a pulmonologist, it was all about demand. He didn’t seek chronic fatigue syndrome patients out – quite the contrary. When Systrom was given control of a clinical...
www.healthrising.org 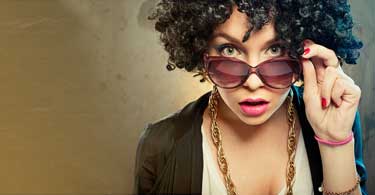 She’s had chronic fatigue syndrome (ME/CFS) for twenty-eight years and has left no stone unturned in her attempts to get well. She’s traveled widely and seen some of the best ME/CFS doctors in the world. Despite being connected to the hilt in the ME/CFS, her results have been all too […]
www.healthrising.org
B

You have set a really complex, and detailed, situation with only a couple of questions which I'm not sure if I can answer but I will see if I can suggest some things. I have perfectly normal oxygen saturation despite acute respiratory failure and severe sleep apnoea. Nothing about my condition fits with what doctors regard as normal. I'm told that I don't wake up during apnic events because I hyperventilate after each one. It's only the pulmonary function test which demonstrated the severity of my condition and physicians are convinced that it's the combination of being a non-smoker and pelvic breathing which has kept me alive. At a cellular level it is possible to have a variety of issues which mess with oxygen supply. A variety of factors increase the affinity of oxygen for red blood cells and so prevent it from leaving the blood. Destruction of myoglobin, the protein which draws oxygen from the blood, results in the oxygen remaining in the blood. Issues with cell membranes can reduce their permeability, so reducing oxygen intake. Since doctors weren't much help early on I had to research all of these before the respiratory failure was determined. Low production of energy using oxygen probably means that your cells are producing some energy anaerobically. The best that I can work out, at the moment, is that lactate and lactate dehydrogenase levels are the way to monitor how much of the energy is produced using glycolysis. It's an inefficient method, resulting in chronic fatigue, but it will keep you alive for a long while if you're lucky.

[ it's amazing how doctors seem to have forgotten this basic principle ]

have you tried getting more CO2 in / conserving the little you are making?
soda water / sodium bicarbonate (in a bath works) / taping your mouth / keep talking to minimal or zero / paper bag breathing / high altitude / aspirin / B1 / enough carbs to support whatever the metabolic rate you are at / etc
Last edited: Oct 9, 2021 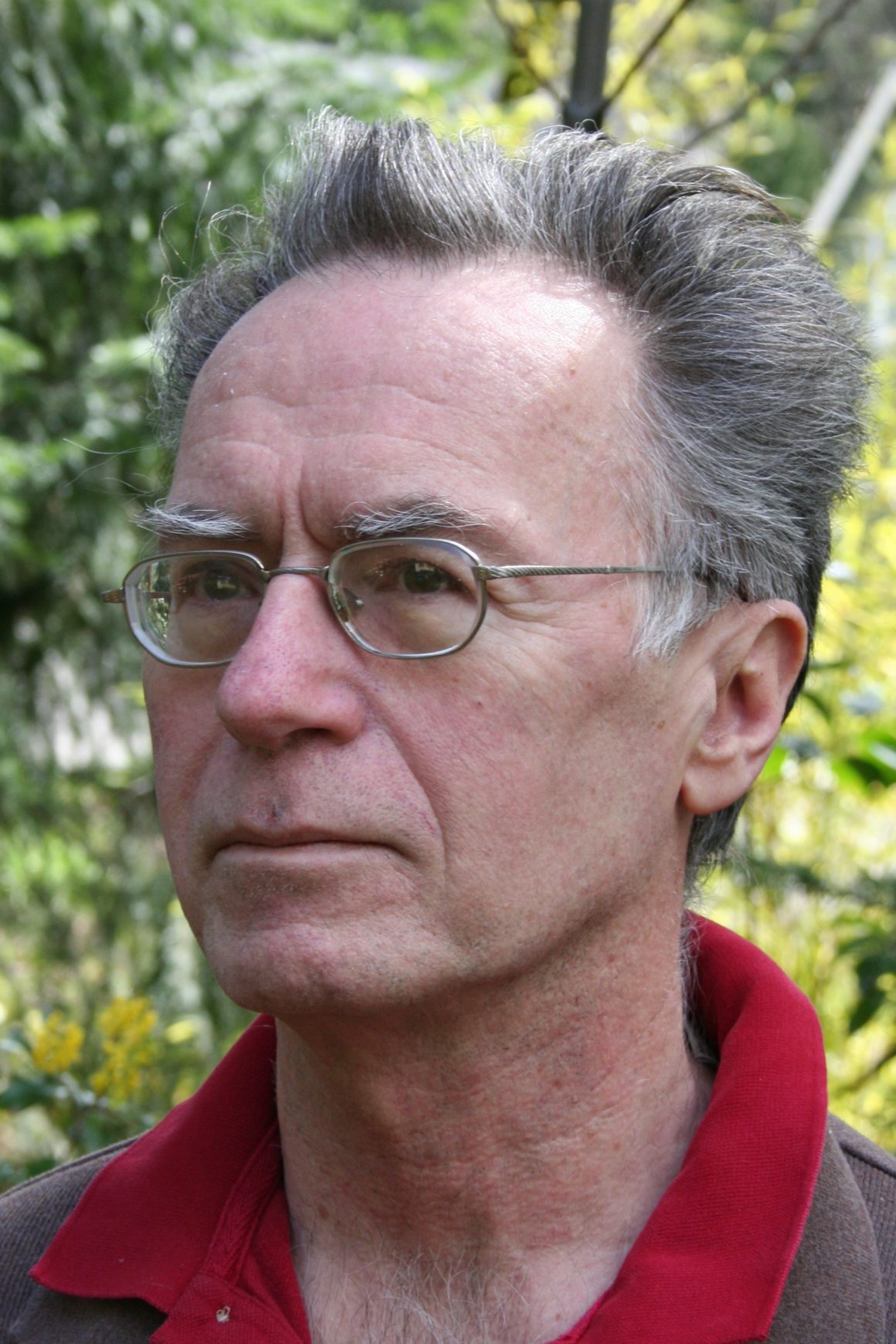