Do 50% of the People Diagnosed with ME/CFS Not Have It?

These reports provide clear, formal evidence that almost half of patients referred from primary care with a diagnosis of ME/CFS actually have something else wrong with them – a fact that is not discovered until they are lucky enough to be seen at a specialist clinic. This seems like misdiagnosis on a grand scale.
Click to expand...

Misdiagnosis on a grand scale? 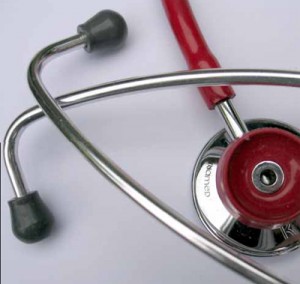 Around 190,000 people have a diagnosis of MECFS in the UK, and there are approximately 9,300 newly diagnosed cases each year. Yet, how valid a diagnosis of ME/CFS really is depends crucially on the rigour of the initial clinical assessment, and the efforts made to exclude other treatable conditions that might be causing the collection of symptoms. If the examination is cursory – and if the clinician is sceptical, alienated or just plain disinterested – the “diagnosis” can easily become a convenient lay-by for clinically complex cases that don’t fit into any other category.

Every year ME Research UK gets about 400 calls or e-mails from patients. A small number of these – not a flood, but a regular trickle – are from patients reporting that they have improved after being re-diagnosed with and treated for another condition. These conditions have included Addison’s disease, multiple sclerosis, sleep apnoea, primary mitochondrial disease, primary liver disease and paranoid schizophrenia – and in every case the caller has been content with the re-diagnosis and/or the new treatments it has brought.

So, there is certainly anecdotal evidence that something is amiss with the diagnosis of ME/CFS at the GP surgery. Thanks to two good scientific papers from reputable clinical research groups in the UK, we now have formal research evidence to back up these patients’ anecdotes.

In the first – originally published in 2010 in the Journal of the Royal College of Physicians Edinburgh (1) – researchers examined the records of every patient referred by local GPs to the Newcastle CFS/ME Clinical Service. The key finding was that 103 (40%) of referrals were eventually diagnosed with other conditions which could explain the concatenation of symptoms. The main alternative diagnoses in these patients were fatigue associated with a chronic disease (47% of all alternative diagnoses); a primary sleep disorder (20%); psychological/psychiatric illnesses (15%, most commonly, depression, anxiety and post-traumatic stress disorder); and cardiovascular disorders (4%).

The second, recently published report examined the prevalence of alternative diagnoses in patients referred by GPs to the specialist clinic at St Bartholomew’s Hospital, London (2). Its major finding was that a diagnosis of “CFS” was eventually confirmed in only 54% of patients. Of the rest, 53 patients (21%) were given alternative medical diagnoses (most commonly primary sleep disorders, endocrine disorders, nutritional disorders and pain disorders), while 54 patients (22%) received alternative psychiatric diagnoses (most commonly a depressive illness or anxiety disorder).

These reports provide clear, formal evidence that almost half of patients referred from primary care with a diagnosis of ME/CFS actually have something else wrong with them – a fact that is not discovered until they are lucky enough to be seen at a specialist clinic. This seems like misdiagnosis on a grand scale.

Something has to change. In the short term, continuing education for GPs should be beefed up – ideally with input from ME/CFS charities and experts. In the longer term, the problem could be resolved by the creation of ME/CFS Centres of Excellence at key points throughout the UK, offering biomedical assessment, proper diagnosis, treatment and onward referrals, all under one roof. As well as improving patient care, these centres would become validated “research resources” of properly diagnosed patients for biomedical studies of the future.
Click to expand...

I just read something yesterday, can't remember where, about a guys who's knee was really swollen. He worked in a building with Docs so would just take the elevator up.

He had two knee surgeries and was even told he might have cancer.

Eventually a nurse suggested he get testing for Lymes.

This kind of jibes with that article I posted a few weeks ago how doctors get tunnel vision and won't look harder because they get fixated on a thing and so do doctors after that.