Both the IOM and P2P reports urgently called for the creation or adoption of "validated chemical outcome assessments" (COA's). In fact, COA's were the only outcomes the AHRQ report called for- and they questioned if they could be developed.
These are the measures drug companies and doctors use to determine if a treatment is working or not. They are also used to determine if a research finding is associated with symptoms or not; i.e. if it makes a difference in a disease. They are a critical part of moving forward in a disease. Without them drug companies are hesitant to test products in ME/CFS because they're not confident the results are applicable. 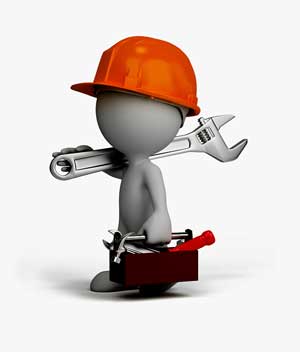 [/fright]Hopefully where there's a will there's a way. Long before the AHRQ, P2P and IOM reports, the FDA was well aware that these measures are lacking in chronic fatigue syndrome - an beginning to work on them. At the April, 2013 FDA workshop, the FDA convened a Working Group consisting of representatives from the FDA, NIH, CDC, and academia to find or create clinically validated outcome assessments for ME/CFS. Last year patient advocate Jenny Spotila joined that group.

Since these measures play such critical roles in drug development and research it's perhaps no surprise that rigorous guidelines have been produced around how to develop them. Five steps are necessary to create a COA.

First the "context of use" which includes a literature review of all the possible tools is produced. Then proposed outcome measure is tested and its reliability is established in exploratory studies. If it passes that hurdle it's tested longitudinally and modifications are created if necessary. If the measure is still "standing" after all that guidelines for use are produced and it's submitted to the FDA for approval as a validated outcome measure.

Jennie Spotila has been reporting on the group's progress for the past six months. Her March report indicated the group was enthusiastically moving forward:

First of all, I think it is fair to say that FDA is highly motivated to make progress on ME/CFS. The agency is not developing the COA tool itself, but they really want to help make it happen. Second, I have been able to participate as an equal member in the Working Group and in sidebar conversations. I have been treated as an equal, and my perspective as a patient has been sought out by the proposal team. Even better, my experiences as a patient have had an impact on the group’s work. This is a group that is open to data and information, and opinions shift as a result
Click to expand...

The Working Group believes or hopes that measures found in the PROMIS toolklit will be effective in measuring post-exertional malaise and fatigue in chronic fatigue syndrome. PROMIS is an NIH sponsored initiative that has developed a wide array of, as the NIH puts it, "highly reliable, valid, flexible, precise, and responsive assessment tools that measure patient–reported health status."

Since creating a new COA can be time-consuming and expensive, finding an already created tool that works is highly desired. PROMIS lists dozens if not hundreds of assessment tools including tools on physical functioning and fatigue.

Jennie just reported that the Working Groups proposed hypothesis - that a tool in the PROMIS database will work - has been accepted into the FDA's Clinical Outcome Assessment Qualification Program. The FDA will now work with the group to attempt produce a qualified COA.

Creating COA's isn't sexy but every disease that is taken seriously has them. We don't. Jennie reported that the Working Group is now looking for funding from the NIH and other venues to determine if a COA for ME/CFS exists in PROMIS.

Having a validated clinical assessment tool would obviously be a big step forward for chronic fatigue syndrome. The existence of the Working Group - which was convened by the FDA - is another sign that this disease is being taken more seriously. Instead of being a niche disease ME/CFS is slowly developing the tools and constituencies it needs to give it access to the possibilities funding, clinical trials... progress) present for (the mainstream medical community.

It is slow. It's taken the working group over two years to get to this point. It may take a couple more years to validate a COA. As Suzanne Vernon pointed out everything is slow at the NIH. It is, however, real and necessary progress.