Little Improvement in FM Treatment Over the Last Ten Years

Staff member
The European League Against Rheumatism (EULAR) just did it's ten year update on how to manage fibromyalgia. It turns out that they hardly needed to bother. Ten years later the only "strong" recommendation they could give is for exercise. Exercise certainly is important but no studies suggest that it can resolve FM. All other treatments had "relatively modest" effects. 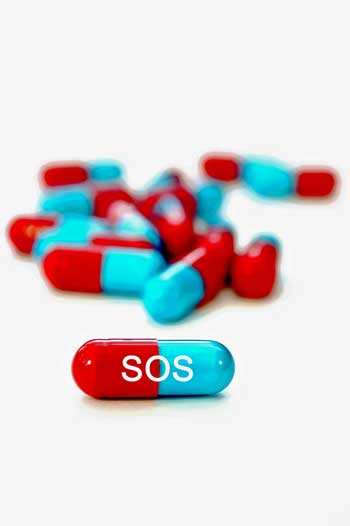 [/fright]In fact the results were so modest that they recommended that physicians first try non-pharmacological approach to FM, no doubt relying on CBT and exercise. Other than exercise all the other treatments were judged as "weak for", as in weak for reducing pain, weak for assisting sleep, etc.

A potentially side effect free and more powerful Lyrica-based drug and a reformulation of flexeril to improve sleep are in clinical trials right now.
In 2014 Consumer Reports, based on cost and effectiveness criteria, recommended that people with fibromyalgia try three generic drugs over the three FDA approved drugs.

The original European League Against Rheumatism recommendations for managing fibromyalgia assessed evidence up to 2005. The paucity of studies meant that most recommendations were 'expert opinion'.

A multidisciplinary group from 12 countries assessed evidence with a focus on systematic reviews and meta-analyses concerned with pharmacological/non-pharmacological management for fibromyalgia. A review, in May 2015, identified eligible publications and key outcomes assessed were pain, fatigue, sleep and daily functioning. The Grading of Recommendations Assessment, Development and Evaluation system was used for making recommendations.
,,,,
RESULTS:

2979 titles were identified: from these 275 full papers were selected for review and 107 reviews (and/or meta-analyses) evaluated as eligible.

Based on meta-analyses, the only 'strong for' therapy-based recommendation in the guidelines was exercise.

Based on expert opinion, a graduated approach, the following four main stages are suggested underpinned by shared decision-making with patients. Initial management should involve patient education and focus on non-pharmacological therapies. In case of non-response, further therapies (all of which were evaluated as 'weak for' based on meta-analyses) should be tailored to the specific needs of the individual and may involve psychological therapies (for mood disorders and unhelpful coping strategies), pharmacotherapy (for severe pain or sleep disturbance) and/or a multimodal rehabilitation programme (for severe disability).
CONCLUSIONS:

These recommendations are underpinned by high-quality reviews and meta-analyses. The size of effect for most treatments is relatively modest. We propose research priorities clarifying who will benefit from specific interventions, their effect in combination and organisation of healthcare systems to optimise outcome.
Click to expand...