“I think of ME/CFS as one of these (immune-mediated) brain disorders”
Click to expand...

Llewelyn King has done over 70 ME/CFS Alert video’s and for his 73rd he interviewed Dr. Mady Hornig. It was a timely interview given the recent immune study she and Ian Lipkin recently published. 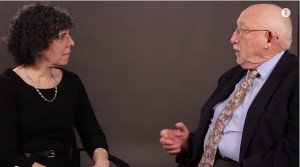 It was a nice setup. There was Llewelyn King with his implacable, patrician profile (and his wonderful British enunciation) sitting across the warm and expressive American, Dr. Mady Hornig.

How did Mady Hornig get interested in this field, he asked? She said she’s been fascinated by the effects the immune system have on the brain for over twenty years.

With that, let’s take a deeper look at Mady Hornig. She’s the lead author of the recent cytokine ME/CFS study funded by the Chronic Fatigue Initiative. She was trained as a psychiatrist. She’s currently an associate professor of epidemiology at Columbia University's Mailman School of Public Health. We know her better as a Director of Translational Research for the Center for Infection and Immunity. That Center, which is also lead by Ian Lipkin, focuses on pathogen surveillance and discovery, and understanding how genes and the environment combine to cause chronic illness such as autism and chronic fatigue syndrome.

The Center For Infection and Immunity specializes in pathogen detection - and chronic immune mediated illnesses.

The Center’s last four publications were on non-primate hepacivirus, African green monkeys and Nipah Virus Disease, ectoparasites in Norwegian rats - .and an immune signature in ME/CFS. In 2014 this group published 22 studies mostly on pathogens you’ve never heard of – and autism; they’re an eclectic group!
According to Wikipedia, Dr. Hornig (an MD) also directs the clinical core of an international effort focused on understanding the role Borna virus disease plays in producing mental illness. She’s also a central investigator in the 75,000 person Denmark Autism Birth Cohort (ABC) project. The ABC project is trying to understand how the large genetic component present in autism interacts with environmental factors (toxins, infections, nutrition, immune status of the mother) to produce autism.

Treatment
Dr. Hornig broke into a big smile when Llewelyn asked if they thought they might be able to come up with treatments to shut down the cytokine up-regulation seen in the shorter duration (< 3 years) ME/CFS patients.
Available Drugs May Be Able to Help with Short Duration Patients

Yes, she said. The shorter duration patients might benefit from three L-17 suppressing drugs. What is IL-17? Discovered in 1993, Il-17 is a relative newcomer to medicine science yet three IL-17 suppressing drugs have already been produced. Why? Because IL-17 plays a key role in producing inflammation in autoimmune disorders. It also suppresses the Th1 pathway responsible for killing intracellular pathogens. It revs up the branch of the immune system that causes autoimmune disorders and knocks down the branch that fights intracellular pathogens. 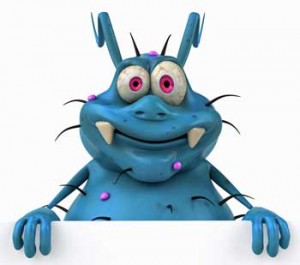 Intracellular pathogens love it when IL-17 gets turned on...

Anything that could impact notoriously hard to treat autoimmune disorders would be a huge win. Two IL-17 reducing drugs have been tested in psoriasis and at least one - Cosentyx™ - has been FDA approved for it.

If their findings stand up a simple biomarker test may be able to differentiate between people who have ME/CFS and those who are simply temporarily worn out could be in sight.

Just finding factors such as cytokines that are causing symptoms can provide relief. If cytokines are the problem– then a cytokine blocker could help out – but the Hornig/Lipkin team wants to go deeper. They want to figure out what’s got the immune system in a tizzy in the first place. For these pathogen experts that probably means an infection and that includes altered microbial populations in the gut.

Llewelyn asked a great question. Dr. Mady is the Director of the Center for Infection and Immunity but she’s also a psychiatrist and she keeps referring to ME/CFS as a neuropsychiatric disorder (fingernails on chalkboard). Llewelyn asked her what about this psychiatric stuff? 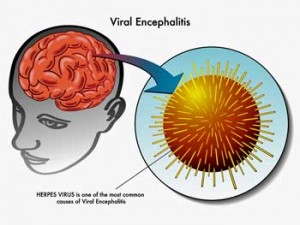 Dr. Hornig has been studying the bad things pathogens can do to the central nervous system for years
Referring to Parkinson’s and Alzheimer’s Disease, Dr. Hornig noted that the immune system affects the brain in many disorders. Personally, I don’t see any issue with ME/CFS described as having a “neuropsychiatric” component. I’m simply not the same person I was mentally or emotionally pre-ME/CFS. Calling it a neuropsychiatric disorder, however, seems to be leaving large chunks of it out. The PEM produced has got, one thinks, to have a metabolic component to it.

Dr. Hornig, however, has been dealing digging into the mental aspects of infection for years, however. Wikipedia lists her as having interests in autism, schizophrenia, attention deficit hyperactivity disorder, obsessive compulsive disorders, and mood disorders.

She's found that pathogens can do weird things to the brain. Her investigations into streptococcus bacteria (Strep) indicated that simply injecting the bacteria into mice caused them to constantly flip themselves up and down and interfered with their learning and memory. Removing the antibodies to the bacteria from their systems caused their behavior problems to stop.

When asked about whether ME/CFS was contagious, Hornig suggested they could find a pathogen that’s triggering ME/CFS early on – but probably not later. If their recent study findings are validated and they can come up with a biomarker, though, it’ll be easier to identify patients early, get them into the lab and catch the culprit in the act.

A couple of years ago she stated a pathogen may cause the immune systems of ME/CFS patients to become hypersensitive to pathogens. Her latest finding suggests that may be true. The immune system appears to be highly up-regulated in early ME/CFS patients - and then becomes underactive later on. Did it burn itself out over time? Is that what’s going with natural killer and T-cells?

Genetics is also certainly a player. Why nine people recover from infectious mononucleosis while one remains ill is probably, at least in part, due to genetics.
Where should funding go? Given what they found – high levels in so many cytokines early on in the course of the disease – a finding she said again, very much surprised them, she felt funding must to go to immune research.

so exciting to see a potential Actual Treatment for early-CFS
that might save thousands or millions of people from decades of suffering.

Staff member
Absolutely. And if they can validate their results - and produce a biomarker (upregulated IL-17 probably plus some others) - they'll have a test that can distinguish between people with ME/CFS - who could try the drug - and people who are just tired. What a breakthrough that would be...
You must log in or register to reply here.
Share:
Facebook Twitter Reddit Pinterest Tumblr WhatsApp Email Link