Dr. Terry Wahls learned how to reverse accelerating multiple sclerosis using an evidence-based, functional medical approach focusing on orthomolecular nutrients and nutrition. Using the lessons she learned at the subcellular level, she used diet to cure her MS and get out of her wheelchair. Her TED talk is quite convincing.

Contemporary medicine has not understood the basics of mitochondrial physiology. Most doctors have no idea why magnesium, bicarbonate, selenium and sulfur are important to the mitochondria. But basic science knows this so it is a wonder that information does not get out about what to do to repair and fire up the mitochondrial energy factories of the cells.

Mitochondria disease is not usually life threatening in an emergency sense. There are few infections that attack the mitochondria though there are poisons like cyanide which will wipe out our energy stations and kill us without much fanfare. The mitochondria are extremely sensitive to heavy metals and general chemical insults. If the mitochondria are denied the basic nutrition they need to function, they cease to function normally.

Mitochondria work by generating an electrical
potential and a pH gradient across that inner membrane.

The mitochondrion is different from other organelles[1] because it has its own DNA and reproduces independently of the cell in which it is found; an apparent case of endosymbiosis.[2] They really are not quite us in the sense that their genetic pool is outside of our own DNA that make us uniquely us. Unlike nuclear DNA, mitochondrial DNA doesn’t get shuffled every generation, so it is presumed to change at a slower rate. 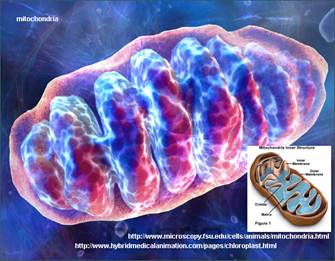 Recent breakthroughs in our understanding of autism and other neurological diseases are coming through mitochondrial research and it is important to note that pharmaceutical drugs are mostly mitochondrial poisons. Mercury is a mitochondrial poison. Data suggest that moderate levels of mercury administered over an 8 week period can affect adversely the integrity of mitochondrial membranes.[3] The field of pediatrics has been perverted by the vaccines and endless antibiotics they have administered to their patients. Pediatricians do the unforgiveable when they inject mercury directly into children’s veins and that is why I wrote and have always given away The Terror of Pediatric Medicine.

“The German cancer researcher Dr. Paul Gerhard Seeger[4] demonstrated in 1938 that in most cases cancer starts in the cytoplasm, the jelly-like outer part of the cell, and especially in the energy-producing mitochondria. Here food fragments are normally oxidized in a series of enzymatic steps called the ‘respiratory chain’. Seeger showed that in cancer cells this respiratory chain was more or less blocked, especially at the site of the important enzyme cytochrome oxidase. Without it the cell can produce energy only anaerobically like a fungal cell. This is very inefficient and the resulting overproduction of lactic acid makes the cell and the whole body overly acidic.