An important aspect of this new self-management protocol would be to identify early signals of impending relapse, particularly HRV status, via home-use portable devices that could be utilized by patients and their doctors as a warning to modify non- improvement activities, e.g., excessive activity or exercise, to prevent behavioral collapse into inactivity. Dr. Friedberg
Click to expand...

In another sign suggesting that the NIH is loosening its purse strings, the Institute of Nursing Research (NINR) awarded ME/CFS patient and researcher Dr. Fred Friedberg a 4 year grant totaling somewhere around $1.5 million to study the effects of activity on the autonomic nervous system in ME/CFS.

This study will involve patients self-reporting their symptoms and activities on a weekly online diary over a period of six months. Data will also be recorded from mobile heart devices and activity monitors that the patients wear at home. Over the six month study period, patients will regularly send this objective data back to the Stony Brook laboratory where the information will be downloaded and analyzed for patterns related to CFS symptoms, activities, and impairments. The participants will then be interviewed by a psychiatric nurse via phone about other potentially important illness factors including major life events they have experienced over the study period, their physical and social functioning, and changes in their illness status -- i.e., improved or worsened.

"What is promising is that we have proposed an illness model to potentially identify the factors that lead to relapse or improvement," said Dr. Friedberg. "If a predictor of relapse is discovered, such as heart rate variability in conjunction with certain activity patterns, we may be able to prevent or reduce relapse by adjusting such activity patterns in advance. This could potentially be the first biomarker of illness worsening or improvement in this illness."
Click to expand...

The study won't provide major insights into how ME/CFS happened or what causes it but it could further tie autonomic nervous system problems to post-exertional malaise in ME/CFS. 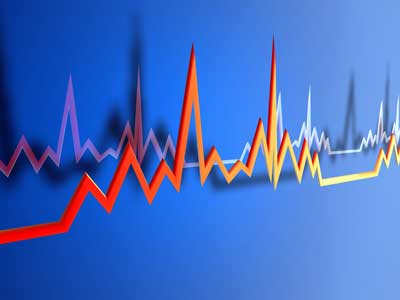 [/fright]The study comes on the heels of a recent blog in which an ME/CFS patient reported that daily heart rate variability assessment were helpful in making sure that she didn't overdo, and in targeting treatments that were helpful and in demonstrating to others when she was in a crash.
Friedberg believes the study, which will use actigraphy, heart rate variability testing, diaries and other assessment tools, will reveal that too much activity and high rates of stress will be associated with reduced HRV and poorer health. On the other hand, he believes the study will show that active pacing and positive "uplifts", etc. will be associated with improvement.

My guess is any improvements seen will be moderate (This study is touted as a management not a treatment study) but that heart rate variability - a measure of autonomic nervous system functioning - will be validated as a biomarker that tracks relapse or improvement in ME/CFS.

While clearly isn't the ground-breaking study we were hoping for as the NIH turns a new corner on ME/CFS, the study could demonstrate that post-exertional malaise is associated with reduced heart rate variability, and that the autonomic nervous system is on something of a knife's edge in ME/CFS - ready to fall at the slightest stressor. That finding would demonstrate how weakened the ANS is in this disease and that would be a good thing.
Last edited: Jun 25, 2016
You must log in or register to reply here.
Share:
Facebook Twitter Reddit Pinterest Tumblr WhatsApp Email Link