Staff member
"NIH is committed to supporting research to better understand ME/CFS. This notice is one component of this effort."

In a first for it's chronic fatigue syndrome research program, NIH has begun a creative grant expansion program to jump start ME/CFS research in the short term. Scientists with current NIH grants can apply for supplemental funds to expand existing studies. If this initiative is followed by RFAs – as NIH’s revised response to CFSAC suggests is forthcoming – the combination could immediately boost research with some additional funds, possibly attract new investigators through incentives to add ME/CFS research to current studies, and build the capacity for expanding the medium term research program at NIH.

Suzanne Vernon of the Bateman-Horne Center noted that the grant could help fulfill a vital need by bringing young, new researchers in the form of post-graduate students into the field.

Five institutes including the immune and neurology institutes (NIAID, NINDS) have agreed to allow past award winners to apply to bump up past grant awards by a hundred grand or more if they want to add new assays, statistical analyses or new disease cohorts to their studies.
[fright] 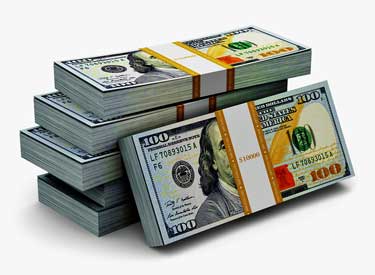 [/fright] Since grants typically run about $2-500,000 a year this award could add a significant amount of funding to an already approved grant.

The "areas of interest" are all good: they include central nervous system, blood, spinal fluid, etc, biomarkers, autonomic abnormalities (yah!), ME/CFS pathogenesis, immune modeling, the microbiome and others.
I'll imagine Lipkin, Younger, Baraniuk, Fletcher, Medow and others will be all over this. We have grants looking at the microbiome, different parts of the immune system, orthostatic intolerance, EBV, exercise, the brain, etc. I counted about sixteen active ME/CFS specific grants.

A look through the NIH Reporter database found for instance:
We could use a coordinating team that targeted outside ME/CFS research efforts, told them about this possibility and then offered them help via the Solve ME/CFS Biobank or other Biobanks with samples or with patients. 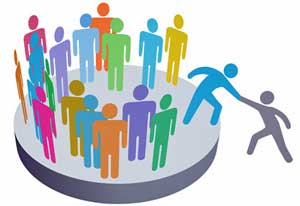 [/fright]This new program should be a hit. Because the NIH wants to add funding and they've already signed off on these grants most requests will probably be approved. It's hard to imagine, for instance, that Ian Lipkin and Mady Hornig would not apply for increased funding for their expensive microbiome study and not get it. The same is true for Lenny Jason's big infectious mononucleosis study; he wants more testing for that and he should be able to get it.

The Working Group appears to be leaving no stone unturned thus far in their efforts to get ME/CFS funding moving. The major component of their effort - RFA's and such - will require approval from the Institutes. We won''t know their fate until May. In the meantime this effort is a good sign that this Working Group is indeed different from the WG's we've seen in the past.


(Thanks to Bob and Courtney Miller for their help with this blog)​
Last edited: Apr 8, 2016

Cort said:
"NIH is committed to supporting research to better understand ME/CFS. This notice is one component of this effort."
Click to expand...

Perhaps finally realising that the information needed for ME/CFS has massive implications for all diseases everywhere?
C

I wish there would be more study of small fiber neuropathy in ME/CFS, especially in those who have been sick for years. In keeping with the Harvard Neurologist Dr. Anne Oaklander's advancing research in Small Fiber Polyneuropathy, I suspect that the damage to the non-myelinated fibers of the nervous system, which are everwhere and far more prolific than the myelinated nerves, is behind many of the problems we have across many organs and systems, including the autonomic nervous system. While ME/CFS seems to begin with the immune system and its response to infectious agents or toxins, it then seems to march into the nervous system. While small fiber neuropathy or polyneuropathy is not the cause of ME/CFS, it does seem to me very likely as one of the big drivers of damage and dysfunction, from memory and cognitive problems to aching and weakness, to autonomic failure, to noise, light and chemical sensitivities, and so on. My guess is that it wouldn't be as hard and expensive to study as some of the other avenues of research and that the findings could be broadly applicable and useful.
Last edited: Apr 10, 2016
S