One of Our Hero's: Tom Kindlon's Story 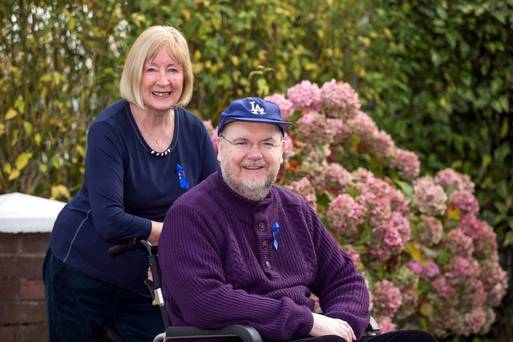 [/fright]Hate to see Tom in a chair! but it was great to see his story presented. Tom rations his activities - stops himself from doing things he would like to do - so he can work on ME/CFS...

I first became ill at 16. Before becoming ill I lived a very active life. I participated in whatever sport was going - soccer, table tennis, life-saving, tennis, cricket and cross-country running. I was also naturally academic and managed to get good results while still enjoying lots of extra-curricular activities.

All that changed when I became ill with ME.

I can remember how it happened. I developed an infection the day before going on a school trip. I decided to still go. We went to an adventure centre in the west of Ireland canoeing, hill-walking, abseiling and orienteering. It was February and it was cold and rainy throughout the trip - not the place to be when you're unwell. I was ill for some days after I came home.

I was never the same after that. Anytime I tried to play sports I felt ill afterwards.
Click to expand...

Skip forward 21 years later and this formerly active young man is remains housebound and living at his parents. It makes you want to cry..

I wish I could say that my health has made a dramatic improvement but sadly that's not the case. I remain housebound 21 years on, living in the ground floor of my parents' house. They had the garage converted into a room for me in 1999 and I have not been upstairs since.
Click to expand...