Staff member
“The Role of PINCH in Chronic Energy Deficit in the CNS.”​

PINCH stands for "Particularly interesting new cysteine-histidine-rich protein". This protein has been most prominently shown to be released during HIV/AIDS infection of the brain, but has also been found in the periphery in the dorsal root ganglia after neuronal injury. 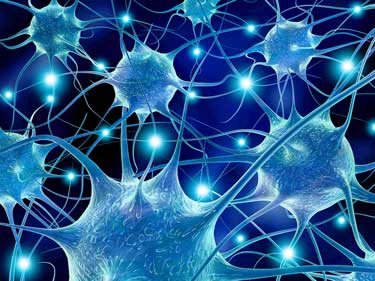 [/fright]A 2011 review article stated that PINCH has been implicated in an array of diseases including kidney failure, cardiomyopathy, nervous system degeneration and demyelination, and tumorigenesis. Increased PINCH levels appear to reflect either infection or neuronal damage or both.

A 2011 study indicated that PINCH is often liberated by inflammatory cytokines produced by the microglia such as TNF-a.The increased TNF-a levels may reflect the presence of a pathogen or some other factor.

Increased levels of PINCH are also associated with a protein called hp-tau that's often accumulated in the brains of people with neurodegenerative diseases such as Alzheimer's, Dementia and HIV-associated brain injury. It's not clear exactly what PINCH is doing but it appear to assist the brain in ridding itself of these dangerous proteins. It may also be trying to repair damaged neurons.

The investigator funded by the National CFIDS Foundation, Dr. Dianne Langford of Temple University, is one of the most foremost PINCH investigators.

The National CFIDS Foundation Inc. (NCF) is pleased to announce Dr. Dianne Langford as its latest research grant recipient. Dr. Langford is an Associate Professor of Neuroscience and Neurovirology in the Neuroscience Department at the Temple University School of Medicine in Philadelphia. Dr. Langford's $150,019 grant is titled, “The Role of PINCH in Chronic Energy Deficit in the CNS.”

According to Alan Cocchetto, NCF Medical Director, “PINCH is a protein found in damaged neurons and is a biomarker for brain injury. Dr. Langford's assistance has been very important to our understanding of a specific neuropathology potentially associated with CFIDS. This grant will greatly extend our preliminary efforts undertaken to date and is aimed at increasing our knowledge of the CFIDS disease process.”
Click to expand...

Cort, any idea if those of us with abnormal brain MRIs (spots that look like MS, until you get to the MS specialist) should follow this? Any idea if these researchers want to see scans or have us as guinea pigs?

Marilee Mouser said:
Cort, any idea if those of us with abnormal brain MRIs (spots that look like MS, until you get to the MS specialist) should follow this? Any idea if these researchers want to see scans or have us as guinea pigs?
Click to expand...

I don't think these researchers are at the point of MRI's but the Japanese, Jarred Younger and Andrew Lloyd (and hopefully others) will be or are using sophisticated brain scanning technologies to see if they can pick up signs of neuroinflammation in ME/CFS.
P