A letter to the editor of the BioMed Central Journal urged more in depth mitochondrial testing than has been done be done in ME/CFS. The letter referred to a study done by an ME/CFS researcher, Maureen Hanson, and funded by the Chronic Fatigue Initiative.

The CFI is very interested in the mitochondria and it is funding more research by Dr. Hanson - so they made an honest effort to find something. They did find something, but the results were not particularly encouraging. 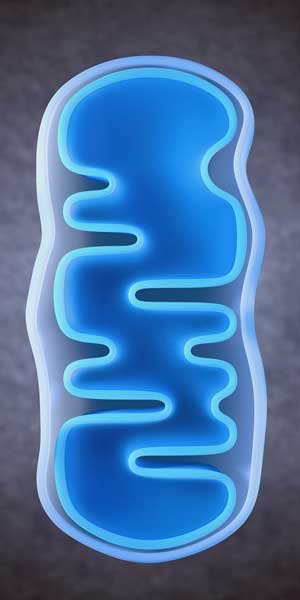 No ME/CFS subject exhibited known disease-causing mtDNA mutations. Extent of heteroplasmy was low in all subjects. Although no association between mtDNA SNPs and ME/CFS vs. healthy status was observed, haplogroups J, U and H as well as eight SNPs in ME/CFS cases were significantly associated with individual symptoms, symptom clusters, or symptom severity.


The two researcher researchers proposed that study into the mitochondria in ME/CFS be deepened. They proposed
The mitochondria are known to be very complex. In fact, one of the problems facing the field apparently is just how complex they are and this letter reflected that.

Mitochondria Affected - But Not the Problem?

Maureen Hanson is at work on another mitochrondrial study and we should know more soon from Ron Davis and Robert Naviaux when their paper gets published. Their findings, by the way, do not necessarily suggest that the mitochondria are broken. My understanding is that it's more likely that the mitochondria are fine, but that something in the blood is turning them off in ME/CFS patients. (The same may apply with NK cells).

Absent some genetic abnormality it's been hard for me to understand how the mitochondria across the body get damaged unless by something in the blood. The good news is that given the dearth of drug options for mitochondrial problems a problem in the blood seems like a far, far easier problem to deal with than an issue in the mitochondria themselves.
Last edited: Jun 20, 2016
A


when you say, "the same may apply w NK cells" do you mean that the blood is "turning off" NK cell function? I have extremely poor NK cell function, it was 2LU last time I checked it.

ankaa said:
when you say, "the same may apply w NK cells" do you mean that the blood is "turning off" NK cell function? I have extremely poor NK cell function, it was 2LU last time I checked it.
Click to expand...

Yes. Something in the blood appears to be turning off the NK cells.
A

Cort said:
Yes. Something in the blood appears to be turning off the NK cells.
Click to expand...