mce-anchor
Myalgic Encephalopathy/Chronic Fatigue Syndrome (ME/CFS) is a disease of unknown etiology. We have previously suggested clinical benefit from B-cell depletion using the monoclonal anti-CD20 antibody rituximab in a randomized and placebo-controlled study. Prolonged responses were then demonstrated in an open-label phase-II study with maintenance rituximab treatment. Using blood samples from patients in the previous two clinical trials, we investigated quantitative changes in T-lymphocyte subsets, in immunoglobulins, and in serum levels of two B-cell regulating cytokines during follow-up. B-lymphocyte activating factor of the tumor necrosis family (BAFF) in baseline serum samples was elevated in 70 ME/CFS patients as compared to 56 healthy controls (p = 0.011). There were no significant differences in baseline serum BAFF levels between patients with mild, moderate, or severe ME/CFS, or between responders and non-responders to rituximab. A proliferation-inducing ligand (APRIL) serum levels were not significantly different in ME/CFS patients compared to healthy controls at baseline, and no changes in serum levels were seen during follow-up. Immunophenotyping of peripheral blood T-lymphocyte subsets and T-cell activation markers at multiple time points during follow-up showed no significant differences over time, between rituximab and placebo groups, or between responders and non-responders to rituximab. Baseline serum IgG levels were significantly lower in patients with subsequent response after rituximab therapy compared to non-responders (p = 0.03). In the maintenance study, slight but significant reductions in mean serum immunoglobulin levels were observed at 24 months compared to baseline; IgG 10.6–9.5 g/L, IgA 1.8–1.5 g/L, and IgM 0.97–0.70 g/L. Although no functional assays were performed, the lack of significant associations of T- and NK-cell subset numbers with B-cell depletion, as well as the lack of associations to clinical responses, suggest that B-cell regulatory effects on T-cell or NK-cell subsets are not the main mechanisms for the observed improvements in ME/CFS symptoms observed in the two previous trials. The modest increase in serum BAFF levels at baseline may indicate an activated B-lymphocyte system in a subgroup of ME/CFS patients.
Figures 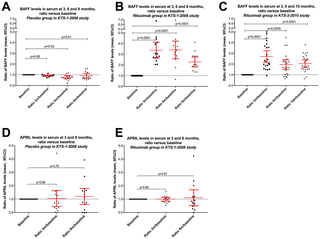 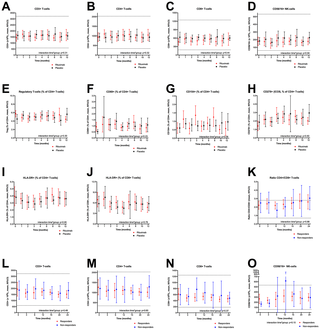 this stuff is so complicated!! anybody here who knows how to interpret these findings?

I feel like with this study they are saying what ME/CFS is NOT. That might be almost just as important as saying what it IS, right?

They know some people feel better on Ritux, and now they know this is not because of B-cells influence on T-cells and NK-cells?

Although no functional assays were performed, the lack of significant associations of T- and NK-cell subset numbers with B-cell depletion, as well as the lack of associations to clinical responses, suggest that B-cell regulatory effects on T-cell or NK-cell subsets are not the main mechanisms for the observed improvements in ME/CFS symptoms observed in the two previous trials.
Click to expand...

Here's some comments from Facebook. I think they talk about that. Way beyond me. 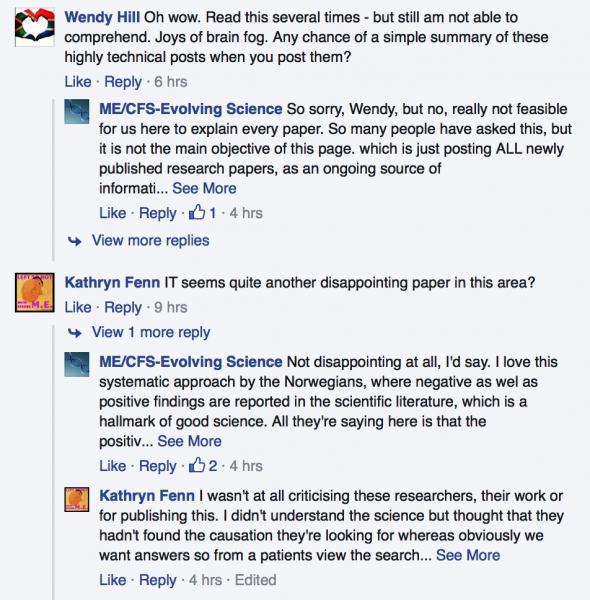 I do agree, I find it refreshing to see researchers publishing what looks like negative results. That doesn't happen often enough. But it's part of science, you can't always find the solution at the first try.

I get the feeling they are on to a very specific subgroup though. Once they find out how the illness works in the subgroup, it might bring us clues about other subgroups.