UK ME/CFS Rituximab Trial In Trouble? Is U.S. the Only Option? 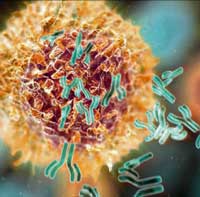 [/fright]Considerable funding has been gathered for studying B-cells in ME/CFS patients and hopefully for creating a Rituximab trial in the U.K. Late late year the ME Association called for a UK Rituximab trial to begin soon.

“To wait until 2018 before setting this process in motion here in the UK would mean that it would then be 2020 or 2021 before we had the necessary information from a UK trial phase 3 trial that might then persuade the NHS funders to make this drug available here in the UK for at least a sub-group of people with ME/CFS (assuming that the results confirmed safety and efficacy). That is a very long time to wait.”
Click to expand...

Dr. Cambridge, a UK researcher at the Invest in M.E. conference involved in studying B-cells in ME/CFS patients, suggested, however, that the outlook for a U.K. Rituximab trial is bleak. That was a bit of a shock; Invest in ME has been working on a trial for over three years. They studied the possibility of a trial for a year, queried Universities about it, and then chose a site in Norwich. After their concerns were apparently met, they began fundraising in 2013 and since have gathered over $650,000.

The ME Association's summary of the Conference, however, reported that significant roadblocks to producing Rituximab trials exist in the U.K.

According to Dr Cambridge, it is going to be very hard to get a clinical trial going here in the UK due to a combination of developing a protocol, obtaining ethical approval, finding committed clinicians to carry out the work, the work being expensive in both cost and time, and the lack of pharmaceutical backing for a drug that is quite expensive to use. This has also occurred in other clinical trials involving rituximab.
Click to expand...

The key problems appear to be cost (at least $600,000), the difficulty finding immunologists and physicians experienced with the drug and clinical trials who are willing participate, and getting approval from a possibly skeptical review panel that a potentially fatal drug could be tested in ME/CFS.

United States in the Hotseat Now? 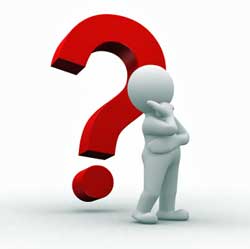 [/fright]It's not clear that the proposed U.K. trial is over but it clearly faces some obstacles. If the U.K. does not proceed the onus is even more on U.S. to produce on. The roadblocks cited could be more easily surmounted here. The U.S. potentially has the money (through the NIH), it has ME/CFS physicians experienced in clinical trials and the drug company that makes the drug is based here.

In fact, according to Clinical Trials database the NIH is currently funding no less than 55 Rituximab studies into such diseases as Anti-cytokine Autoantibody-Associated Diseases, B-cell Lymphoma, Lupus Nephritis, Hairy Cell Leukemia, Pulmonary Fibrosis. One cautionary note; despite the fact that Rituximab is often used to treat autoimmune diseases, most of the studies are on lymphoma's.

Rumors have been wafting around that NIH Director Francis Collins is committed to a Rituximab ME/CFS trial - in a couple of years. In Jan. 2016, Collin said regarding the NIH's new stance towards ME/CFS:

“They’re talking about everything from basic science – the metabolome, microbiome, immune system, imaging – to clinical trials for promising approaches, including Ampligen and Rituximab,”
Click to expand...

Collins has reportedly been more forthcoming in private, suggesting that a trial will get done. If that's true that's good news because if Dr. Cambridge is correct, the U.S. may be the only real possibility for a trial. Not for the first time one wonders little Norway has been able to do what the U.S. and U.K. have not until now. .

The other disappointing point in the overview involved Dr. Shepherd's note that the U.S. results with Rituximab haven't been as positive as the Norwegian results.

[Charles Shepherd note: I was going to ask Dr Cambridge over lunch what she thought about the less positive patient evidence from people with ME/CFS who have been treated with rituximab in America outside the Norwegian clinical trial (an important point that was raised during the clinical and research meeting in Sussex with Dr Amolak Bansal and myself three weeks ago) but wasn’t able to do so.
Last edited: Jun 21, 2016

Who Me? said:
small subset of patients
Click to expand...

do we know what the criteria is yet? to be able to qualify for R

Seven said:
do we know what the criteria is yet? to be able to qualify for R
Click to expand...

No, but I think one of the major goals of the Norway trial is to figure out who would benefit from it and who would not. The British are also working on this.

Who Me? said:
I keep hearing that people with infections are not in the group
Click to expand...

Bueeeee kind of hard when you are studying a disease that is known for its reactivation. Tx anyways. I guess it will serve to clarify mechanism. I am just concerned with the patient selection then (do they really have cfs).
H

Who Me? said:
I have not heard anything specific but I keep hearing that people with infections are not in the group. That leaves a lot of people out.
Click to expand...

Where did you read this? Also, what qualifies as an infection? Viral reactivation? Dysbiosis? Or actual identifiable pathogens?
H

Cort said:
Rumors have been wafting around that NIH Director Francis Collins is committed to a Rituximab ME/CFS trial - in a couple of years.
Click to expand...

A couple of years is a long time before even starting a trial. I guess they will want to do a full 3 phases of trials as well. That's an awful long time.

Staff member
Cambridge did say that Rituximab was safe and that it was not increasing problems with infections. I don't know, though, if they don't allow people with infections to participate in the first place.

Who Me? said:
This is from PR

The size of trial that there is a budget for in the UK would not provide statistically powerful evidence just for efficacy over and above the Norwegian phase 3 study.
Click to expand...

I think what people really want isaccess to a treatment that works. If doing a UK trial gives UK patients access to Rituximab why wouldn't that be enough for them? (or will the Norwegian Rituximab results be sufficient give UK and other patients access to the drug? I suspect they won't be but maybe they will be? I imagine several successful trials will be needed to give people access to this drug; i.e. will get it approved and insurance companies paying for it.

Maybe Edwards is saying that the UK doesn't have enough money to do other than an underpowered trial which could set things backward. Maybe he's saying let's wait until we can find a biomarker which allows us to find the right subset of patients the drug works for...

If they get that they can have a successful study. Above all they don't want to set things back..It was a complicated situation..

Even though Edwards said Dr. Cambridge wasn't in the know, essentially she was right...there is no way - despite the fact that Invest in ME has gathered together more money ($650,000) than one report suggested was needed for a trial ($600,000) for UK to proceed anytime soon unless they have a breakthrough...

Who Me? said:
My feeling is that he is now backtracking (CYA) from all his previous chest beating about doing clinicals in UK. I could be wrong. Who knows?
Click to expand...

Well nothing is happening in the short term. I am confused. Somewhere it says 650K is enough for a trial and they've raised more than that. It could also be that they just don't have anyone who can run one...
You must log in or register to reply here.
Share:
Facebook Twitter Reddit Pinterest Tumblr WhatsApp Email Link