Understanding Allodynia: What We Know Now

Allodynia is a particularly nasty and mysterious problem. One of the first things to get about allodynia is that it serves no useful purpose. Other types of pain serve to protect an injured area but there’s nothing protective about a condition that causes results in the touch of clothing on the undamaged skin causing extreme pain. It's an aberration pure and simple and it's becoming a bigger and bigger one over time. 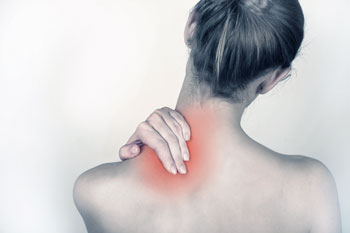 With about twenty percent of the population suffering from a chronically painful condition, pain has become a huge problem in our society. With the population aging and rates of diabetes – a major cause of allodynia – skyrocketing, pain will sure become an even bigger problem in the future.

In this blog we take a look at a recent overview of allodynia and see where we're at with this perplexing condition.

Despite the market implications that a new effective drug to fight pain would present, little progress has been made in developing new drugs for pain and, in fact, some drug companies have given up the fight.
Allodynia – a less common pain condition - has gotten the short end of the stick from drug companies. With it becoming clearer and clearer allodynia is driven by different factors than other pain problems, their interest has waned.

Unfortunately it appears that allodynia, like other types of pain, appears to be caused by different factors in different people. Some sensory neurons may be involved in some people and other sensory neurons in other people. Sympathetic nervous system neurons, for instance, are clearly involved in triggering allodynia in some people but not in others.

Some people with bone cancer pain have a type of allodynia which does not appear to involve any of the normal pain mechanisms understood to produce pain. The cause of their allodynia is a complete mystery.

Do I Have Allodynia?

There are at least four different kinds of allodynia: 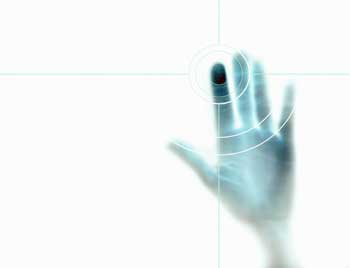 A simple touch can be excruciatingly painful in allodynia

Allodynia is pretty obvious but if you have a more moderate case you can determine if you have it by applying a cotton pad or cold or warm compress to your skin. If you feel pain or tenderness, tingling or pins and needles or a burning sensation you may have allodynia.

A wide variety of conditions including neuropathies (from diabetes, B-vitamin deficiencies), migraine, fibromyalgia, demyelinating diseases and midbrain problems are associated with allodynia.

While much remains to be understood and allodynia is not getting the resources it should be, significant progress is being made in understanding what's happening in allodynia.

Any understanding of allodynia should probably begin at ion channels in the sensory neurons in the skin that respond to touch. Since the slightest touch is able to trigger allodynia in susceptible people researchers believe that stretch receptors that respond to very slight stretching of the cells of the skin are involved.

The finding that a toxin called conotoxin NMB-1 is able, by turning down a slow moving current in ion channels, to reduce pain sensitivity without interfering with the ability to ascertain touch, indicated that a certain variety of electrical current is at work. However, it's not clear which ion channels this current is present in.


"TRPA1 appears to dynamically respond to an amazingly wide range of diverse stimuli that include apparently unrelated modalities such as mechanical, chemical and thermal stimuli that activate somatosensory neurons." Garrison - the Dynamic TRPAI Channel
​ 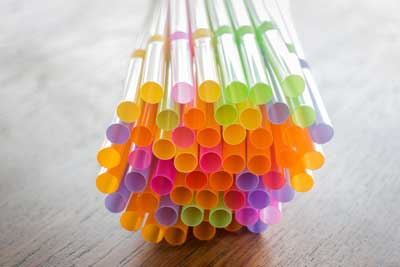 The ion channels that register "stretch" are clearly effected in allodynia

The TRP1A channel is one possibility. This important ion channel, which is found in many cell types, translates stimulation from environmental irritants, heat, cold and stretch into nervous system activity. It is heavily involved, for instance, in producing pain signals in response to bacterial infections. Removing the TRP1A ion channel from mice increases their tolerance of noxious stimuli dramatically. This channel also, interestingly enough, can effect blood vessel functioning.

A recent review of the TRPA1 channel unequivocally stated it's involved in fibromyalgia and other persistent pain states. It's not clear that TRP1A, however, is telling the sensory nerves to go banana's every time the cells on the skin experience a slight stretch. It's involved but it doesn't appear to be the answer.

The problem with knocking out the ion channels in the skin that that could lead to an inability to detect sensation and cause further injury. A better approach might be to stop the pain at a different level and that brings us to the immune system.

A great deal of research has been focused on understanding how immune factors contribute to pain sensitization at the level of the sensory neurons, but little is known how they contribute to allodynia.

Researchers do know that injecting an intracellular messenger called cAMP that is often associated with inflammation can cause profound allodynia in laboratory animals. They also know that inducing allodynia in mice that are deficient in adenylate cyclase - an enzyme that produces cAMP - has proven to be difficult. cAMP is definitely involved.

The cAMP situation was confused, though, by the finding that a important byproduct of cAMP activation called PKA which plays a major role in producing inflammation triggered pain is apparently not involved in allodynia. 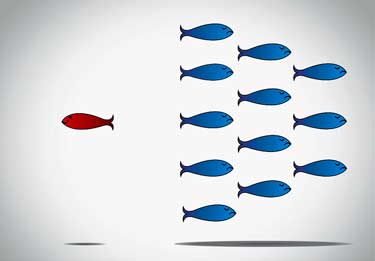 An unusual pain producing pathway is associated with allodynia

That was a surprise, but further studies found evidence of an alternate cAMP activated pathway called epac in allodynia. It is entirely distinct from the pain pathways associated with inflammation.

Researchers ability to reduce allodynia in mice by knocking down the levels of these proteins suggests they may be able to reduce allodynia. An epac antagonist that has recently been developed to fight cancer could be of interest.

It does its work, interestingly enough, not in the skin but at the dorsal root ganglia - a gathering place for pain and other signals found just outside the spine. Manipulating these channels could hold the key to reducing allodynia.

Sensory neurons and the immune system are clearly implicated in allodynia. Studies suggest the dorsal root ganglia found just outside of the spinal cord are effected as well and so is the central nervous system.

Like other aberrant pain sensitization states such as fibromyalgia allodynia may present something of a perfect storm in which every pain processing aspect in the body and the brain is affected in some way.

That central nervous system sensitization - a process that translates otherwise innocuous stimuli in pain at the level of the brain - is present in allodynia is clear. It appears the microglia are involved and that raises the spectre of an dysregulated neuro-immune interface.

Calling microglial activation a possible "spin-off" from normal wound healing in the periphery, the authors presented a scenario in which a barrage of stimuli from the body sensitizes neurons in the dorsal horn of the spinal cord. That opens up ion channels called TRPVI which promptly shut down inhibitory pain pathways associated with GABA - increasing pain signals filtering through to the thalamus. The stage is set for an enduring case of central sensitization.

Four strategies for stopping allodynia were put forth: