Your Gut Flora May Determine How Well You Respond to Treatments

Some startling evidence about the power of the gut just showed up in a couple of mouse studies.

The study found that that treating the guts of mice with antibiotics caused a decline in the effectiveness of an anti-cancer immunotherapy drug. Further research indicated that the anti-cancer agent itself had blown through the mouse gut demolishing some important flora. When researchers rebalanced the mice gut flora using fecal transplants the anti-cancer agent worked again (!). 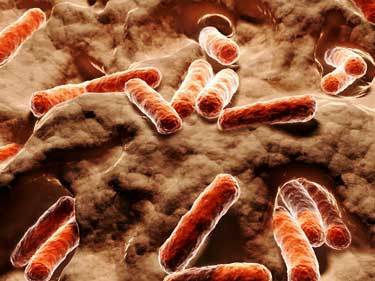 Bifidobacterium is a kind of bacteria found in kefir and some yogurts that aids in the digestion process by breaking down nutrients so they can be used by the body. One of those nutrients is lactose. Bifidobacterium's ability to break down lactose is one reason why most kefirs but not all yogurts can be tolerated by people with lactose intolerance. These bacteria also lowers the pH of the digestive tract, making it more difficult for harmful bacteria to colonize it.

These are mouse not human studies but the idea that our gut flora can effect how well some treatments work or the progression of cancer suggests that much more research is needed. A group of researchers called for a national initiative to understand the role microbial communities play.

Top researchers recently called for a United Microbiome Initiative to produce a strategic approach to understand the microbiomes role in our environment. Calling the microbiome the biological equivalent of dark matter in the universe they asserted it's now time to learn how the bacterial communities around and in us function and how, ultimately, we can manipulate them to our benefit.

Citing new advances in technology including the ability to rapidly assess genomes, and to understand the complex interactions occurring in microbiome communities, the group stated that if the work is begun now they believe in ten years they will be able to effectively manipulate microbiome communities. They envisioned an era

"in which a predictive understanding of microbial processes enables scientists to manage and design microbiomes in a responsible way--a key step toward harnessing their capabilities for beneficial applications."
Click to expand... 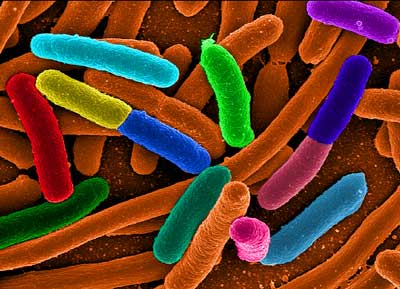 [/fleft]That would be a huge step forward given that we're basically shooting in the dark right now. Since 2013 the NGA has
Meanwhile, a 5-year 115 million dollar Human Microbiome Project that lasted from 2008 to 2013 developed many new method for understand the microbiome. Hundreds of studies emanated from the project. One of it's more eye-opening findings was that microbes contribute more genes responsible for human survival than humans' own genes. They are also 360 times more abundant than human genes.

Several microbiome studies are underway in chronic fatigue syndrome right now. Given enough funding who knows what might happen...

I'm currently reading a book entitled Gut by Giulia Enders, I'd recommend it. Talks about some interesting trials in mice and tells you how to reduce the risk of constipation
E

"The group stated that if the work is begun now they believe in ten years they will be able to effectively manipulate microbiome communities". I'm encouraged that some enlightened researchers finally see the need to research this. But ten years??? Good grief, we need answers now.

tatt said:
I'm currently reading a book entitled Gut by Giulia Enders, I'd recommend it. Talks about some interesting trials in mice and tells you how to reduce the risk of constipation
Click to expand...

Thanks Tatt - sounds interesting. If you're interesting in doing a blog on that just let me know

ElaineC said:
"The group stated that if the work is begun now they believe in ten years they will be able to effectively manipulate microbiome communities". I'm encouraged that some enlightened researchers finally see the need to research this. But ten years??? Good grief, we need answers now.
Click to expand...

Agreed. They're looking at all sorts of microbial communities - the skin, communities in the environment. Hopefully given the interest in the gut that will proceed faster.
T

If I had the energy to blog I probably wouldnt be here. However there is a video that covers a lot of the same material here which I discovered because it's linked to this funding request http://www.investinme.org/LDR UK Gut Microbiota.htm

For those brave enough to try faecal transplant you needn't wait 10 years. For those less brave it explains why you need to change your diet

The first 11-12 minutes can be skipped without losing much.

and some comments on the diy option here http://www.bbc.co.uk/news/magazine-27503660

I'm not desperate enough for this yet, think I'll try a different probiotic.
Last edited: Nov 19, 2015