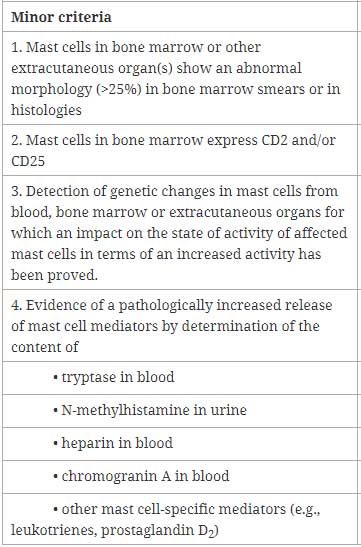 Symptoms often present in a variable and fluctuating pattern which depends on where the mast cells are being activated.

MCAD or MCAS is usually first suspected when symptoms appear. The clinical presentation of MCAD, however, is very diverse with symptoms potentially occurring in virtually any place in the body. Plus, symptoms often wax and wane over the years. They often first show up during childhood but are recognized as such only later.

Initially most patients enjoy symptom-free periods but over time the symptom-free intervals often lessen and the symptoms become chronic with fluctuations of increasing intensity.

The disease progression is generally heterogenous as well; the disease can remain mild producing no effects on life expectancy and range to the very aggressive with increased mortality. 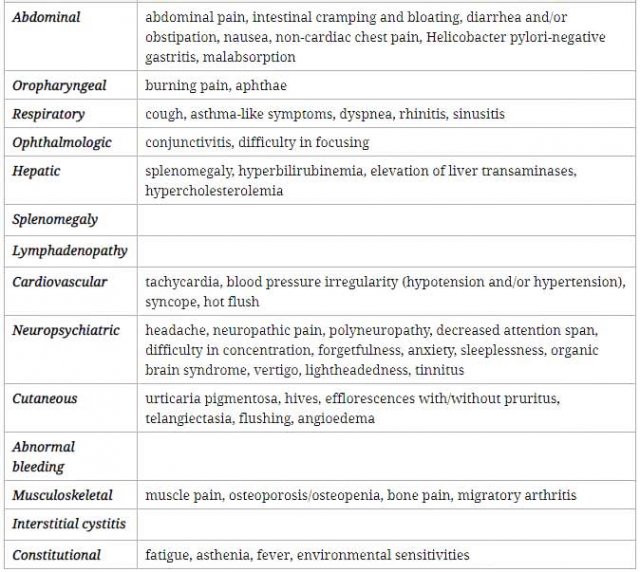 Physical examination should look for a large assortment of skin lesions, testing for dermatographism (Darier's sign), and checking for enlarged liver, spleen and/or lymph nodes.

Other tests include elevated blood levels of tryptase, histamine, and heparin, increased levels of urine methylhistamine and whether blood eosinophilia, basophilia or monocytosis is present.

Testing, however, may not be adequate as many conditions may prevent mast cell markers from spilling over into the blood and commercial testing can only detect a handful of most mast cell mediators. 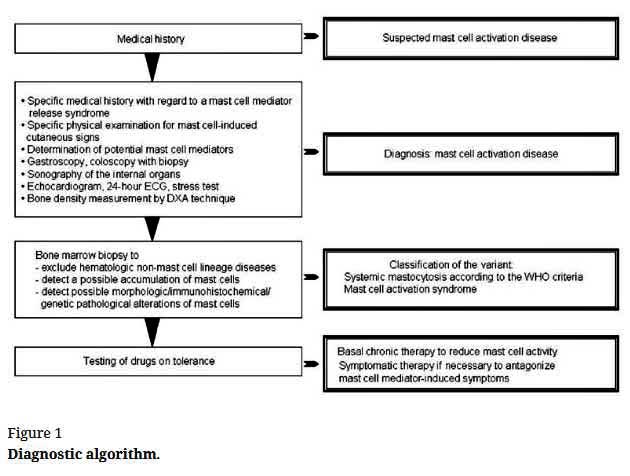 After a clinical diagnosis, a bone marrow biopsy is usually recommended...Check out the journal article for more on diagnosis and treatment.