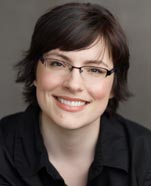 [/fright]Dr. Ginevra Liptan has fibromyalgia and is the author of The FibroManual: A Complete Fibromyalgia Treatment Guide for You and Your Doctor. She also blogs regularly. In the below blog she writes on her approach to reduce neuroinflammation in FM which includes low dose naltrexone, cannabis, turmeric, green tea and others.

The most effective one is called low-dose naltrexone (LDN), which is a medication but primarily prescribed by alternative medicine providers, as most western medicine doctors are not familiar with its use for pain.
Click to expand...

A decent resource, but the list is so small. I know that isn’t the writer’s fault, but it is a bit disheartening.
Upvote 0 Downvote
Read more…