The Lifesaver: ME/CFS/FM Patient Finds Simple Way to Get Sleep

This cheap and easy way to turn down her stress response and help her sleep was a life-saver for Darden and her ME/CFS and fibromyalgia. It's also been used with success in migraine.

Beginning in the 1980's I began to suffer from night sweats that interrupted my sleep and eventually resulted in severe insomnia. My night sweats began as chronic episodes lasting several hours, usually between 2:30 and 4:30 am, and progressed to ongoing regular occurrences that lasted most of the night. 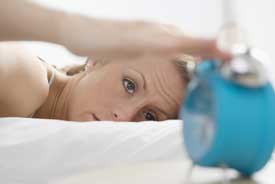 
It got to the point where I was only sleeping about a half hour a night and I became suicidal I was so sleep deprived. By 1993 my health was in a crisis due to lack of sleep. In 1998 a biofeedback therapist taught me a simple skin temperature biofeedback skill called "Hand-Warming" which literally saved my life. This skill, which employs a feedback thermometer with a sensor taped to one's finger, is helpful in preventing migraine headaches. It counters a stress response in the body that blocks circulation to the extremities.

I purchased an inexpensive indoor-outdoor thermometer from Radio Shack and attached the "outdoor" sensor to my finger with First Aid tape. Practicing on my own for about a week I was able to master the skill of raising my temperature at will. When I experienced night sweats, this skill stopped the heat and allowed me to go back to sleep. Sometimes I had to repeat this skill 5-10 times a night, but I was sleeping! I have shared this skill with a number of friends who suffer from migraine headaches and they are able to prevent a migraine with this technique.

Darden taped an indoor-outdoor thermometer that's probably similar to this one on Amazon.com
Click to expand...

Darden's wired and tiredness has caused her sleep problems for years. Too much activity and she couldn't go to sleep. Some studies suggest that this "wired and tired" or "fight and flight" problem - the sympathetic nervous system on steroids - could be behind many of the sleep issues in chronic fatigue syndrome (ME/CFS) and fibromyalgia (FM).

When the fight or flight or stress response system is engaged, decreased blood flow to the extremities results in reduced hand temperature. The blood not now going to the extremities moves inside where it's believed to increase blood pressure enough to touch off migraines in susceptible people. In fact, hand-warming has probably been used more in migraine in any other disease. The same technique used for the feet has also been helpful for people with peripheral neuropathy caused by circulation problems in diabetes and other diseases.

Training Recommendations - Taken from Temperature Biofeedback Hand Warming Explanation
In a room with normal temperature, your finger temperature, unless you're quite stressed, is usually in the mild to high 80's; 80 F is considered cool, 75 F cold, and below 70 F very cold. 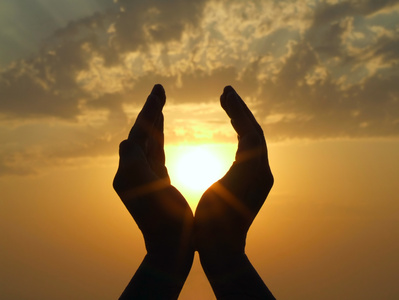 The goal is get your finger temperature to 95-96 F - the point at which a vascular relaxation response is believed to occur - for 5-10 minutes. That's a substantial increase, but Darden showed how she was able to quickly increase her finger temperature just by concentrating on it. The colder your hands are, the longer it will probably take to raise their temperature. The more you practice the better you will get at it.

Darden simply visualized or imagined her fingers getting hotter. That was all it took to shut off her stress response, stop her night sweats and allow her to return to sleep. Others use meditative techniques.

Finger temperature readings can also be used in conjunction with other meditative/mindfulness techniques. Try a technique and measure your finger temperature before and after it. If it works, do it at least once a day to shift you into a more relaxed state.

Some techniques include:
Migraineurs
Foot Warming
More Inexpensive Ways to Possibly Get Better Sleep For FM and/or ME/CFS Patients (Let us know if you have others)
Darden's Biofeedback Experiences 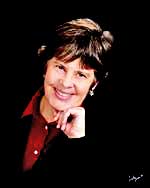 Darden has found several different biofeedback techniques to be helpful. Find out more about those on her Fibrofriends blog.

Find more of Darden's Health Rising blogs here. Check out all of Darden's blogs over the years here.


Comment On This Blog Here​
Reactions: Rowan, Not dead yet!, Remy and 1 other person