A chemically induced hyperventilation caused by blood pressure problems when standing or during exercise may be present in many people with ME/CFS/FM and/or postural orthostatic tachycardia syndrome (POTS). Dr. David...
Click to expand...

Read more about this resource...
P

If one believes tai chi and qigong literature, advanced breathing techniques can cure just about anything. I'll report back if I ever reach that level of achievement. So far my practice has convinced me that breathing can help modestly but significantly with easing symptoms enough, for example, to finish a task without crashing.

One of the gifts of this disease is that it forces me to focus on relearning very basic things like posture, walking, and breathing. While I certainly don't believe any flaws in these areas caused my illness, learning to correct inefficiencies seems to be a fruitful area for finding new management techniques.

Lapp's attention to hunched-over posture resonates with me, and helps confirm some of my suspicions about low heart-rate variability. People with high (good) HRV have a faster heartbeat while inhaling than while exhaling. Mechanically, this is supposedly due to the air in the lungs putting pressure on the heart region. This pressure is relieved somewhat during exhalation. What I've been noticing for myself is that the air in the lungs alone can support decent chest posture (shoulders back, high rib cage, etc), but as the air leaves the lungs there's really not much support beyond the core muscles if the chest is to remain full and relaxed. Unfortunately my core muscles tend to be disengaged and weak.

While I don't think my posture is overly hunched, I can feel a slight collapsing with each exhalation, so it would make sense that my heart would be getting squeezed too much. So, while practicing walking, tai chi, or just breathing, I've been working to engage my core to support my upper body better when it's empty of air. On bad days, when I'm feeling especially weak, this feels extra difficult, so I find myself resorting to shallow breathing -- which is not such a battle.

Qigong folks call proper core-supported breathing "dantian breathing" -- a practice that specifically differentiates between the core muscles below the naval, which should contract and pull in during exhalations, and the muscles above the naval, which should remain firm and still in order to better support chest posture. I also have a book by a Chinese tai chi master who describes a more advanced technique called "pre-birth breathing," which reverses the direction of the lower core muscles so that they expand outward during exhalation; either way, the core should be very actively involved in exhalation and posture. (There's also an even more advanced technique called "turtle breathing" -- but it's top secret, since it leads to immortality.)

Years ago I used to practice pranayama and a lot of the yoga breathing techniques described here (alternate nostrils, etc). No doubt they are beneficial, but nowadays they are a little too ambitious for me. So I'm just going to keep simply working on posture and engaging the core during each exhalation. Maybe I'll gradually build up enough strength to become a fully cured turtle breather one day.

Here's a classic, long video by Iyengar himself demonstrating yoga. He talks about conquering tuberculosis with yoga. He doesn't say it was only with yoga, but there's a lot of breathing involved in classic Iyengar style yoga which became "Hatha" yoga in the US.
T

I recently listened to this podcast about breathing and health. I found it very helpful as all breathing exercises in the past have left me breathless or with aching ribs. Essentially it's all about breathing through the nose rather than mouth (especially while sleeping), so if you can at least manage that then you will hopefully see some improvement. I'm giving it a go, but it's too early to tell. 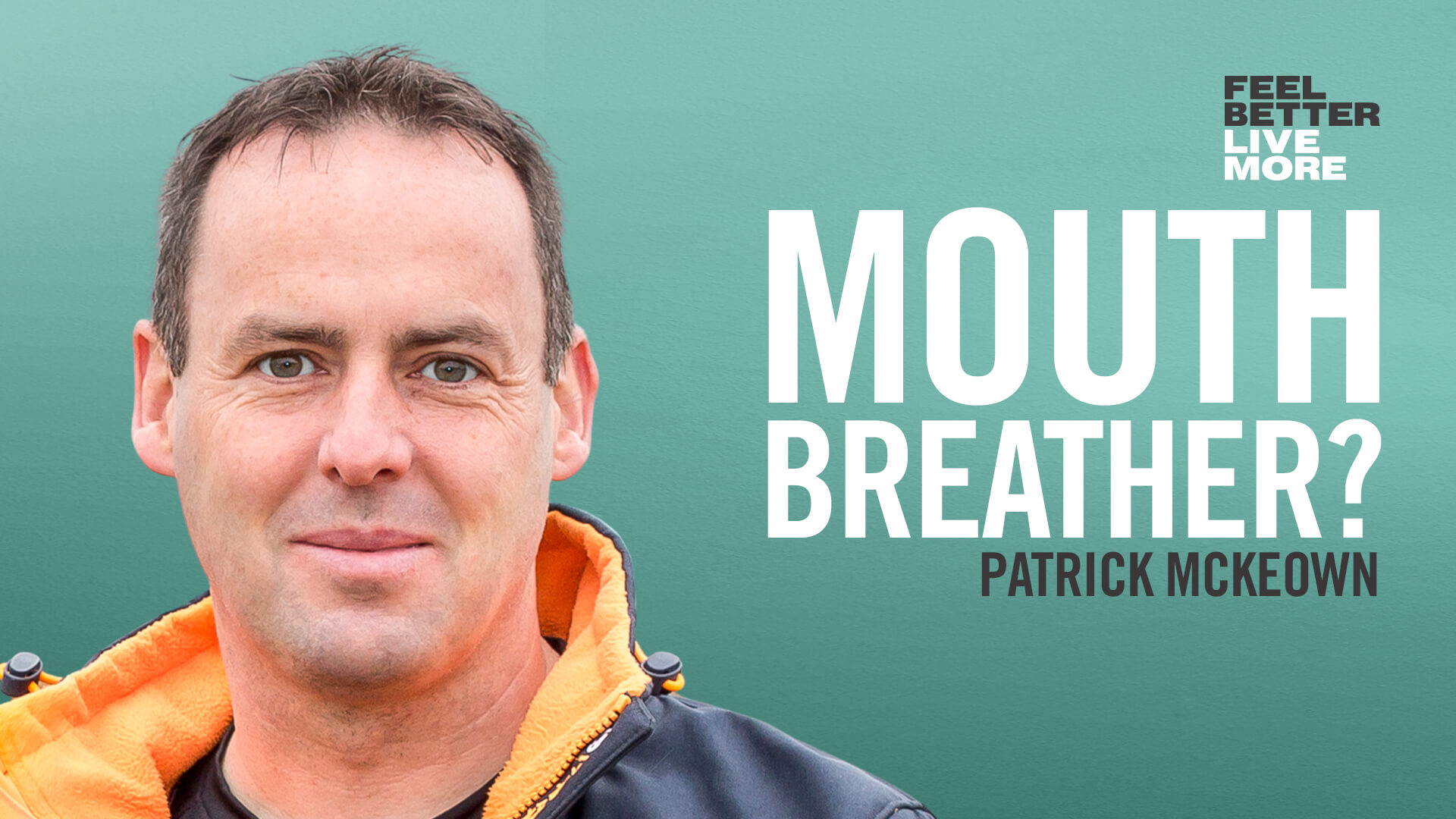 How do you breathe? It might not be something you’ve ever given much thought to, but my guest on this week’s episode is convinced you should. Patrick McKeown believes breathing correctly – that is, through your nose, lightly, and slowly – is the secret to better health, fitness and overall...