Reports of Harrassment by ME/CFS Patients to Researchers Overstated? 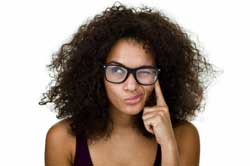 [/fright] Death threats that were reportedly made to researchers during the XMRV era and to Simon Wessely that got some media play back in 2011 apparently helped to set the stage for the idea that at least some people with ME/CFS present a clear and present danger to researchers they disagree with.

During the XMRV trials Myra McClure reported to the Guardian in 2011:

"I published a study which these extremists did not like and was subjected to a staggering volley of horrible abuse. One man wrote he was having pleasure imagining that he was watching me drown. He sent that every day for months."
Click to expand...

Esther Crawley who has lead a series of CBT/GET and most recently a Lightning Process study reported in 2011 of receiving the following emails.

"You evil bastards … time is running out for you so you have [sic] better start denouncing your flawed inhumane therapy and pray to God for forgiveness," and

"To those who are responsible for preventing us sick ME sufferers from getting the help we need ... you will all pay,"
Click to expand...

While emails like that only hurt ME/CFS efforts, the idea that ME/CFS patients are a danger to researchers has taken two big hits recently.

The idea of mentally unhinged ME/CFS patients was used unsuccessfully by Queen Mary University of London (QMUL) in an attempt to squash the release of the PACE data. That attempt backfired when the court decided that Queen Mary's researchers, not the ME/CFS researchers, were more the problem. After review the Court felt that reports of hostile behavior were "grossly exaggerated".

QMUL argued that releasing the data could allow the presence of "borderline sociopathic" individuals to attach themselves to the trial and act in unlawful ways.

The Tribunal called some of the QMUL's arguments (made by a Professor Anderson) "wild speculation" and accused him of lacking the necessary objectivity his profession demands. It asserted that he was unable to distinguish "legitimate ethical and political disagreement", and that his reports of hostile activist behavior were "grossly exaggerated". It basically accused one of the QMUL's main witnesses of an over-reach unbecoming of his profession.
Click to expand...

Despite that the damaging reports that out of control ME/CFS patients are out to get researchers have persisted. (From the Tymes Trust report).

We have all become accustomed to the increasingly shrill ‘harassment’ accusations against ME patients and ‘activists’, both via the media and in lectures. This campaign appears to have originated at that now infamous meeting of the Science Media Centre, revealed by our original 2014 Freedom of Information Report, now updated under the title Shining a Light on the CMRC Setup (http://www.tymestrust.org/pdfs/ shiningalight.pdf). Members of the UK Research Collaborative have continued to spread these allegations ever since its launch.
Click to expand...

Two Freedom of Information Act requests by The Tymes Trust, however, indicate that no harrassment claims or personal threats made by ME/CFS patients against Bristol University personnel including Crawley have been received by the University from 2010 to 2017. It's possible that Crawley never reported the emails to the University but the story undercuts the perception that they were a real threat.

Getting the monkey off our back that people with ME/CFS are mentally unstable would be a good thing. Read entire report here.
Last edited: Nov 8, 2017

The following list is the number of FOIs received by Esther Crawley who claims they are a form of harassment.

Her accusations in 2013 actually involved only 4 in 2010, of which none were considered vexatious.