The name “Chronic Fatigue Syndrome” has long obscured the serious nature of the disorder. Studies indicate, though, that ME/CFS is amongst the most functionally disabling diseases known.

A Centers For Disease Control (CDC) study indicates disability rates for ME/CFS are similar to those found in multiple sclerosis, lupus, rheumatoid arthritis, heart disease and other serious diseases. Twenty-five percent of people with MECFS are home or bed-bound. One study, found that only an astonishingly low 13% were employed full-time.

The FDA’s classification of ME/CFS as a serious disorder puts it the same category as disorders such as heart disease, kidney disease, diabetes, etc. Economic costs to the U.S. run to the tens of billions of dollars yearly.

The evidence is clear. Despite it’s milquetoast name ME/CFS is a serious illness that commonly causes long term disability and severe financial hardships. Myths continue to dog ME/CFS; here are some facts!

Studies suggest from 1-4 million people in the U.S. have chronic fatigue syndrome (ME/CFS).  Extrapolating the results of a 2017 Canadian Survey to the U.S., however, suggests that up to five times more people in the U.S. may be effected. Middle-aged women are most commonly affected, but the disorder can strike males or females of almost any age.

The Centers for Disease Control estimates that approximately 80% of people that meet the criteria for chronic fatigue syndrome (ME/CFS)  in the United States have not been diagnosed. Information on ME/CFS is rarely provided in medical schools, doctor ignorance is high and ME/CFS knowledgeable physicians are rare.

Many people with ME/CFS are first misdiagnosed with depression. Anti-depressants and psychotherapy, however, have never proven to be effective treatments for ME/CFS, and while mood disorders exist – as they do in any chronic illness – numerous studies have failed to find a link between them and ME/CFS.  Find out how to tell the difference between ME/CFS and depression.

The average annual costs per family, including financial losses due to unemployment, are about $25,000 a year.  CDC studies suggest chronic fatigue syndrome (ME/CFS) costs the US economy about 20 billion dollars a year. 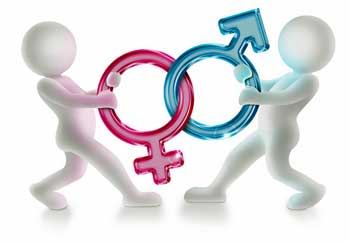 Female gender is characteristic of commonly found disorders such as ME/CFS, fibromyalgia and migraine that cause pain and fatigue, yet get little funding

Like its so-called ‘allied disorders’ such as fibromygalia, migraine and irritable bowel syndrome, ME/CFS is most commonly found in women.  A similar gender imbalance is also found in autoimmune disorders.

Modeling efforts suggest that sex hormone and immune issues may leave women more at risk. Few studies, however, have attempted to determine why this gender imbalance exists.

Defined By Symptoms (Not Laboratory Tests) Despite being common, posing high costs to the economy, and imposing high rates of disability, ME/CFS is one of the most poorly funded disorders in the US.

Despite Center for Disease Control (CDC) studies indicating a million or more patients with high rates of disability live in the US, chronic fatigue syndrome (ME/CFS) is among the most poorly funded disorders, ranking in the bottom 5% in funding of the diseases and conditions the National Instititues of Health (NIH) funds.

Even after recent increases in NIH funding, chronic fatigue syndrome still receives only about $13 million a year in funding. Disorders of similar scope typically receive from 50 to 200 million dollars a year.