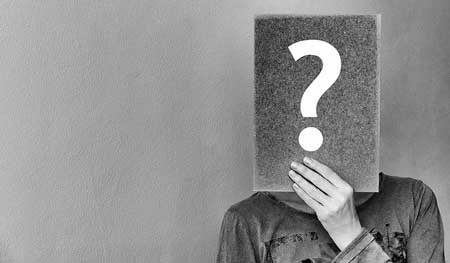 Despite much evidence to contrary, the question still keeps being asked: “Is fibromyalgia real?” (Image by Anemone123 from Pixabay)

Doctors sloughing you off? Friends don’t understand what you’re dealing with? Studies finding problems with the pain producing parts of the central nervous system in fibromyalgia (FM) date back well over ten years. They indicate that FM is a biological disease, yet the questions about how real or serious it is still persist in parts of the medical community and the public.

The fact that so many websites still feel compelled to emphasize that yes, fibromyalgia actually is a real condition indicate that the FM field itself and people with this disease still, at times, struggle against outmoded stereotypes.

In its very title, a 2016 scientific Journal article, “Not the Last Word: Fibromyalgia is Real“, made it clear the controversy over FM in the scientific community lingered. In 2017, Medical News Today asserted that the #1 FM myth in the public arena was that somehow it’s not real. The Cleveland Clinic gave its take on the fibromyalgia reality question that year, as well, and just last year, VeryWell Health felt it was time to once again ask: “Is Fibromyalgia Real?“.

It’s frustrating to have to battle ignorance as well as a difficult disease. To help out with that, here are ten reasons, all based on scientific studies, which you can use to convince skeptics in your circle (including your doctor) that FM is not only a real disease but a serious one to boot.

The third myth that Medical News Today pointed out was that “the pain (in FM) is minimal and does not affect daily life”.

Oh contraire. Studies indicate that fibromyalgia is actually one of the more painful diseases there are. A large North American study which contrasted the pain levels in juvenile FM patients with those of young people with other rheumatic diseases found it was no contest: pain levels were significantly higher, and functioning and well-being levels were significantly lower in the kids with FM. 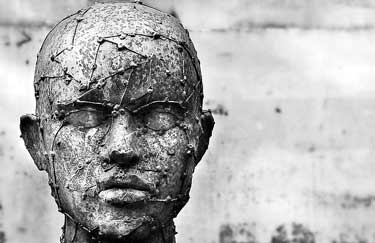 One person described feeling as if her body had been roasted by a blowtorch.

From “In Their Own Words: Chronic Fatigue Syndrome and Fibromyalgia Patients Describe Their Symptoms“.

That sounds pretty real to me. It’s just the beginning of the story, though.

Fibromyalgia has been called the prototypical central sensitization disorder, but what does that mean? It turns out that it means a lot of trouble. The fact that major pain producing pathways in the nervous system have gone on hyper-alert means the pain for FM patients isn’t confined to their hand or their arm or their leg – it’s widespread. In fact, the 2010 criteria for FM require that people with FM experience widespread pain.

Plus, the pain pathways in the spinal cords and brains of FM patients can become so hypersensitive to stimuli that even a touch, a bright light, or an innocuous odor can produce pain. 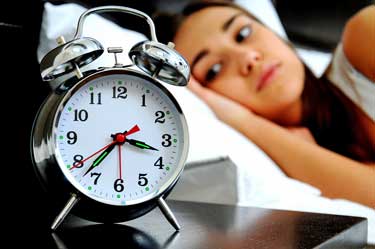 Interrupted and unrefreshing sleep is also common in FM.

Pain is the just beginning of the many issues that people with FM typically face.  FM also produces high rates of fatigue and problems with sleep and cognition. While the physical manifestations of the disease outweigh the psychological ones,  depression and anxiety may be present as well.

So, besides experiencing widespread pain, a typical person with FM feels sleep-deprived, fatigued, experiences difficulty thinking and may be dealing with depression or anxiety. Still think FM is a nothing disease?

Studies indicate that even by the standards of the medical profession, people with FM are having a tough time.  A review of dozens of studies found that FM had a similar or greater impact on both the physical and mental health of people with FM, when compared to people with rheumatoid arthritis, osteoarthritis, osteoporosis, systemic lupus erythematosus, myofascial pain syndrome, primary Sjögren’s syndrome, and others.

Another study found lower health-related quality of life scores in FM than in people with rheumatoid arthritis and spondyloarthritis, and a 2018 study found that fibromyalgia impacts a person’s quality of life as severely as does multiple sclerosis. That paper stated: “FM is a disorder that ‘in itself’ can have a devastating impact on an individual’s life.”

If you haven’t gotten by now that FM is a real and serious disease, I don’t know what it’s going to take, but there’s more.

#5. Can Be Quite Disabling 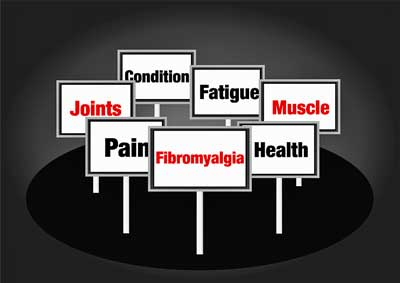 FM affects many parts of the body.

It’s difficult to understand how a “fake” disease could produce disability. A bit of fatigue, some discomfort, worry and anxiety – yes – but high rates of unemployment and/or disability? No.

Fibromyalgia does, though. A 325-person study found that over 50% of FM patients were either on sick leave or not working and that 23% had some degree of permanent work disability pension. In a study of the costs of chronic pain in the European Union, FM was found to produce the highest unemployment rate the most disability claims, and the most days absent from work of any pain condition.

That’s pretty bad, but it doesn’t get any better. It turns out that FM is a challenging disease to treat as well.

If a treatment works, you’re going to keep taking it, right? The fact that three FDA-approved drugs for fibromyalgia exist might seem like a cause for celebration, but no one should think FM patients are on easy street. Far from it.

The truth is that the drugs approved for FM work well in only a relatively small subset of patients. A large year-long Israeli study (n=@4,000 patients) found that less than 30% of people with FM filled their prescriptions twice and less than 10% were described as very adherent.

A study of juvenile FM patients over time found that youngsters’ sense of well-being tended to remain the same over time or worsen, and concluded that “the symptoms of juvenile pediatric fibromyalgia syndrome remained persistent and disabling for many patients.” In a survey, less than half of Canadian rheumatologists agreed that any of the current treatments for FM were effective.

While treatment programs can certainly help fibromyalgia patients, their outcomes tend to be modest. One recent review, “What You Can Do for Your Fibromyalgia Patient“, advocated a “multifaceted, long-term strategy” that was focused not on relieving pain but on simply making a person with FM more functional.

High rates of widespread pain, hypersensitivity to stimuli, fatigue, sleep and cognition problems, low quality of life, often disabling, difficult to treat: how much worse could it get? How about a tendency to come attached with other diseases as well? 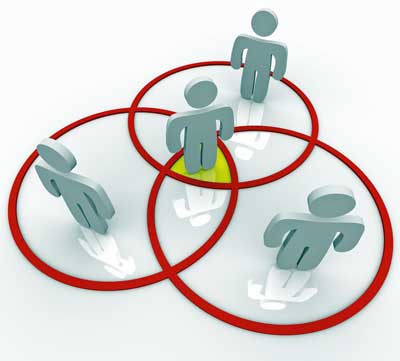 People with fibromyalgia often have a host of other diseases as well.

It turns out that because FM likes to cluster with other diseases, people with FM often face other health problems as well. Check out the long (but probably not complete) list of other diseases that FM patients have an increased risk of picking up somewhere along the line.

Then there’s the flip side of the coin: people with chronic pain conditions have an increased risk of coming down with fibromyalgia. That’s called “secondary fibromyalgia” and when that happens – watch out!

One large study of people with rheumatic disorders found that having FM as well as another rheumatic disorders “had a remarkable impact on the severity of symptoms“.  The impact was so large that the authors reported that FM essentially took over, with FM now becoming the patients’ main concern.

The same generally held true for migraine. Migraine patients with FM had worse headaches, suffered from more disability, had more problems with depression, and the risk of suicide was increased compared than people with migraine only.

The economic impact appears to be equally large with the medical costs of rheumatoid arthritis patients with FM nearly double (@ $19,000/year) that of RA patients without FM (@ $10,000/year) – which brings up economics.

Given that fibromyalgia is believed to affect from 4-10 million people in the U.S, the economic costs it imposes are, not surprisingly, large.

One review, “The Iceberg Nature of Fibromyalgia Burden: The Clinical and Economic Aspects”, reports that the clinical and economic costs of FM are comparable to such major and well-known diseases as diabetes, hypertension and osteoarthritis. It states that the mean annual direct medical costs of FM range from US $2,274 to $9,573 or more. That doesn’t include costs due to lost productivity and disability which could be 3-4x’s higher.

We’ve established that FM is bear of a disease, but what makes everything worse, and what can make every a visit to the doctor like tiptoeing through a minefield, are doctors who don’t get it, and don’t want to hear about it.

Good and caring doctors are certainly out there, but rheumatologists, in particular, are notorious for their aversion for treating fibromyalgia patients. A recent Canadian survey indicated that many doctors don’t even know how to diagnose FM.

“I think most physicians are aware of fibromyalgia, although many still don’t believe in it and communicate this [lack of belief] to their patients.

A survey of Canadian rheumatologists found that 30% believed FM was a psychosocial – not a medical – condition, and only 27% believed FM could get so bad as to stop someone from working. Despite the fact that FM falls under their specialty, half of them stated they would refuse consultations with FM patients. Given that most rheumatologists apparently threw the survey in the trash (42% response rate), this was probably a significant undercount.

By all markers – symptom severity, the multiple symptoms the disease produces, quality of life measures, disability, its many comorbid diseases, economic impact, etc. – fibromyalgia is clearly a real and serious disorder that has the ability to impact virtually every area of one’s life.

Many doctors, unfortunately, choose to ignore the evidence before them. It’s not just doctors, however. Everyone – patients, doctors, researchers – would be helped by a better understanding of this disease. Unfortunately, the largest medical funder in the world, the National Institutes of Health, apparently doesn’t believe FM is a serious disorder either: it spends about $12 a year per patient in FM research – one of the lowest ratios of any disease.