The founder of the Hunter-Hopkins Center in Charlotte, North Carolina, Dr. Lapp has been treating Chronic Fatigue Syndrome and Fibromyalgia for over 25 years.  A early collaborator with Dr. Paul Cheney from 1987 to 1995, Dr. Lapp opened a separate practice in 1995. He is also a Clinical Associate Professor of Family and Community Medicine at Duke University. 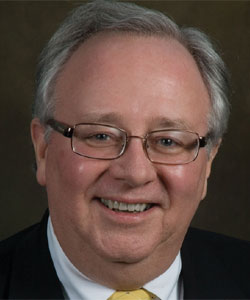 Dr. Lapp has been treating ME/CFS and FM for over twenty-five years.

An active speaker and contributor to the ME/CFS and FM communities, Dr. Lapp has served on the Federal Advisory Committee for Chronic Fatigue Syndrome (CFSAC), been a board member of the International Association for CFS/ME (IACFS/ME), and the American Fibromyalgia Syndrome Association, and is a medical advisor to ProHealth, the CFIDS Association of America and the National Fibromyalgia Association.

Recently Dr. Lapp co-lead with Dr. Bateman a CDC video presentation on Chronic Fatigue Syndrome Diagnostics and Treatments. He and the Hunter-Hopkins Center have participated in numerous clinical trials. He is on a short list physicians in  the U.S. to have used Ampligen to treat chronic fatigue syndrome in his practice.