My mission is to help people suffering from Chronic Fatigue Syndrome (CFS, also known as M.E.) and Fibromyalgia (FMS) to reduce their symptoms and recover from this illness. Dan Neuffer 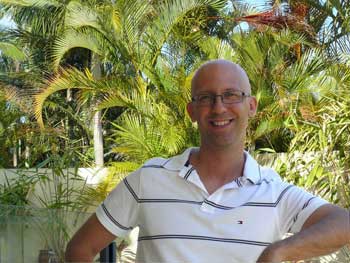 After  fruitlessly seeing dozens of doctors, Dan took matters into his own hands and found a pathway to recovery.  He believes that autonomic nervous system dysregulation plays a fundamental role in these illnesses and that a comprehensive treatment approach is critical; when he found the right treatment protocol treatments that hadn’t worked for him before began to work.

But when I started I had very little knowledge or training in physiology or biochemistry, so the task was a little daunting. I spent whatever time I had available during my well times researching at various University and other medical libraries and eventually formed a hypothesis for the pathogenesis of Fibromyalgia and Chronic Fatigue Syndrome.