CRISPR: Could a Breakthrough in Gene Editing Technology Help ME/CFS and Fibromyalgia?

(Thanks to Stephen for providing his stimulating blog on new advances in gene editing technology and the help they could possibly provide in ME/CFS and FM. Stephen’s hypothesis on benzodiazepine use and chronic illness is due to be published in a scientific journal soon.)

Assertion: CRISPR Should Be Applied to Chronic Faitgue Syndrome (ME/CFS) and Fibromyalgia Research and Treatments

These results provide evidence supporting the familial aggregation of fatigue and suggest that genes may play a role in the etiology of chronic fatigue syndrome. Buchwald et. al.

We all know having the wrong genes can make us vulnerable to disease.  Certain single? extreme genetic defects are known to cause well known diseases like haemophilia, cystic fibrosis, muscular dystrophy and sickle cell anemia.  If only we could alter problematic genes to function properly, countless people could transcend the fate of their heredity and be healthy and vigorous.  But we’re stuck with the genes we inherited at conception, right?  Either we’re blessed with good genes or doomed to suffer ill health?

At least that’s the way it was.  It’s possible that in the very near future doctors will be returning people to health by editing their genes. 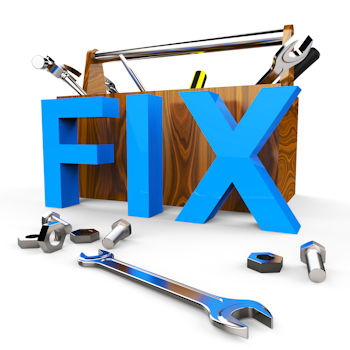 Could CRISPR help to fix genes gone bad in ME/CFS and FM?

The possibility of removing diseases by altering our genetic identity is a tantalizing prospect and talk of “gene therapy” has been around for quite some time but earlier attempts have failed.  So what’s changed?  Recently scientists including Jennifer Doudna, a molecular and cell biologist at the University of California at Berkeley and her French counterpart, Emmanuelle Charpentier at the Max Planck Institute in Berlin, developed a revolutionary method for editing any gene in just about any living organism.  How would they do it? They would do it like we would edit a typo in a letter using a technology called CRISPR.

CRISPR (pronounced cris-per: Clustered Regularly Interspaced Short Palindromic Repeats) beginnings were humble indeed.  The disparate gene sequences utilized in CRISPR were first identified in  bacteria in 1993 by a Spanish researcher Francisco Mojica. In 2005 Mojica hypothesized that these gene sequences are part of a genetic adaptive immune response. Bacteria, he believed, were integrating pieces of viral genomes into their own genomes and using them to fight off viruses.  In 2007 a French researcher working for the Danisco yogurt company put that idea to the test. (Bacterial yogurt cultures are often invaded by viruses and need to be tossed out. One blog called the fight between bacteria and viruses “the oldest war on the planet“.)

His intuitions were correct.  Since 2012 Dupont has been using this technology to produce cheese more efficiently – we’ve all probably eaten “crisperized” cheese. Besides cheese and yogurt making, the big breakthrough for humans came when researchers realized they could use this same system to edit our genes.

The official announcement of the CRISPR editing gene technology was made in 2012 when Jennifer Doudna and others showed they could precisely snip a microbe’s DNA at a location of their choosing. After another major breakthrough in 2013 resources have poured into the field.  Not only is CRISPR more effective but it’s also faster and cheaper than other forms of gene editing that have been proposed. CRISPR is making the dream of editing our genes into a reality.

Doudna likens CRISPR to “surgery for the cell” and to “making changes to the code of life.”  In an interview with Keith Morrison on NBC’s Sunday Night with Megyn Kelly, Douda said that “now, we can control human evolution.”  To call CRISPR a game changer is almost an understatement.  It’s the most astounding development most people still have not heard of, and yet it appears that it will change the course of history.”

Dr. Eric Olson at University of Texas Medical Center in Dallas has already used CRISPR in test tube research to reverse the most common form of muscular dystrophy.  Dr. Olson took cells from a patient with muscular dystrophy and corrected them outside of the patient’s body using CRISPR.

Getting those cells back into the patient where they could stop the progression of the illness is a work in progress that in animal trials.  Dr. June Wu and researchers at the Salk Institute have already taken sibling mice each with the same genetic disease which caused rapid premature aging and treated one of them with CRISPR.  While the one mouse treated with CRISPR remained young and virile, his poor brother aged well past his time.

The first targets for CRISPR are the most obvious genetic diseases.  But what about chronic fatigue syndrome (ME/CFS) and fibromyalgia? No obvious genetic causes such as those found cystic fibrosis have been found.   Is there any chance that CRISPR could play a pivotal role in treating them?

All chronic diseases are believed to result from a combination of genetic and environmental factors (diet, pathogens, toxins) and genetic variants (single nucleotide polymorphisms or SNPs, pronounced snips) have been found in both ME/CFS and fibromyalgia. If researchers were able to edit the variants that appear to help trigger and perpetuate ME/CFS and FM it’s possible that CRISPR could play a valuable role.

The fact that only 28 out of several million possible SNPs predict whether a person has CFS with 76% accuracy indicates that CFS has a genetic component that may help to explain some aspects of the illness. Goertzel et. al. 2006

Because only a few diseases result from single gene mutations if CRISPR is going to make a big difference in the medical field, and its proponents think it will make a huge difference, it will have to do so in diseases like ME/CFS and FM which in part result from a variety of small genetic changes.

The polymorphisms effecting calcium ion channels (TRP) and acetycholine functioning (ACHR) that the Griffith’s team in Australia has found in both B-cells and NK cells could reflect widespread problems in immune functioning. Given the significant role NK cells and perhaps B-cells play in ME/CFS these polymorphisms could at some point make an ideal target for a CRISPR editing job.

Goertzel’s remarkable finding – that the CDC team would predict with a pretty high success rate who had ME/CFS or not using a few dozen out of several million polymorphisms – suggested a strong genetic component exists in these diseases.  Buchwald’s large 2006 ME/CFS twin study similarly concluded that fatigue tends to aggregate in families and has a genetic component.

Indeed, a recent Australian twin study found a surprisingly high heritability in the amount of fatigue a person experiences.  A recent review of the genetic factors in fatiguing diseases including ME/CFS, cancer fatigue and other diseases found that in all the diseases fatigue was associated with (editable) genetic variations in the TNFα, IL1b, IL4 and IL6 genes. Other polymorphisms in  HLA, IFN-γ, 5-HT and NR3C1 genes appeared to play a role in the fatigue found in ME/CFS as well.

Other possible ME/CFS impacting genes include adrenergic receptors (ADRA1A), serotonin (5-HTT), COMT, complement and others. Lombardi’s finding of five polymporphisms clustered in T-cell receptor loci put a spotlight two years ago on T-cells. Wyller’s finding that a single polymorphism in the COMT gene had a dramatic effect in the response to Clonidine underscored how powerful small changes in our genetic makeup can be. 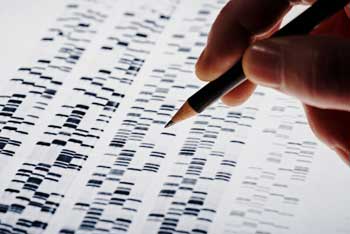 As time goes on other gene polymorphisms will surely pop up. One of the top geneticists in the country, Ron Davis, is currently overseeing and the Open Medicine Foundation is supporting, a deep dive into the genetics of ME/CFS patients, their families and others at Bruce Snyder’s lab at Stanford.

Davis recently uncovered a genetic variant new to the field which showed up in all the ME/CFS patients in the Open Medicine Foundation’s severely ill big data study.  The impact of the variant is not clear yet, but it’s clear from Davis’s finding that much remains to be learned regarding the genetics of ME/CFS.

Five studies indicating that FM is aggregating in some families suggest a strong genetic component is present. A huge Finnish study concluded that the “symptoms known to be associated with fibromyalgia seem to have a strong genetic background“.

Some genetic findings may be simply waiting to be discovered. Dr. Martin Pall’s small study (consisting of 17 ME/CFS patients and 111 healthy controls) revealed increased levels of 3-Nitrotyrosine, a byproduct of nitrating agents that reflect how much peroxynitrite, a potent oxidant that can do much damage to cell tissues and energy enzymatic processes is present. The study suggested that peroxynitrite levels are on average 5.43 times higher in patients with ME/CFS.

In fact, the patients in the study with the lowest amount of 3-Nitrotyrosine still had 2.25 times higher levels of peroxynitrite than the healthy controls.  Dr. Pall noted that such a dramatic disparity is rare in medicine.  His hypothesis proposes that vicious cycles in both ME/CFS and fibromyalgia converge to form high amounts of peroxynitrite.

Individuals who are genetically handicapped with SNPs that affect their body’s ability to recycle a substance called BH4 may be vulnerable to forming peroxynitrite in various tissues of the body, including the central nervous system due to a well-researched phenomenon called “uncoupling” in the formation of nitric oxide.

SNP’s in the NrF2 gene, for instance, which has been called the “master regulator of the antioxidant response“, may be hampering antioxidant activities and increasing inflammation across the body. NrF2 is considered a prime target for therapeutic interventions (perhaps eventually through CRISPR editing) that increase its activity levels and reduce inflammation in rheumatic diseases.

If such inefficient genes are present in ME/CFS and FM, then editing them to produce better functioning versions of them could help greatly in reducing the oxidative stress and inflammation in ME/CFS and FM.  Editing a “bad” NK cell gene could get ME/CFS patients natural killer cells functioning in a way no drug could.

Again, the fact that such SNPs, i.e. gene variants, are not the cause of these diseases (as certain genetic mutations are the cause of obvious genetic illnesses) would not be so important in determining whether to edit them with CRISPR.  The more pragmatic question in determining whether to target certain SNPs in ME/CFS and fibromyalgia is simply whether altering the genes would help reverse the illness.

I believe the ME/CFS and fibromyalgia patient communities might benefit by asking the NIH, influential doctors and researchers to produce the best genetic picture of ME/CFS and FM possible and apply CRISPR in researching these conditions.  CRISPR is not ready for prime time in treating illnesses yet but when it is we do not want to be left behind.

Help researchers understand the genetic basis of ME/CFS by providing your genetic data from 22andME or Ancestry.com to Nancy Klimas’s ME/CFS Genes Study.

I have lost my long time access to papers in medical journals. If anyone could provide me with those papers please let me know via my email address (cortrising@gmail.com) or the contact form on this blog. Thanks!