Jeff Wood’s remarkable recovery from severe ME/CFS following spinal surgery to correct craniocervical instability (CCI) and other problems shocked the ME/CFS community. It’s safe to say that almost no one saw that coming. Since then, others, including Jen Brea and Julie Rehmeyer, have been diagnosed and undergone surgery, while others have chosen different paths. The unusual diagnosis – and the prospect of possibly undergoing neurosurgery – have, not surprisingly, sparked some controversy. In this editorial, Jeff – the one who started all this off in 2018 – addresses some of the misconceptions about surgery he believes have arisen.

During my years spent bedridden with severe ME, I ultimately figured out that I had craniocervical instability (CCI). In January of 2018, I chose to have a skull-to-C2 fusion surgery to correct the CCI. This was followed by a second neurosurgery to correct a tethered spinal cord. Since then, I have remained in remission from ME.

Almost every day, I receive emails from people with ME, saying they want neurosurgery and asking me how to go about getting it.

The reality is this: Neurosurgeons do not operate solely because someone has an ME diagnosis.

You can have severe POTS, PEM, and sensory sensitivity, exactly as I did. As life-destroying as those symptoms are, they are not an indication for neurosurgery. You can meet the International Consensus Criteria for ME, the Canadian Consensus Criteria for ME, and satisfy Ramsay’s definition of ME, exactly as I did. Yet, again, a neurosurgeon will not operate based solely on those reasons.

To operate based solely on an ME diagnosis would be irresponsible behavior on the part of any neurosurgeon.

The threshold for becoming a candidate for neurosurgery is high. The evaluation standards include extensive, careful, objective testing to identify potential underlying structural problems. Some of these conditions include craniocervical instability (CCI), Chiari malformations, tethered cord syndrome, Eagle’s syndrome, and cervical stenosis.

We don’t yet know how many people with ME have CCI, tethered cord, cervical stenosis, or other mechanical neurological conditions underlying their symptoms. Whether it’s 5%, 95%, or somewhere in between remains to be discovered. Research is the way to find out. It is very heartening to see our community calling for rigorous research into these areas. One additional research area is regenerative medicine, which includes potential non-surgical approaches to addressing some of these conditions.

A chronically ill person who finds a serious underlying condition, and then chooses to address that condition, is not exactly a radical. Would a person with ME, who discovers they have hypothyroidism, be described as radical for deciding to treat it?

Yet, when a person with ME finds out they have CCI and decides to treat it, they are sometimes described as radical. I have been called a radical for connecting CCI to my ME symptoms – and for proposing the Mechanical Paradigm. I have also been called radical for being the first ME patient to undergo a fusion surgery.

I would suggest an alternative interpretation: Finding and treating a serious underlying or contributing condition is, arguably, rational.

I would even go one step further:

Identifying and treating a potential underlying problem is exactly what people with ME, and their physicians, have been hoping to do for decades.

Consider that ME has a poor prognosis. The idea that someone with such a serious illness should somehow refrain from addressing an underlying condition – I can’t quite follow that reasoning.

To my mind, it is logical that someone with a serious illness like ME would want to identify any potential underlying condition, including mechanical neurological distortion. If they did not want to consider various possibilities that might be contributing to some of their symptoms, I wouldn’t quite understand. Consider, again, the hypothyroid example: If someone had ME as well as severe hypothyroidism, they would likely choose to treat the hypothyroidism and see if their quality of life would improve.

When someone receives a structural neurological diagnosis, such as CCI, that does not mean they need to have neurosurgery. Quite a few people choose to not have surgery. Some will try to address the problem with conservative measures, first. Some will decide to wait for more research.

Let’s Protect Each Other

This is not to say that every person with ME will have CCI, tethered cord, or other mechanical conditions. In the absence of high-quality research, it is far too soon to draw that conclusion.

When people spread the idea that neurosurgery is being offered based on an ME diagnosis alone, that is false. These are harmful rumors that hurt our community. If you see someone repeating these rumors on social media, help them out! Give them the facts.

You can always link to this piece of writing, to help people better understand the situation.

People with ME have the lowest self-reported quality of life compared to other serious health conditions. People with ME live with a degree of chronic stress that many healthy people can’t begin to comprehend. Our community should not endure the additional burden of scary, unchecked rumors about neurosurgery. We need to protect each other, and sharing basic facts is a good way to do this.

We have watched COVID-19 spread exponentially, destroying lives in its wake. COVID-19 has left some people with ME-like symptoms. Amidst the tough reality of this rapidly spreading virus, and in addition to living with chronic illness, we can sometimes feel like the world is outside our control.

Here’s the good news: Accurate information can go viral, too! The information we chose to share is entirely within our own control. All it takes is a willingness to protect each other and share. 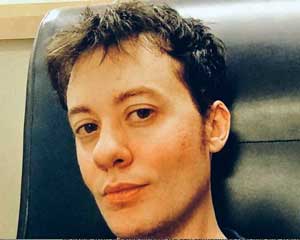 Jeff Wood recovered completely from what appeared to be a very severe case of ME.

Jeff Wood is the creator of MechanicalBasis.org. In early 2017, after extensive research, Jeff figured out the cause of his own ME. He has remained in remission since his CCI and tethered cord surgeries. Jeff developed the Mechanical Paradigm in 2018. He has proposed that, for some, there may be a connection between ME and mechanical neurological conditions, specifically those associated with connective tissue disorders. Jeff has been calling for more research into these connections.

Dr. David Kaufman MD said to Jeff, “…this would not have been happening without your relentless research and perseverance. I give you full and complete credit for this.”

Dr. Paolo Bolognese MD said about Jeff’s work, “Exchange notes with Jeff Wood. I know these symptoms from the outside. He knows them from the inside. He is one of the most introspective patients I have ever met. And so far, he is batting 1,000…”

Jeff Wood is a consultant to chronically ill patients as well as to researchers and MDs who serve this community. He works with clients from all over the world, thus far from: Germany, France, India, Australia, Slovenia, Pakistan, the Netherlands, Mexico, the United Kingdom, Canada, and every geographical region of the United States.