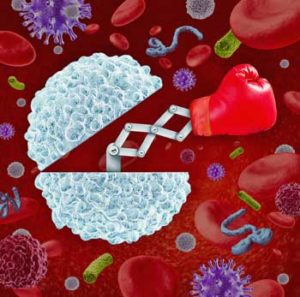 The medical world has responded to the coronavirus with amazing speed.

The medical world has reacted to the SARS-CoV-2 pandemic (often referred to by the condition it causes (COVID-19)) with astonishing speed. As of April 6th, the clinicaltrials.gov site – the database for clinical trials occurring all over the world – lists 290 studies underway or about to begin.

First a cautionary note as the number of coronavirus trials explodes. The odds are that the vast majority of trials will fail. The hope is that few will succeed and form the basis for a treatment protocol.  During times like this, though, many things are tried – some of which might not have been tried is less trying circumstances.

“Many drugs we believed were fantastic ended up killing people,” Dr Andre Kali” regarding the untested drugs given to suffering Ebola patients by doctors trying to help. All the drugs ultimately failed in clinical trials.

Some of the drugs getting more interest are listed below.

Antibody tests are cheap and easy to manufacture. Because they measure a persons immune response to the virus – in the form of the antibodies they’ve made – which takes some time to kick in, they can’t tell if someone has recently been infected. They can. however, identify people who’ve been infected, have presumably built up immunity to the virus, and can go back to work or interact safely with others. Widespread antibody testing will also tell us how widespread the virus is and how many asymptomatic people have been passing it on.

In March the Gates Foundation. Wellcome Trust and Mastercard funded the COVID-19 Therapeutic Accelerator  to the tune of $125 million to identify, test, and ultimately manufacture helpful drugs for the coronavirus.

Remdesivir is a broad spectrum antiviral drug which targets RNA polymerase – the enzyme RNA viruses like the SARS-CoV-2 use to replicate.  The European Medicines Agency (EMA) recommended remdesivir be used in compassionate use programs which allow doctors to prescribe the drug.

Remdesivir worked very well against Ebola in rhesus macaques but monoclonal antibody drugs proved to be more effective. The drug inhibits SARS-CoV-19 in the laboratory.

Trials – Its maker, Gilead, has been working with researchers and governments around the world to get clinical trials up and running. Six large studies are in progress, with the first, in severely ill patients in China, due to finish as early as April 3, according to a government website. A study in patients with milder disease will also finish in April, with two more due in May.

An early analysis of 53 people taking remdesivir, half of whom were on ventilators, was promising as 68% improved and half were taken off the ventilator. Because there was no control group, however, we don’t know how effective the drug is; i.e. how many people would have gotten better without taking the drug. 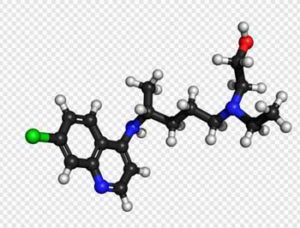 Hydroxychloroquine is an inexpensive, generic drug that can be produced by compounding pharmacies which is used to treat malaria and lupus. A survey of over 6,000 doctors gave the drug their top choice for treating COVID-19.

A small French study seemed to indicate that combining hydroxychloroquine with azithromycin decreased coronavirus levels. STAT points out, though, that the French study had such significant methodological problems (not randomized, inappropriate control group) that a London statistician reported the trial “gave very little useful information about whether hydroxychloroquine might help”.

STAT News reported that a Chinese study was better, but that the results were still  “compatible with a wide range of possible effects”; i.e. “Nobody knows whether the drug helps or not.”

Two days ago a Parisian study found the drug provided no benefit. Check out a doctor’s review of the evidence here.

With runs on Plaquenil limiting access to the drug for people with lupus and other conditions, Andrew Cuomo in New York and Nevada are limiting new prescriptions of the anti-malarial drugs to patients with previously approved FDA conditions and to coronavirus patients participating in state-sponsored experiments.

Providing antibody-rich plasma from those who have recovered has been used successfully in other epidemics. One recent study from China reported that of 10 patients given convalescent plasma, seven saw their viral loads become undetectable; it also noted other improvements in their condition.

On Tuesday, the Food and Drug Administration approved the use of plasma from recovered patients to treat some severe cases and New York will begin testing serum from people who have recovered from the virus to treat those who are seriously ill.

Monoclonal antibody drugs developed to fight autoimmune diseases can tame potentially deadly immune system over-reactions which result in “cytokine storms”. Cytokine storms are more likely with viruses like SARS-CoV-2, when they produce the lower respiratory infections. Uncontrolled cytokine storms that damage the lungs are believed to be responsible for some of the most serious cases of COVID-19.

Stat News reports that a small Chinese study found that Actemra reduced fevers and the need for oxygen. Trial results from a similar drug called Kevzara could be ready as early as April. Both drugs target the IL-6 cytokine.

Colchicine is an inexpensive, anti-inflammatory, anti-gout drug which reduces uric acid levels. It’s being trialed in an attempt to reduce inflammation in the lungs associated with COVID-19.

Thalidomide is to treat leprosy and multiple myeloma. It’s being studied in China to determine if it could help with coronavirus-related pneumonia.

Favipiravir is an antiviral which appeared to do well in an early test and is being tested in China.

The first, and surely not the last, major failure. Despite encouraging talk about the combination, a study published last week in China indicated these drugs provided no benefit compared to placebo.