Virtually everyone is exposed to Epstein-Barr Virus (EBV). If you catch it as a child you usually feel nothing, but if you’re an adolescent you’re likely to come down with infectious mononucleosis – and a greatly increased risk of ME/CFS. 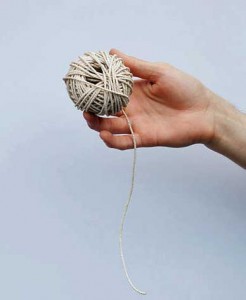 After German researchers noticed some strange EBV antibody readings in their ME/CFS patients, they dug deeper …and deeper. The more they pulled on that EBV string the more they found.