Laggard: Is an Under-Active Brain the Problem in Chronic Fatigue Syndrome (ME/CFS)

Two years ago, Marcie and Mark Zinn produced what I thought were the two most exciting presentations of a very  exciting Stanford Symposium.  They had used a technology called qLoretta to analyze EEG findings in a way that hadn’t been done before and the effort appeared to have paid off. 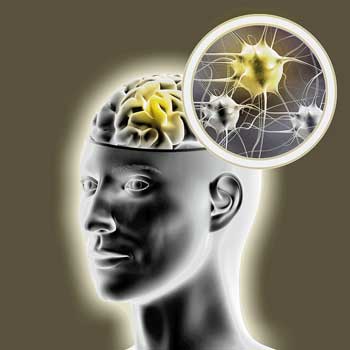 Mark Zinn proclaimed that chronic fatigue syndrome was going to teach the medical profession a lot about the brain.  The problems they found were so widespread that the Zinn’s asserted ‘a global expression of CNS hypoactivation” was present, and that ME/CFS patients might be in the grips of an “limbic encephalopathy”.

Mark Zinn felt their findings would bring ME/CFS patients relief; their studies indicated that their cognitive and other problems were real, but that was the last we heard from them for over two years. Their two Stanford papers were never published (the last two Stanford newsletters have listed them as under review) and they moved to Chicago to begin work with Lenny Jason.

This year they’ve published one study with new participants, one case report and one review.  Co-authored by Dr. Jason and the two Zinn’s the study contained 18 ME/CFS patients from Dr. Jason’s DePaul University ME/CFS in Chicago.

The Zinn’s grabbed a big bull by the horns regarding cognition and ME/CFS immediately when they noted the discrepancy between the degree to which people with ME/CFS report cognitive problems and the extent with which they’ve shown up in studies.  They noted a recent meta-analysis whose results (deficits in attention, memory and reduced responsiveness) contrasted strongly with the many issues patients report (deficits in selective and sustained, attention, speech, planning, decision making, error correction, reading and speech comprehension, information processing speed, and visuospatial ability.) This disconnect between study results and patient reports has led some to believe that ME/CFS is a somatization disorder with no underlying pathophysiological problems.

The QEEG studies done in ME/CFS, however, would disagree with that assessment. No less than ten studies in ME/CFS, they report, suggest an underlying pathophysiology is present. Why have QEEG studies been so adept at plucking out problems? Possibly because they measure pathophysiology at the cellular level – which many people believe is where the action is in ME/CFS.  Because QEEG testing assesses nervous system activity by the millisecond they may be more likely to pick up rapid changes in the dynamics of the brain  than other approaches such as fMRI’s.

How well the different  regions of the brain regions connect or pass information to  each other is particularly important with regard to cognition The brain, the Zinn’s point out is an “information processing device” that relies on continuous flows of information across it to maintain the body’s homeostasis and to figure out what to do next.

In this study the Zinn’s used the Menon Triple Networks model of brain pathology to inform their findings. The model hypothesizes that three core networks in the brain regulate arousal, attention, and general access to cognitive abilities. All three must work together for cognitive processes to work well. The brain must rouse itself,  then focus on something (salience network), and then use it’s cognitive capabilities (central executive network) to analyze what it’s attention was grabbed by. Any issues with any one of these spells trouble. 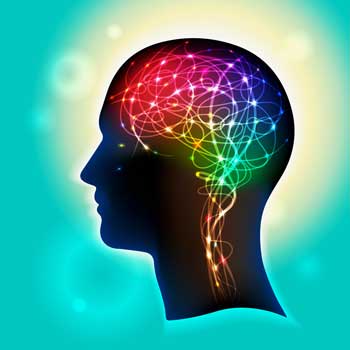 Some of these regions are impaired in ME/CFS. The anterior insula, for instance, is a key player in the salience network and an object of interest in ME/CFS and FM.   If the anterior insula is unable to filter out irrelevant from non-irrelevant stimuli, the brains ability to focus on a single problem will be impaired.  Or if the anterior insula focuses too much attention on less relevant issues or stimuli  problems with anxiety or pain can result.

Getting easily upset or anxious over small things that failed to bother one before and/or problems with pain sensitivity (e.g. too much attention being focused on internal stimuli), could derive from problems with the anterior insula telling a person to focus on irrelevant stimuli.

In their review the Zinn’s asserted that attempts to focus on one region of the brain while ignoring how that region interacts with other regions of the brain has resulted in research findings that under estimate the size of the cognitive problems present in ME/CFS.

This study looked at “cortical source density” across the brain and then used that information to determine how three networks were functioning in people with chronic fatigues syndrome (ME/CFS) and healthy controls.

The study found reduced alpha and alpha-2 sources across the entire occipital lobe and extending into portions of the parietal, temporal and limbic lobes.  Alpha rhythms show up most strongly in a waking and rested state – two states that wired and tired ME/CFS patients probably have little familiarity with.  These alpha waves play a critical role in a bunch of brain processes that are not doing too well in ME/CFS including information processing (slowed), attention (down), inhibition (definitely harder to do post-ME/CFS).  All in all, alpha rhythms are strongly associated with the ability to engage in “executive functioning” which includes the ability to plan and engage in tasks.

The reduced alpha wave activity found across a large part of the brain (occipital, parietal, temporal, and limbic regions) can help explain why it’s so difficult sometimes for people with ME/CFS to get into action, and why they have both sensory and movement problems.

The Zinn’s also found evidence that the three modes were not synchronized well in ME/CFS. In order for the brain to work properly it should arouse itself, focus on a task and then carry it out. The Zinn’s found evidence of lags in all three phases. The brain took longer than normal to arouse itself, stumbled as it tried to focus on a task, and then stumbled again as it tried  to carry it out. It was as if the gears were not meshing properly. 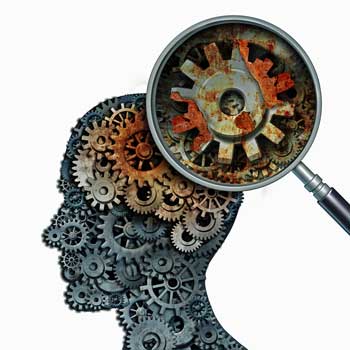 The gears were not meshing in the ME/CFS patients brains.

That made sense given prior studies finding delayed reaction times as well as the slowed movements sometimes seen in ME/CFS.  In order for someone to move their arm the motor cortex needs to be activated and then it needs to activate the movement centers of the brain.  Problems with both parts of the brain were demonstrated years ago in ME/CFS. The lags in the ability of the different parts of the brain to communicate with each other could help explain why that is.

The Zinn’s also referred feelings of derealization (brain fog), problems with spatial orientation and the difficulties some patients have in a) driving a car and b) getting lost when they do so.

As in their presentation two years ago, the Zinn’s referred to hypoactive mental states that might be able to interrupt consciousness to such a degree as to bring on vegetative states.  They also noted that the weakened coupling they found within the salience network – which determines how much attention to pay to internal or external stimuli – could be producing the different hypersensitivities found in ME/CFS.

Plus the problems with the salience network and its weakened connectivity with the DMN network could lead to problems with self-reflection and mental activity.  At least in my case, I feel that my capacity for self-reflection  – which I assume requires  being in a rested yet wakeful state –  was diminished greatly after getting ME/CFS.

In January of this year the Zinn’s published a case report of one patient which may further help explain ME/CFS.

As we’ve seen the Zinn’s data suggests that arousal and attention are inhibited in ME/CFS.  It turns out that our attention is grabbed when a novel event causes the reticular formation of the brain to wake up the cortex.  The cortex then filters out the irrelevant information and processes the relevant formation. Problems with this process show up in difficulty paying attention and anxiety.

This process of arousal and attention is related to something known as phase locking which occurs when millions of neurons become synchronized on the order of milliseconds in order to assess a new event. During phase shifts the neurons become unsynchronized so that a new set of neurons can become recruited to assess the next event.

The Zinn’s found very fast phase shifts and locks in their patient.  Phase shifts need to last long enough for the brain to recruit enough neurons to assess new event but that didn’t appear to be happening in the ME/CFS patient.  Plus the phase lock process was being broken so quickly that the few neurons that were engaged didn’t have the time needed to analyze the event.  The Zinn’s proposed this pattern was consistent with the  slowed information processing times and other problems in ME/CFS.  They stated

If your attention span has become shorter, if you can’t remember things, if you often lose your train of thought, if you make silly mistakes, even if you’re anxious a lot or can’t move well – the good news from this study is that that’s not you – it’s probably your brain.

With three publications under their belts thus far the Zinn’s are doing well with Lenny Jason at DePaul University. Next up a talk with Marcie Zinn and a look at their review paper on the brain including the possible  causes of the brain problems they’ve found.