“…science has taken a turn towards darkness” Richard Horton, editor of the Lancet

The latest PACE controversy started with a simple invitation from Richard Horton, the editor of The Lancet – to 42 signers of a letter requesting that an independent analysis of the PACE trial be done.

Horton’s history with the PACE trial had seemed one-sided to many in the ME/CFS camp. Horton could have simply dismissed the criticisms of the trial  but he went a step further characterizing the critics complaints as “vexatious”, and characterizing them as

“a fairly small, but highly organized, very vocal and very damaging group of individuals who have, I would say, actually hijacked this agenda and distorted the debate so that it actually harms the overwhelming majority of patients.”

Vexatious complaints are simply attended to annoy; they indicate that no real grounds for the complaint exist. 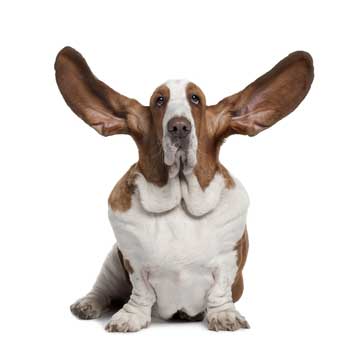 Horton appeared to listen when 43 professionals submitted a letter to Lancet but then mysteriously disappeared again.

When forty-two researchers, academics and clinicians signed off on a letter stating they believed that the flaws in the PACE trial “have no place in published research” Horton couldn’t ignore them. So he did what a good editor should do: he promised to give them space in the journal to air their concerns. He replied to their email:

“Many thanks for your email. In the interests of transparency, I would like to invite you to submit a letter for publication–please keep your letter to around 500 words. We will then invite the authors of the study to reply to your very serious allegations.”

His reply suggested that the letter would be published with a response from the authors of the trial, but then Horton shelved the letter.. Months later, after some digging, the authors learned that The Lancet had rejected the new letter without explanation. Since contents of the new letter closely followed the contents of the original letter; i.e. Horton knew exactly what he was going to get – they were thoroughly confused.

The Lancet’s latest reply came not from Horton but from Audrey Ceschia, the Lancet’s correspondence editor. She explained “that the Lancet editorial staff decided, after discussing the matter with the PACE authors, that the letter did not add anything substantially new to the discussion.”

The fact that Horton had used the same authors who’d publicly stated that they believed the continuing controversy put their careers in risk to rule on the letter’s veracity seemed not to bother Ceschia or Horton at all.

Lancet appears to be either so blind to the issues of journalistic integrity that they don’t realize how crazy this looks, or they simply don’t care.. 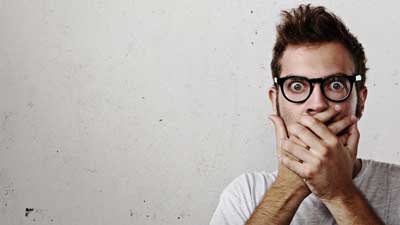 Horton’s attempted burial of the letter prompted Vincent Racaniello, the researcher running the Virology blog website, to take off the gloves. Racaniello flatly accused The Lancet’s chief editor of “highly unprofessional” behavior and trying to bury the issue. He asserted that Lancet simply could not be trusted to act in an objective manner anymore.

“The reasons given for the rejection are clearly specious. The letter for publication reflected the matters addressed in the open letter that prompted Dr. Horton’s invitation in the first place, and closely adhered to his directive  to outline our “serious allegations”. If outlining these allegations was not considered publication-worthy by The Lancet, it is incomprehensible to us why Dr. Horton solicited the letter in the first place.  Racaniello

The sequence of events suggested that Horton had initially been persuaded by the letter; he did, after all, ask the 42 authors for another letter but something – probably his conversations with the PACE trial authors – persuaded him to attempt to bury the matter.

One might be inclined to lump The Lancet into the buddy-buddy basket of medical journalism except for two things. The Lancet is genuinely thought of as one of the top medical journals in the world, and Lancet’s editor, Richard Horton, has portrayed himself as a kind of white knight of journalistic integrity. Last year he penned a startling op ed suggesting that perhaps half of the published scientific literature is simply wrong.

The case against science is straightforward: much of the scientific literature, perhaps half, may simply be untrue. Afflicted by studies with small sample sizes, tiny effects, invalid exploratory analyses, and flagrant conflicts of interest, together with an obsession for pursuing fashionable trends of dubious importance, science has taken a turn towards darkness. As one participant put it, “poor methods get results”.

Yet, Horton apparently took the “peer” out of the peer review by giving the PACE researchers a say in whether a letter raising concerns about the validity of their own research should be published. The Lancet at this point is looking more like the Keystone Kops than a serious medical journal.

If Horton believes that perhaps half the scientific literature – ninety-nine percent of which is published without controversy – is untrue, where does that leave the PACE trial? How unlikely is it that the PACE trial, which has generated enormous controversy amongst both researchers and patients, doesn’t have a serious problem?

Horton is clearly invested emotionally in the issue. He surely exaggerated when he told Australian radio that the Lancet paper, which he had fast-tracked and published within four weeks of being submitted, had gone through “endless rounds of peer review”. Horton also probably exaggerated when he reported that FOIA requests concerning the PACE trial had cost the British taxpayers over a million dollars (U.S.)

Two months ago, though, a presentation at an international statisticians conference asserted that the PACE data was so “highly flawed” as to be “uninterpretable.” The American Statistical Association actually urged its delegates to attend the talk to hear how “how bad statistics harm patients and our profession”.Bruce Levin, a biostatistician at Columbia University, told Julie Rehmeyer that “The Lancet needs to stop circling the wagons and be open. One of the tenets of good science is transparency.”

In a piece titled “PACE study and the Lancet: Journal reputation is a two-way street”, statistician Andrew Gelman pointed to past journals which lost their reputations because of similar situations. He suggested that The Lancet could be playing with fire. He imagined a conversation like this occurring:

Scientist A: My new paper was published in the Lancet!

Scientist B: The Lancet, eh? Isn’t that the journal that published the discredited Iraq survey, the Andrew Wakefield paper, and that weird PACE study?

A: Ummm, yeah, but my article isn’t one of those Lancet papers. It’s published in the serious, non-politicized section of the magazine.

B: Oh, I get it: The Lancet is like the Wall Street Journal—trust the articles, not the opinion pages?

A: Not quite like that, but, yeah: If you read between the lines, you can figure out which Lancet papers are worth reading.

For now The Lancet has the upper hand. Getting published on The Lancet is so sought after that researchers create their submissions solely based on how they think The Lancet will view them. Given that kind of influence, who, outside of the chronic fatigue syndrome community, wouldn’t give The Lancet the benefit of the doubt against the much maligned ME/CFS community? 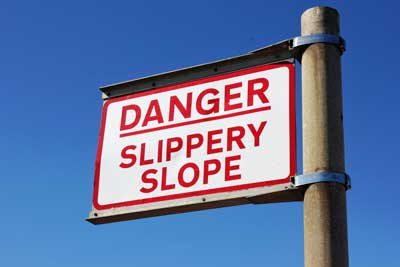 A reputation can be a slippery slope – gained with difficulty and easily lost.

The Lancet probably doesn’t feel it needs to play fair with under-served disorders like ME/CFS, but a reputation is more easily lost than won. It’s often in these seemingly small, David vs Goliath type battles where the arrogance endemic in an institution (or an editor) gets fully exposed, that institutions can take their biggest hits.

Horton nixed his chance to get ahead of the curve for once, and acknowledge the PACE study might have some problems. After a judge ruled in favor of an ME/ CFS patient the raw data from the PACE trial data is being independently assessed. We’ll see what happens, but if the data suggests that changes to the trial’s protocols benefited the researchers, the PACE trial will take a big hit – and so will Horton.

Horton should probably note what happened to Queen Mary University of London in its efforts to suppress the PACE data. It floundered about so much it was made to look ridiculous. The Tribunal ruling on the case called some of the QMUL’s arguments “wild speculation” and accused one its defendants of lacking the objectivity demanded by his profession. It asserted that he was unable to distinguish “legitimate ethical and political disagreement”, and that his reports of hostile activist behavior were “grossly exaggerated”. It basically accused one of the QMUL’s main witnesses of an over-reach unbecoming of academia.

In the Dr. Seuss story “Horton Hears a Who” Horton can hear a world that no one else can see. Right now Richard Horton seems to be living in a world of his own – a world where it’s OK to castigate critics and play waiting games instead of responding to inquiries, and allow the plaintiffs to play judge, etc.

He and The Lancet may be in for a surprise.