The Psychosocial Disease? – Has Fibromyalgia Been Captured by a Behavioral Paradigm?

The very nature of fibromyalgia, like chronic fatigue syndrome (ME/CFS), has left it prone to psychological interpretations.  No injury or lesion has ever been found. No accepted blood test points to a biological problem. The disease produces lots of symptoms – a sure sign to some of a psychological problem – and it mainly effects women – who historically have had problems being believed, by the medical profession. Plus, mood disorders such as depression and anxiety appear to be fairly common. 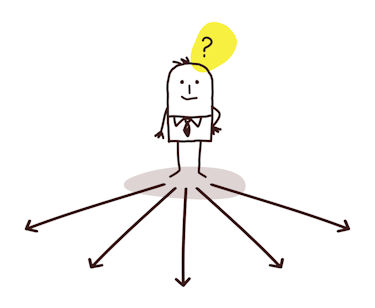 Is fibromyalgia being taken over by a mind/body paradigm (and does anyone care?)

Of course, there are many reasons not to focus on a psychological interpretation of fibromyalgia (FM). Many brain imaging studies have documented central nervous system problems and autonomic nervous system problems are evident. Three drugs have been approved by the FDA to reduce pain. (One drug is an anti-depressant which can relieve pain in FM patients who do not have depression.)  Small nerve fiber neuropathy occurs in a significant subset of patients.  An immune blood test may have been found. Plus, because the pain-producing centers of the brain that are involved in FM also regulate emotions it stands to reason that people with FM might get emotionally tweaked by the disease.

A large number of mind/body/psychological FM studies have been noticeable for quite some time, but lately their sheer number leapt out at me.  That prompted the question of whether a psychological approach to FM has or is in the process of taking over. As a preliminary assessment of that, a short survey, done about a week ago, of the last four months of FM research citations, was done

This quick survey covered 46 studies, and it did indeed uncover a bias toward studies using psychological or mind/body approaches to FM.  Twenty-two of the 46 citations or almost 50 percent of the studies or clinical trials focused on psychological interpretations of FM or on behavioral approaches to treating it (including exercise).

They suggested that low levels of self-forgiveness  are found in FM, and that more social support improves their mental and physical health.  One study reported that “potential” personality disorders (65%) are common. Another found that stress contributes to anxiety, neuroticism and mastery issues and increased pain, fatigue and sleep problems.

How much effort FM patients applied does affect some cognitive scores but problems with slowed processing speeds and impaired attention prevail, regardless of effort.  Fibromyalgia does not stop women from breastfeeding. (Fibromyalgia was tied to mood disorders in the study abstract.) Some women with fibromyalgia don’t walk much.

Most of the mind/body type clinical trials produced positive results.

Functional MRI’s indicated that CBT can reduce pain signals in the brain. A very small (n=7) study found that mindful yoga reduced pain sensitization.  A new narrative proposing that FM is caused by a “software problem” which is amenable to a 7 week “reprograming intervention” was well accepted by patients. “Active coping” is more effective than “passive” coping. 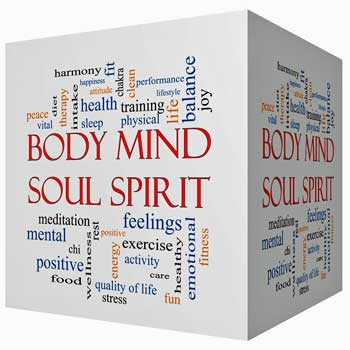 Mind/body treatment trials were common – and did help.

Learning to live with pain and accept it as a “life condition” is helpful. Reducing catastrophizing with CBT resulted in reduced connections between two parts of the brain involved in producing pain. Mindfulness based stress reduction (MBSR) improved symptoms but had no effect on autonomic nervous system problems. Hypnotic suggestion altered the activity of different brain regions in fibromyalgia patients vs healthy controls.

An NIH funded eight- week study of CBT and neuromuscular exercise program targeting gait, posture and movement dynamics found that the 60% of patients who made it through the course improved their gait and hip strength etc. (No assessments of symptom reductions or activity levels were made).

Tai Ji Quan resulted in pretty much across the board symptom improvement. A small Ai Chi trial finds improvements in most symptoms measured.  Resistance exercise improves fatigue in FM.

Lyrica did not improve the pain scores in adolescents with fibromyalgia but did improve some secondary measures.  Lyrica improved pain scores in FM patients with arthritis.  Very little high quality evidence suggested that quetiapine may be useful in the short-term for FM. Electroconvulsive therapy for depression may help.

Bright light treatments improved functioning and pain sensitivity. Balneotherapy may be helpful in both the short and long term in FM.  Both gluten-free and hypocaloric diets helped with symptoms.  Extra-virgin olive oil works better than refined olive in reducing oxidative stress in FM.

Three symptom/functional clusters can be found. Trigger points in the feet of FM patient contribute to their pain. Fibromyalgia is present and makes things worse in about 20% of people with psoriatric arthritis. Fibromyalgia greatly affects one’s ability to work. Psychogenic seizures are more common in FM than in healthy controls. Axial spondyloarthropathy may be more prevalent in FM than expected.

One study may have found a cause of the small nerve fiber neuropathy found in FM, and another documented it in the retina’s of FM patients. Increased activities of two enzymes involved in purine metabolism suggested problems in metabolism may be present (but failed as diagnostic biomarkers).

Four brain imaging studies found a) problems with opioid pathways b) that reduced connectivity between different brain regions is associated with increased pain, and c) that brain blood flows are altered in all phases of the pain response, and d) a possible neurophysiological brain signature.

Vit D levels are low in FM but don’t seem to affect symptoms, nor does neuron-specific enolase (NSE) play a role in FM.

Finally, a most interesting study linked glial cell activity to pain by showing that FM patients with a gene variant that increases activation of the glial cells in the brain tended to be in more pain and have more symptoms overall. Plus, people with both the glial cell and a serotonin transporter gene variant were extremely likely to suffer from more pain.

The answer to the question whether FM has been captured by a mind/body/behavioral paradigm is, thankfully no. Some really interesting biological studies are going on. It’s clear, though, that much more time and money is being spent on behavioral aspects of FM than on trying to understand it biologically.

There’s nothing inherently wrong with a mind/body approach to FM. The central nervous system link between pain and emotions, and the autonomic nervous system studies indicating that an overactive fight/flight response is present in fibromyalgia suggests that these approaches might be helpful. 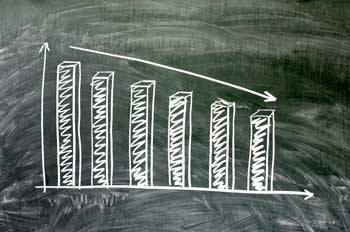 Something disturbing is going on, though, when such a high percentage of FM studies are devoted to behavioral studies and clinical trials. If a behavioral approach was curative that would be one thing, but as in chronic fatigue syndrome the effects of these approaches tend to be quite modest. The behavioral approach is not a pathway to a cure for the vast majority of people with FM.

The metabolomics, microbiome, exercise, epigenetic and other findings and several major efforts underway to understand ME/CFS at the molecular level, and the promises of a renewed commitment to ME/CFS research, have produced a spirit of hope in the ME/CFS community. It’s true that ME/CFS has more problems – no FDA approved drugs and fewer doctors – a sense of excitement is present that doesn’t appear to be present in FM.

The two diseases appear to be on different trajectories, and in some ways appear to inhabit different worlds. People with ME/CFS are looking forward to the possibility of a new era of biological breakthroughs. Private ME/CFS research foundations abound. The CDC’s ME/CFS research group is engaged in the largest single study of ME/CFS ever.  International conferences occur every year. The Institute of Medicine and Pathways to Prevention reports jump started interest in ME/CFS, and NIH Director  Francis Collins publicly pledged to reinvigorate ME/CFS research. The ME Action group has produced two international demonstrations demanding more funding.

Why? My guess is that some of it comes down to individuals.  About twenty years ago, someone or some groups of people, for instance, decided to start the IACFS/ME organization for ME/CFS professionals. The IACFS/ME has made it it’s mission to produce professional international conferences every two years in the U.S. Early in its history, the CFIDS Association of America (now SMCI) chose to make establishing connections at the federal level a priority, and hired a lobbying firm to do that.

That effort paid off when the NIH tried to instill a behavioral approach to ME/CFS around 2000 by front loading an NIH sponsored Conference with behaviorists. The CFIDS Association of America (now The Solve ME/CFS Initiative (SMCI) and others fought off that attempt and it’s never happened again. NIH funding for ME/CFS is almost entirely biological now.

Even if the SMCI wasn’t successful in increasing research funding for many years, it and others were able to uncover the CDC funding scandal, fight off the attempt to contextualize ME/CFS as a psychological disorder, lay the groundwork for the dismissal of Dr. Reeves – the CDC’s ME/CFS chief, stop an attempt to defund CFSAC, produce a special grant review body for ME/CFS and more.

Without CFSAC, for instance the IOM and P2P reports would have never been produced, and we probably wouldn’t be talking about the possibility of a new era of ME/CFS funding. Now that the ME/CFS grant review panel is actually composed of ME/CFS experts, the way is presumably open for multi-million grant awards.

One difference between the two diseases has been the consistent commitment by ME/CFS advocates to remain involved at the federal level.

The answer to the question of why FM is getting such poor funding, and has been receiving some uninspiring research may be because it’s been allowed to. Fibromyalgia is three times as common as ME/CFS yet ME/CFS receives more federal funding.  Fibromyalgia funding at the NIH has dropped 30% over the past five years without any outcry, that I can tell.

My guess is that FM patients do appreciate mind/body treatments that help but really want biological answers that will ultimately lead to treatments and cures.  Unless someone speaks out about a disease, though, the NIH will go as it does. The NIH’s default regarding diseases like ME/CFS and FM, unfortunately, is to ignore and dismiss them.  That’s a message the ME/CFS community has learned through bitter experience.

There are plenty of good reasons why FM should get much better funding than it does. Any disease, of course, that causes the kind of pain and disability found in fibromyalgia should get more than a dollar per patient a year in funding.

FM, after all, has been called the “quintessential pain disorder”. Because the pain in FM is not linked to any specific injury it must be due to a derangement of the pain producing system itself. That makes it a much “cleaner” disease to study than other chronic pain diseases such as arthritis, back pain or cancer pain. The quickest pathway to the source of the chronic pain epidemic could very well run through fibromyalgia.

Plus, study after study has shown that sooner or later a significant proportion of people with painful disorders come down with FM.  That means  that everywhere chronic pain is, fibromyalgia is, and that the burden it imposes on society is very large indeed.

The fibromyalgia community is already very large. FM prevalence is listed at about 2 ½ times of ME/CFS but the FM community on Facebook is probably ten times larger than that of chronic fatigue syndrome. It is the most common pain condition rheumatologists see.  The blockbuster drugs that have been produced for people with FM attest to the need out there, but fibromyalgia remains amongst the most poorly funded diseases of all.  That’s just not right.