Donald Trump promised to shake things up in Washington and he has. President Trump is arousing some strong emotions but it’s important to try to look at his policies objectively.  An earlier Health Rising blog suggested that Trump’s emphasis on deregulation at the FDA could have positive effects for chronic fatigue and fibromyalgia. 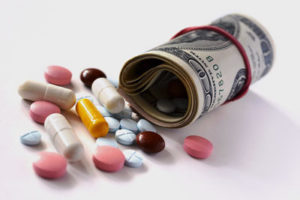 Trump’s first apparent choice to head the FDA  was an outsider who believed that the expensive phase III clinical trial phase – termed the “valley of death” – should be done away with. Instead, he believed that the FDA should focus on proving safety and let the market decide which drugs were effective. He was backed by a former FDA chief but the major pharmaceutical companies were not on board.

In the end Trump settled on Scott Gottlieb, a drug company insider who believes that an overemphasis on safety at the FDA has deprived consumers of much needed drugs (and drug companies of revenues).  Gottlieb is a more middle of the road pick who may  end up instituting changes that end up being helpful to people with chronic fatigue syndrome (ME/CFS) and fibromyalgia (FM).

The effects of Trump’s first budget proposal are more clear cut for chronic fatigue syndrome and fibromyalgia. At first glance the budget looks like a deficit reduction budget but it’s not. Instead it’s trading off major increases Trump believes are needed to improve national security for significant budget decreases just about everywhere else. Trump’s emphasis (some might say obsession) with national security and his commitment not to touch entitlements has left him little choice but to whack away at spending for much of the rest of the government.

That’s because the Defense department’s budget – at about 600 billion dollars a year –  chews up such an enormous amount of discretionary spending (about 53%). Add in Homeland Security and Veteran Affairs, the two other departments getting significant funding increases in Trump’s 2017 budget proposal, and we’re looking at almost 700 billion dollars a year. Adding just 5-10% to those departments budgets requires slashing other smaller department budgets dramatically, and that’s exactly what Trump proposes to do.

The Department of Health and Human Services, which the NIH falls under, is cut by 16% but the NIH itself is given an 18% cut.  That’s a staggering drop for an agency which was already getting 20% fewer dollars in real money compared to 2003.  From 2003 to 2014 sequestration, flat budgets and increasing research costs left deep the NIH in the red. Among other things that’s  has played out in lower and lower grant application success rates (10-15%) – not a good thing for two research communities which aren’t exactly flooding the NIH with applications. 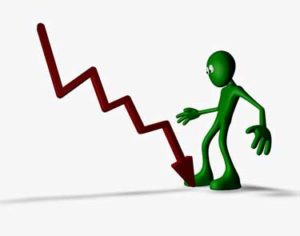 In 2016 President Obama reversed the trend with a $2 billion increase last year but Trumps budget proposal would cut almost $6 billion from the NIH – leaving world’s biggest medical research effort spending about what it was 17 years ago.

Researchers aghast at the proposed cuts are, of course,  beginning to speak out.

Reducing NIH’s funding by nearly 20% will devastate our nation’s already fragile federal research infrastructure and undercut a longstanding commitment to biomedical science that has fueled advances in cancer prevention, diagnosis and treatment,”  Daniel Hayes, MD, president of the American Society of Clinical Society

.Speaking about the rising problem of heart disease, American Heart Association President Steven Houser said “”I thought we were, all of us, interested in improving the health of all Americans. We need to give more, not less…You can save $6 billion today and spend $1 trillion down the road.”

“Congress must reject this budget and start anew with a balanced approach that protects vital health programs in HHS and at EPA (the Environmental Protection Agency),” Lung Association CEO Harold Wimmer.

Trump’s move to shift the AHRQ – the quality control valve for the NIH – will effectively kill it experts say.

Congress will, of course, holds the purse strings. The only good news for ME/CFS and FM patients hoping for more much needed funding is that Trump’s budget appears to have landed on Capitol Hill desks with something of a leaden thunk. It’s been described as dead on arrival – which doesn’t mean it won’t have an impact. Trump’s popularity among his base is high and his budget proposals will have an effect. The question is how much.

When Trump picked on the National Institutes of Health he picked on one of the few agencies that gets bipartisan support.

Just two years ago Republicans lead the charge to boost the NIH’s budget by $2 billion – it’s biggest increase in more than a decade.  Just last year Republicans and Democrats worked to pass the Faster Cures legislation which boosted the agencies bottom line once more. Recently Republican Senator Roy Blunt called for increases, not decreases in the NIH budget.

“The fiscal year 2016 funding increase cannot and should not be a one hit wonder. We should not point to that and believe we have accomplished our goal. … We do not know the scientific advances that will be made in the next 10 years, but we do know that if we keep investing in NIH, they will keep making life-saving breakthroughs.”

Another Republican Rep Yoder of Kansas suggested that the administration was bucking the trend in slashing the budget of an agency his own party had recently worked to boost.

“More than 300 members voted to boost medical research by billions in November. We cannot turn around a few short months later and slash its budget.”

Trump also has a plan to reorganize the NIH but Trump seems inclined to reduce spending on innovative projects in all branches of science.   The budget of the Advanced Research Projects Agency-Energy (ARPA-E) which has funded high-risk, high-reward projects in renewable energy and efficiency, for instance, is proposed to be cut entirely. (That will cede that huge field to the Chinese and other governments which have made, among other things developing the next breakthrough in battery technology a top priority.) Earth and oceanic science is out, space exploration is in. Climate science, Gold Star programs and energy efficiency standards, loan programs for clean energy projects and fuel-efficient cars are all history. Think more coal and oil – less solar and wind power and less government investment in breakthrough research in general.

Trump’s approach overall seems antithetical to that of Francis Collins who has been effective at delivering high risk/high gain initiatives which will require breakthroughs in technology to succeed. For the moment Collins – an important asset for ME/CFS – is still leading the NIH.

It’s hard to imagine two diseases already struggling for funding faring well under Trump’s cuts and easy to imagine them faring worse than other diseases.  It took over a year to convince 15 or so Institutes to band together to increase ME/CFS’s budget by a mere $6 million/year.   As for fibromyalgia, it’s funding has decreased thirty percent over the past few years. It’s clearly very, very low on the NIH’s totem pole.

In her superb blog “The Cut” Jennie Spotila noted that the ME/CFS research center RFA’s  explicitly states, “Future year amounts will depend on annual appropriations.” So it is possible that future years of funding could be cut or eliminated.

The increased funding the NIH has enjoyed recently has directly benefitted us. Francis Collins said he was depending on increased NIH funding to pay for a boost in ME/CFS research. He got the funding and we got the boost. Yes, the NIH got a ton of money and we didn’t get that much but that increased funding will pay for three research centers we didn’t have before and double our funding. 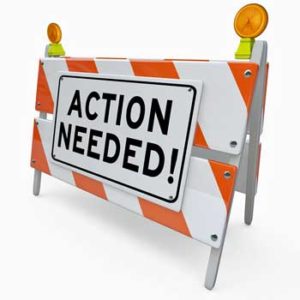 Tell your congressmen and women not to cut NIH funding

After 20 years of declining funding we got a one year reprieve. It’s ironic, tragic, unbelievable – pick the term you want – that the NIH budget is potentially getting whacked  just as ME/CFS was finally getting off the ground. I, for one, don’t want to live through another multi-year drought in ME/CFS funding.  I want to build our funding not watch it decrease.

We have to face the fact that we probably have a long term problem,  that President Trump is probably going to hammer at the NIH’s budget for the next four years. The way to blunt that is to put aside party affiliations and push back against President Trump’s proposed cuts so strongly that he gives up trying to cut the NIH budget. This is not a partisan issue; it’s an ME/CFS and FM issue.

Because the Democrats will be utterly opposed to the budget (and won’t have a say in it anyway) saving the NIH will fall on the shoulders of the Republicans. Contacting Republican congressmen or women will make the most difference.

“The only hope for the NIH and medical researchers across the country is if for Republicans like Blunt to oppose Trump and put country above ideology. I hope that these guys have enough gumption to stand up and say no” John DiPersio

Trump’s budget was a first draft. The time to go to work is now – before the full budget is delivered in May. If you’re concerned about the future of FM and ME/CFS research and particularly if you have a Republican for a congressperson please ask them to support more money for the NIH not less.

I am writing to express my alarm over the massive reduction in funding provided to the NIH under President Trump’s budget. As someone with a long term illness which has few treatment options I want to insure you that NIH funding is a core issue for me.

After years of neglecting the NIH, Congress acted in a bipartisan manner when it increased the NIH budget by $2 billion and then when it passed the Faster Cures legislation last year. Much more is needed, however, for the NIH to continue to produce the breakthroughs needed to help me and the millions of other Americans battling chronic illnesses.

President Trump’s budget is terribly short-sighted in its attempt to reduce NIH funding to levels not seen for almost 20 years. I request that you work hard to ensure that funding for the NIH is not just kept at its current levels but that it significantly increases over time. Thanks for your time.