Passionate Pragmatist: Carol Head and the Fight for ME/CFS Equality: The SMCI Pt. I

As we head for International ME/CFS Awareness Day and the biggest advocacy effort that I’ve ever seen, it’s a good time to look at The Solve ME/CFS Initiative (formerly the CFIDS Association of America) – the oldest and most prominent chronic fatigue syndrome (ME/CFS) organization. For years the only ME/CFS organization with a professional staff, the SMCI has engaged in more research, advocacy and patient outreach than any other.

Carol Head came to the SMCI at an interesting time. Under Suzanne Vernon it’d been transformed into a “research first” organization which developed one of the first  Biobanks and engaged in innovative research that brought a number of new researchers to the field. Still, the organization’s collaboration with the CDC, its stance on XMRV (though correct in the long run) and some other issues had caused it to lose some support in the patient community. 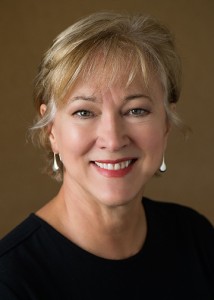 Carol came to the SMCI with a strong background in both advocacy and business. Formerly the CEO and owner of Oliver’s Artisan’s breads for ten years, she held senior sales and marketing positions in several firms including eight years with the Los Angeles Times and two years with Los Angeles Olympic Committee in the eighties.

Head did not have a research background, but making a difference, particularly in the area of women’s rights, has been a key theme. Over the last 25 years, she’s been a Board Member for four different women’s organizations, one of which she helped found, including the Women’s eNews which covers women’s issues, the Los Angeles Women’s Foundation which empowers women in S. California, and Women Thrive Worldwide which advocates for women in poverty world-wide.  Carol was also a founding Board-Chair of Project Redwood that provides venture capital funds for social entrepreneurs in the developing world.

In 2013 she left the online firm Yarnmarket to become CEO of the Solve ME/CFS Initiative (SMCI). In 2017 O, Oprah’s magazine, recognized her as one of 14 “health heroes”.  I asked Carol how in the world she got to be a health hero for Oprah. We’re not, after all, used to being on the national stage. I was surprised to see someone representing chronic fatigue syndrome (ME/CFS) on Oprah. I was, quite frankly, surprised that someone from the ME/CFS field had even gotten considered.

She wasn’t sure how she’d gotten on Oprah’s radar.  She said she’d gotten a phone call several weeks earlier about health hero’s that ended up lasting for an hour and a half. While she was delighted with the chance to get chronic fatigue syndrome out to a really large audience, she said she wasn’t happy with the article at all. When she communicated that they invited her to submit her own story.

Carol has been well for 25 years, but the memories of her time with ME/CFS were still fresh. She’d just graduated from graduate school when she, like so many others, got a flu that never lifted. It was years before Carol recovered – years during which she was able to experience the full weight of the medical community’s rejection.

As she talked, it was clear that it wasn’t just the debilitation, although at one point it was extreme (taking a shower was all she could muster for the day) or even the pain that she experienced, that really got to her. It was the rejection by the medical community.

Many men and women with ME/CFS, of course, experience medical rejection, but for women, particularly professional women with careers like Carol, there’s probably an extra bite to it. To have worked that hard and then not to be believed when you’re really hurting; that clearly cut deep for Carol.

In her Fall 2016 President’s letter Carol referred to  not just the pain of the disease or the diminished lives it brings but “the barely veiled disdain from those who question whether we are really sick”.

It was as if she felt that a fundamental right – the right to be believed and taken seriously – had been squashed.  I got the idea that ME/CFS is more than a medical problem for her; it’s also, given how she and others have been treated, a women’s issue.  When she saw the job opening at the SMCI she said she had to have it.

When she got the job she went about putting her stamp on it. The organization has almost completely changed over in three years. She said she looked for smart, sensible and committed people. On the research side she treasured inquisitiveness – a good trait to have in a disease with so many unanswered questions.

For the Board of Directors she looked for no-nonsense people with the disease or who had family members with the disease. She seemed like a pragmatic idealist; i.e. she aimed big but wanted people around her with a sense of passion but who also knew how to get things done. 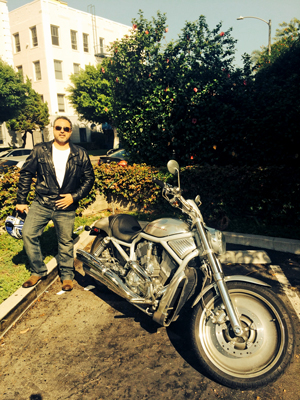 Not your ordinary research director.

Carol emphasized that while the SMCI’s mission “To make ME/CFS understood, diagnosable, and treatable” remains the same, much else has changed. The research department is led by Zaher Nahle, a charismatic figure with a Ph.D. in physiology who then went to the John F. Kennedy School of Government to learn how to achieve the impossible.

The research department appears to be a bit nimbler than before. Instead of funding larger grants every three years, it’s funding smaller seed grants with shorter turn-around times. The SMCI’s quick response enabled it to fund several grants last year focused on a timely issue: the energy-immune interface.  Plus, for the first time in memory, the organization is funding its own in-house research.

Carol, thankfully, has the ear of some senior officials at the Department of Health and Human Services (DHHS). She echoed others who’ve been in direct contact with Director Francis Collins with her belief that he did take the findings of the Institute of Medicine (IOM) report to heart and that his concern for the disease is real.  (Collins recently used his bully pulpit at the NIH to pen a blog to NIH employees emphasizing the NIH’s new-found commitment to ME/CFS research.)

She believes that Dr. Walter Koroshetz, the Director of the National Institute of Neurological Disorders and Stroke (NINDS), is on board as well. Citing the NIH’s brutal bureaucracy and tough internal politics, she noted that he didn’t have to take ME/CFS on, and that doing so didn’t win him any points with his peers.

Vicky Whittemore, the NINDS officer leading the charge, she believes, is the best thing to happen to ME/CFS in a long time at the NIH.  Carol’s pragmatism came through when she emphasized that you have to have someone at the table speaking to power to really make a difference. Vicky is that person for us; her ability, Carol thinks, to speak powerfully about this disease has been crucial.

One of my deeply held personal values is that ALL people must be treated  respectfully…I have found that respectful, highly knowledgeable, forceful advocacy language that expresses the desperate needs of our community is the most effective. But please do not mistake my professional, respectful demeanor as anything less than a cover for my righteous indignation and outrage at the inhumanity of our community’s treatment” Carol Head

Carol didn’t appear to start out with an overt advocacy focus, but that’s changed dramatically. Advocacy is now a major, major focus for the SMCI.

It’s a timely decision. We’ve never, after all, had a confluence of events like this.  As several NIH funded reports (Institute of Medicine, Pathways to Prevention) called for more funding and advocacy efforts ramped up, (SMCI, ME Action, USAWG), a bevy of significant leaders at the federal level (NIH Director Francis Collins, NINDS director Dr. Koroshetz and  program leader Vicky Whittemore) began openly supporting us.

It clearly wasn’t easy, but over a year our funding almost doubled – an unusual step for any disease. That was obviously just a start but it’s the first real start, the first sign of any energy at the NIH for ME/CFS in about 20 years. That’s something to grasp onto tightly and build on. 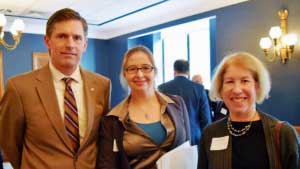 Emily (center) – A welcome addition to the ME/CFS field

Carol could have stayed focused purely on the SMCI, but she’s done what real leaders do: she acted to support the needs of not just the SMCI but the ME/CFS field itself

She did that by hiring what appears to be the first full-time advocate for ME/CFS ever. Emily Taylor is another passionate pragmatist driven by her own experience of chronic fatigue syndrome (ME/CFS).  (An interview is coming up with her next.) Her first really big action -which Carol called a “milestone” in this field – coming up shortly.

The goal is to make a lot of noise because, as Carol said,  “noisy issues get attention and funding” but this is a different kind of noise than we’ve been used to. It’s a noise that’s designed to get louder and louder over time.

We’re going to see in the interview with Emily that the SMCI and ME Action are creating a carefully coordinated approach with a future. The major actions they and we will be taking over the next two weeks are being built on past actions and will lay the foundation for future actions this year and the next – and that makes all the difference. We have a plan; that’s what happens when you have a professional take the lead, and for that we can thank Carol.

Coming Up Next: A Professional Advocate at Work for ME/CFS – the SMCI’s Emily Taylor