Seeking to curb their misuse, the FDA has come down hard on opioid painkillers, restricting their use, and making it more difficult for some people in chronic pain to gain access to them. Some fibromyalgia patients and their doctors have, not surprisingly, rebelled at the thought of a major source of pain relief disappearing.

Darnall also personally knows of what she writes. Her wrenching, unexplained stomach pain had occurred for as long as she could remember. Despite being a competitive athlete and socially engaged, Beth periodically had to retreat to a quiet room to recover from the stabbing stomach pains that came and went without rhyme or reason. 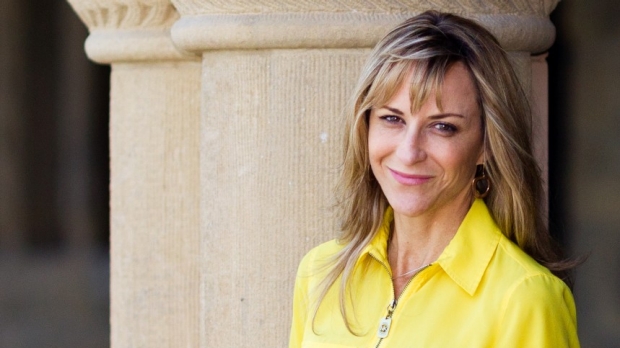 Beth Darnall PhD believes most pain patients are missing out on non-drug ways to reduce their pain.

Her boyfriend’s death while she was away at college brought her stomach pain to a new level, and for the first time, she sought help – at an emergency room where she was given Vicodin. The drug reduced her pain and brought her a “soothing numbness” she found helpful. Aided by her doctor, she began taking more of the drug but after about 8 months dropped it, citing how spacey and passive she was becoming. (She now believes the excruciating stomach pains were the result of irritable bowel syndrome and stress.)

That was over 20 years ago, but Darnall’s long bout with mysterious pain made a mark. Her practice now involves helping people in chronic pain to reduce their pain while getting off or reducing their medications. Her book “Less Pain, Fewer Pills: Avoid the Dangers of Prescription Opioids and Gain Control Over Chronic Pain” is devoted to just that.

First Darnall describes “The Problem” – poor pain education and treatments that have led to an over-emphasis on opioid pain drugs, increased pain overall, and a societal problem with opioid drug abuse. Darnall isn’t a blanket opioid detractor – she says opioid drugs can be one part of a patient’s pain care program- but her emphasis in the first part of this book consists of highlighting the dangers and costs of over-prescribing opioids.

Opioid painkillers like Vicodin, Norco, etc. certainly have an important role in treating short-term pain but there’s no denying that they’re over-prescribed in the U.S. Darnall notes that the U.S. consumes 80 percent of the entire world’s supply of opioids. In 2010 enough opioid prescriptions were sold to supply every adult in the U.S. with hydrocodone for a month. Opioid prescriptions and deaths from overdoses increased so much that the FDA has created much stricter guidelines regarding prescription use.

How did this happen?  Darnall gives physicians something of a break in their role in creating the “opioid epidemic” currently sweeping the U.S. How can they effectively treat something, she asks, they’ve never been trained in? 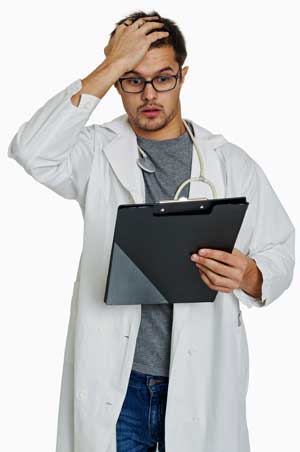 Most doctors have little or no training in treating pain

When doctors do learn about treating pain they often learn about how to prescribe, police and monitor the use of opioid drugs in order to catch addicts or protect themselves legally. Few have any idea of how to manage or treat pain without the use of opioid drugs. Many prescribe opioid drugs for types of pain they’re not suited for. It’s clear that medical schools have failed both doctors and patients with regard to pain care.

The early short-term studies failed to uncover the problematic effects of long-term use. Excluding people with anxiety or depression – common outcomes of being in chronic pain – from opioid drug studies further negated their usefulness. Remarkably, given the number of Americans using opioids for long periods, it was only in 2013 that the FDA started requiring longer-term studies on some opioid drugs (extended-release).

Opioid drugs work best during the so-called “honeymoon” period in the first 6-8 weeks they’re used. After that tolerance – which requires higher doses to be used to get the same result – begins to loom. Besides tolerance a variety of side effects that  have largely been discounted by the drug companies can result. Darnall asserts that few patients are made aware of the possible ramifications of longer term opioid use, or that the best opioids generally do is reduce pain by 25%.

Darnall actually states that tolerance – needing more drugs to get the same amount of pain relief –   is inevitable if opioids are used long term. (“Tolerance is a natural, inevitable physiological consequence that every patient experiences). She also states that “for the average person taking opioids long term, the opioids become less effective over time.”

If you’re a woman, long term opioid use may lead to infertility/loss of the menstrual cycle (while on the drug), reduced hormone levels (low testosterone, estradiol, DHEA, lutenizing and follicular stimulating hormones), sleep problems, depression, reduced libido, inflammation and increased pain and a modest increased risk of some birth defects.

A particularly difficult situation – which Darnall says she sees frequently –  occurs when opioid drugs cause problems like anxiety and poor sleep which then lead to more drug use, leaving pain patients awash in what Darnall calls a “pharmaceutical soup”.

Take Tim’s case. After Tim laid his motorcycle down while going 60 mph he required three back surgeries. Given his injuries and his long recovery period he needed significant pain relief and he got it. Eighteen months later, though, still on high doses of opioids, he was irritable, depressed, suicidal and in pain. Testing revealed low testosterone levels.  A slow taper of the opioids, increasing his testosterone levels and the use of Darnall’s “personal empowerment plan” (described in the second half of the book) left him able to finally sleep, alleviated his depression, and increased his functionality. He still has pain but is now completely off opioids.

Tramadol, a less addictive and potent opioid than drugs like morphine, fentanyl and Vicodin, is probably the most commonly opioid drug used in fibromyalgia. A study (see below) bears out the fact that Tramadol, which is similar to codeine, has fewer side-effects than other opioids. Drugs.com reports, though, that while Tramadol is “well tolerated” with regards to pain it, like other opioid drugs, can also cause common and serious side-effects. 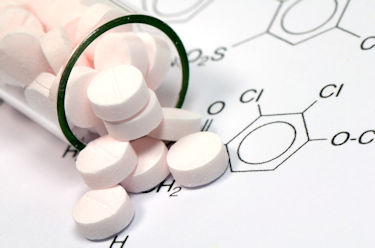 A large (n=1700), long-term (year-long) fibromyalgia study suggested, that opioid painkillers may not be the best choice for FM patients. The study, which compared FM patients taking stronger opioid painkillers with those taking tramadol or no opioids or tramadol found that all groups reduced their pain levels over the year but that those not taking opioids made the most progress. Significantly, greater improvements in pain, functioning, depression, insomnia and disability were seen in either the tramadol or the no-drug group. The study concluded that “Overall, the findings show little support for the long-term use of opioid medications in patients with fibromyalgia given the poorer outcomes across multiple assessment domains associated with this cohort.”

Another study found that about 2/3rds of FM patients reported that opioids were “very effective” at reducing their pain but that those taking opioids for longer periods were more likely to be in more pain. FM patients were also less likely to discontinue opioids than other patients because of improvements in pain and more likely to report adverse experiences. Another earlier review acknowledged that opioid painkillers are commonly used in FM but “found no evidence from clinical trials that opioids are effective for the treatment of FM”.

Another study, citing the effects of opioids on cognition, found that “motivational interviewing” reduced pain severity, increased physical functioning and light to moderate physical activity in FM patients not taking opioids but not in those taking opioids.

Darnall reported on the experience of a fibromyalgia patient named Joan. The opioids Joan was prescribed for fibromyalgia and low back pain helped at first, but over time she required higher and higher doses to get the same effect.  By the time she got to Darnall’s office she was taking two opioids around the clock and suffering from numerous side effects including memory problems, severe fatigue and pain, and difficulty standing and walking. Not surprisingly, she was also depressed – for which she was given another prescription.

A very slow (5 month) opioid taper that got her off opioids eliminated her depression, gave her her brain back (she said opioids robbed her of her memory and her sharp thinking), improved her sleep, and surprise of surprises, reduced her pain levels.

In Chapter 4, Darnall lists a variety of unexpected opioid pitfalls that less wary opioid users can fall into. They include trading pain relief for a loss of functionality, overlooking opioids as the cause of new symptoms such as anxiety, depression, and poor sleep, using opioids to manage anxiety, using opioids to treat the wrong kinds of pain (such as neuropathic pain), and worsened pain over time and others.

Darnall effectively communicates the potential downsides of using opioids to treat chronic pain in the first half of her short book. The meat of the book, though, lies in the second half titled “Your Solution is to Gain Control”.

Darnall doesn’t promise an end to chronic pain (she acknowledges that some pain cannot be fixed) but does promise to provide a way to manage pain which will relieve suffering, reduce one’s dependence on drugs and increase one’s functionality. How she proposes to do that is up next.