“For now, they (the new drugs) look fantastic. They shake the ground under our feet. They will change the way we treat migraine.” Dr. Stewart J. Tepper, a professor of neurology at Dartmouth College

In many ways, migraine is in the same basket as fibromyalgia (FM) and chronic fatigue syndrome (ME/CFS).  The disease is common, mostly strikes women, is invisible, causes massive amounts of suffering and gets little support at the NIH. In fact, migraine, with its 2-3 million severe sufferers and 30 million plus occasional sufferers, gets considerably less funding per patient per year (from $1-10) than ME/CFS. This is despite the fact that migraine is considered one of the top ten causes of disability in the world. 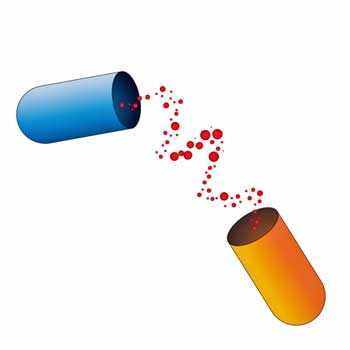 Migraine, fibromyalgia, ME/CFS, interstitial cystitis, IBS, and vulvodynia are some of the mostly women-dominated pain and fatigue causing diseases which cause massive suffering and are virtually ignored by the NIH. The results of a survey of migraine patients by the nonprofit Institute for Clinical and Economic Review could have just as easily been referring to ME/CFS or FM patients. It reported that migraine sufferers, “frequently reported feeling frustrated, depressed, defeated, isolated, or a burden to society”. Some patients expressed suicidal thoughts and many complained of “not being take seriously”.

Patients had typically “tried extensive lists of preventive and acute treatments (including drug and non-drug therapies and lifestyle changes).” When treatments did work, they either tended to stop working or the side effects were too much.

Migraine, which is notoriously hard to treat, was long thought to be psychological and has a long history of discrimination at the doctor’s office.  Finding doctors willing or knowledgeable enough to treat it is difficult. Decades after being shown to be a physiological illness, migraine is still so misunderstood that two years ago the New York Times ran an article titled, “Women’s Emotions Do Not Cause Their Migraines“.

Yet migraine has had a real breakthrough in treatment. The FDA just approved the first drug, a monthly injectable called erenaumab, designed specifically for migraine, and several more of its ilk will probably be approved over the next few years.

How did the big disease with little funding make good? Migraine researchers may not be getting much money or respect, but decades ago they uncovered a specific pathway involving a peptide (a peptide is a short string of amino acids – smaller than a protein) called CGRP (calcitonin gene-related peptide) that seemed to play a role.

CGRP is a potent vasodilator which enhances pain signal transmission and affects blood vessel functioning. In migraine, sensory neurons in the trigeminal system release CGRP. The trigeminal nerve – the largest and most complex nerve in the head – regulates sensations to the head, neck, sinuses and jaw and controls chewing. Any activation of the neurons in this trigeminal vascular system – which originates in the brain stem –  can cause CGRP release, vasodilation (blood vessel swelling) and mast cell degranulation (inflammation).

It’s this overactivation of the trigeminal vascular system that causes migraine sufferers to retreat to dark places with low stimuli during migraine attacks.

The new drug is not a panacea. It won’t help everyone.  The studies done to date in about 3,000 patients suggest it will reduce migraine attacks by more than 50% in about 50% of migraine sufferers. A third of chronic migraine sufferers will see reductions in migraine of about 75%. One good note – in contrast to current migraine drugs which most migraine sufferers discontinue within a year, side effects are minimal.

By the end of next year, migraine sufferers could quickly go from having no migraine-specific drugs to being awash in them. The drug just approved should be available as early as next week. Decisions on Eli Lilly’s galcanezumab and Teva’s fremanezumab are expected by the end of this year. Allergen (ubrogepant) and Biohaven (rimegepant) are expected to file for FDA approval next year. It’s possible that by the end of next year, five new drugs specifically designed to treat migraine may be on the market.

*Since this article was written three CGRP antagonists (erenaumab: (Aimovig) ; galcanezumab: Emgality; fremanezumab (Ajovy)) were approved in 2018 and two more (Allergen – ubrogepant; Biohaven – rimegepant) are expected to be submitted for FDA approval soon.

Why is migraine treatment moving forward so quickly? For one, migraine advocates made diagnostic clarity a chief goal in their search for treatments – something that has not happened in ME/CFS. That diagnostic clarity gives drugs companies a clear patient group to target. For another, a clear biological pathway was established which made so much sense that when one version of a CGRP antagonist bombed, drug companies simply readjusted and took another tack.

Similar patterns of gray and white matter abnormalities and altered brain energetics in GWI, CFS, FM, and migraine suggest that common central mechanisms may contribute to the type of headaches and cognitive impairments perceived as ‘brain fog’. Baraniuk

Migraine, ME/CFS and FM may be more alike than we tend to think. Migraines are believed to be greatly underdiagnosed in ME/CFS and in the population at large. In one study, migraines were present in 64% of Gulf War Illness (GWI) and in an astonishing 82% of ME/CFS patients vs. 13% of the healthy controls. Over half of the ME/CFS participants (56%) also meet the criteria for fibromyalgia.

A large study (n=1700) found that no less than 56% of fibromyalgia patients met the criteria for migraine. The “penalty” for having both fibromyalgia and migraine was steep. Women with FM and migraines had significantly higher chances of also having been diagnosed with hypertension (p<.004), asthma (p<.01), irritable bowel syndrome (p<.02), depression (p<.0002), anxiety ( p<.001), PTSD (p<.005) and finally (and most of all) chronic fatigue syndrome (p<.0001).

In migraine, ME/CFS and FM, exertion and exposure to stimuli often must be curtailed dramatically. Whether in the midst of an ME/CFS crash, fibro flare or migraine attack, hypersensitivity to lights, sounds and odors is common. Plus, the fatigue and cognitive problems often found in the days after a migraine look very much like ME/CFS/FM. Migraine and ME/CFS symptoms are often substantially reduced during pregnancy. Brain blood flow problems appear to play a role in both migraine and chronic fatigue syndrome.

Baraniuk and Rayhan proposed a similar model to migraine may be happening in ME/CFS. They noted that the cortical spreading depression (CSD) found in migraine typically leaves in its wake a hypoxic environment (low blood oxygen levels) and an emphasis, not surprisingly, on anaerobic metabolism with a corresponding increase in lactate levels. CSD is usually a time-limited event, but Baraniuk and Rayhan propose that it’s become chronic in ME/CFS and contributes to the anxiety, fear, fatigue, pain, allodynia and cognitive problems in ME/CFS and similar disorders.

Is Chronic Fatigue Syndrome (ME/CFS) A Form of Migraine?

Whether a CGRP connection is present in FM and ME/CFS is unclear.  Despite CGRP’s strong links to pain and stimuli sensitivity, only one study – in 1998 – has assessed CGRP levels in fibromyalgia. (That study found CGRP in FM patients’ cerebral spinal fluid.) CGRP levels in ME/CFS have not been assessed, but Donald Staines of Griffiths University has long championed the idea that vasoactive (blood vessel-affecting) neuropeptides such as CGRP may play a role in ME/CFS.  The blood vessels CGRP affects occur all over the body.

Besides migraine, increased levels of CGRP have been found in temporomandibular joint disorder, cardiac failure, hypertension, and, interestingly enough, sepsis.

In Baraniuk’s 2011 study, only forty percent of migraine sufferers had been diagnosed, and only a third were being treated with drugs. That thirteen out of the fourteen ME/CFS patients with migraines reportedly were responding well to sumatriptan (Imitrex) suggested that many people with ME/CFS may be missing out on a valuable treatment option.

Given the similar central nervous system processes Baraniuk and Rayhan believe are behind ME/CFS, migraine, GWI and FM, they proposed anti-migraine drugs could be helpful in ME/CFS/FM patients who do not experience migraines.

The new drugs coming on the market are biologics which are probably going to very expensive (~$7,000/year).  It’s not clear what will happen with insurance companies, but they may require that recipients have tried other migraine drugs first before they will pay for these new drugs.

Could you be experiencing migraine without knowing it? With powerful new drugs for migraine that possibly could affect ME/CFS/FM coming on the market, now might be a good time to find out.

We clearly need more research into the intersections between migraine, ME/CFS, FM and other diseases. If CGRP levels are increased in ME/CFS and FM, clinical trials of the new migraine drugs would obviously be a possibility.

Whether the new migraine drugs apply to ME/CFS and FM or not, the migraine drug saga indicates that even in a disease with low funding (migraine = $21 million/year – NIH), if a clear pathophysiological pathway is found, treatments can follow.

We often look at the decades of seemingly fruitless work done on multiple sclerosis with despair. How will ME/CFS and FM make out, when MS, with all its money, has made so little progress?  But that comparison is faulty. Migraine, a sensitivity disorder often found in ME/CFS and FM patients is a much closer match to ME/CFS than multiple sclerosis is. Fibromyalgia, another common comorbidity, has three FDA-approved drugs while receiving pitiful research funding, and seemed to be on the brink of two more last year.

At the Montreal ME/CFS conference, Dr. Nancy Klimas noted that the $40 million the Department of Defense has been giving Gulf War Illness annually has resulted in 10 clinical trials currently underway. That suggests that in several diseases which have similarities to ME/CFS, even moderate levels of funding can have a significant impact.