An important voice has been silenced Dr. Lucinda Bateman

Without any warning the NIH, in a letter sent to current Chronic Fatigue Syndrome Advisory Committee (CFSAC) members, told them their services were no longer needed. The 15-year experiment that was CFSAC – a panel of ME/CFS experts brought together to advise the federal government on ME/CFS – was abruptly over.  No explanation given. See ya! Bye-bye! 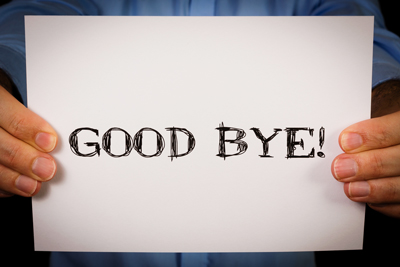 Without an explanation or warning the DHHS abruptly terminated CFSAC: the federal advisory committee for ME/CFS.

The Chair of the Committee, Faith Newton, told Jennie Spotila that the notice came out of the blue: “I had no idea that this [charter expiration] was even a possibility or under consideration.”  Unbeknownst to the members and the ME/CFS community, the destruction of the panel had been in the works for months.

So much for supporting this still oh-so-neglected disease.  We’re here for you they said…until they weren’t and with a brush of a pen and nary a good-bye, our federal advisory committee was suddenly gone. It was almost as if it had never existed.

After Jennie Spotila demanded an explanation, Jill Wasserman of the Office of Women’s Health gave us the good news: through its work over the past fifteen years, CFSAC had accomplished its purpose!  (Who knew?) CFSAC was created in order to give ME/CFS a lift-up across the federal government. Wasserman informed us that the feds have so welcomed ME/CFS into the fold that they simply don’t need any more advice from a panel of ME/CFS experts. (If only we had known!) 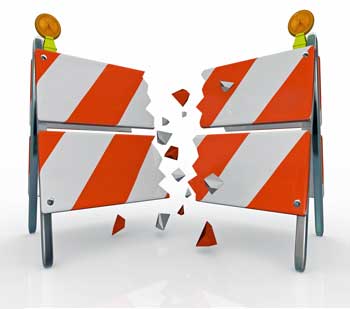 According to the DHHS, the fight for equality is over – ME/CFS has been fully embraced by the feds…(Who knew???)

According to Wasserman, everything is fine; in fact it’s better than fine; she asserted that the panel had done such good work that it’s now irrelevant; it’s now simply duplicating the work of others. Those ME/CFS experts who were working so hard – they can pull up their easy chairs and take a break.

Who knew? The committee members certainly didn’t. They were busily working on what they believed were vital initiatives. Dr. Cindy Bateman told Jennie Spotila that the Medical Education Working Group was working on International Classification of Diseases coding, physician education and suicide. The active Clinical Trials and Treatment Working Group. lead by Dr. Amrit Shahzad, was working with pharmaceutical groups to explore paths to ME/CFS treatments. He felt that “tangible progress” had been made.

Mary Dimmock certainly didn’t get it.  Mary’s been advocating for years for a strategic plan that demonstrates a government-wide commitment to people with ME/CFS. Jennie Spotila reported that Mary was, not surprisingly, apoplectic at the loss of the one group that was specifically designed to bring the different parts of the federal government together, assess their effectiveness and make recommendations.

I’m beyond livid with the whole stinking mess. The sudden dissolution of CFSAC is symbolic of the insufficient commitment, leadership, and sense of urgency needed to rapidly advance the field and relieve the suffering of more than a million Americans.

No CFSAC –  No ME/CFS Research Centers

Much of CFSAC’s work goes on behind the scenes, and while a lot of it goes unnoticed, it does make a difference – sometimes a dramatic difference. Take the ME/CFS Research Centers and the big intramural study we’re placing so many of our hopes on.

A good case can be made that without CFSAC we would have no Research Centers, no comprehensive intramural NIH study, no support from NIH Director Francis Collins or NINDS Director Koroshetz and ultimately no reinvigoration of ME/CFS research. Why? 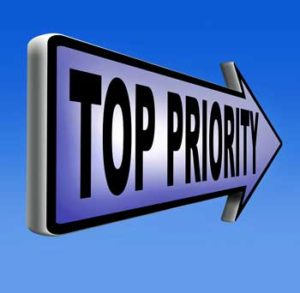 CFSAC prioritized its recommendations and the DHHS acted…

Because all that may have ultimately been sparked by a bright idea  someone on CFSAC had. Their idea to prioritize CFSAC recommendations in a list to give them more prominence actually worked. The list caught the eye of the NIH liaison who successfully presented the argument to the powers that be that the DHHS had to do SOMETHING. So they agreed to knock off the top item on the list.

That item was an Institute of Medicine (IOM) report tasked to examine the evidence base for ME/CFS.  Remarkably, every federal agency important to us (the DHHS, the NIH, the Agency for Healthcare Research and Quality, the CDC, FDA and even the Social Security Administration) signed on to fund that report.

The report took a year, but by the time it was done we had a report from one of the most respected medical investigatory groups in the world stating that ME/CFS was real, was a serious disease and needed more support. That was just what the doctor ordered for this disease.

Reports like that are vitally important because the NIH rarely seems to spontaneously do anything. Generally, they first convene a group (which meets for an agonizingly long period of time) and then issues a report which is used as a basis for moving forward.

More than anything else, the IOM report laid the groundwork for Collins, Koroshetz and the Working Group to fund the three research centers, the intramural NIH study and other activities that have happened since then. The key was that someone, somewhere in the line of authority stepped forward, made a suggestion, got listened to and ultimately got that suggestion funded.

The Ability to Influence

The research centers aren’t the only CFSAC accomplishment. CFSAC is the only group to which all the government agencies must report. CFSAC members played a key role in the continuing overhaul of the CDC’s website.  Citing Dr. Bill Reeves’ lack of collaboration, CFSAC members unanimously called for new leadership at the CDC. Reeves survived for a time, but then with the advent of the Obama administration, that controversial leader was gone. It’s hard to imagine that a federal advisory panel’s recommendation didn’t carry some weight in that decision.

Dr. Unger’s leadership constituted a sea change at the CDC. Dr. Reeves had begun emphasizing psychological research in his last years and had even envisioned the first ever CDC-sponsored CBT trial.  Dr. Unger put a stop to that and immediately took a learning tour of ME/CFS experts’ clinics – something inconceivable under Dr. Reeves’ reign. Then she funded the multi-year ME/CFS experts multisite project – just now finishing up – which may transform how ME/CFS is understood and treated.  (Who ever thought the CDC would embrace the work of ME/CFS expert clinicians?) 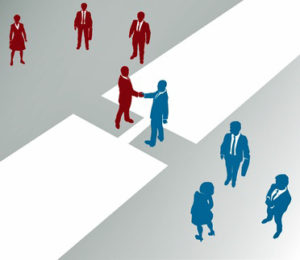 CFSAC provided a bridge between the ME/CFS community and the feds.

Contrary to the DHHS’s assertions, ME/CFS is still in very fragile territory. The CDC could ensure that the ME/CFS program is funded but they keep letting it get zeroed out by Congress, relying on advocates to get it re-established at the last minute. That’s impeded the program’s work and is not exactly a sign of support. We barely got three small research centers funded, ME/CFS is still not ensconced in an Institute, drug trials are an anomaly, individual grant applications are in the pits, even the the disease’s diagnostic codes are problematic.  Our funding is dependent on a group of Institutes, many of which wouldn’t lay a dollar on the table to fund the research centers.  We’re still obviously treading water.

With CFSAC we had an “in” that helped produce the IOM report, support changes in the CDC website, remove Dr. Reeves and numerous other things. We don’t have that particular “in” anymore.

So where is our “in” now that the DHHS has abruptly terminated our advisory group? Where can we go to demand our next IOM report, or, if necessary, reign in an agency? Who can we go to?

As of now, the Trans-NIH Working Group appears to be it. The Working Group is composed of representatives from the Institutes, most of whom have little stake in ME/CFS’s success. That group hardly lifted a finger as the three funded ME/CFS research centers closed in the early 2000’s and funding dramatically declined over almost 20 years. (This during a time when the overall NIH budget more than doubled.)

It was not until the IOM and Pathways to Prevention reports were published that we started to turn things around.  The latest iteration of the Working Group has been more helpful, but it’s shown that it doesn’t have the kind of stake in this disease that we need to really move forward.

When it came time to put dollars on the table, about half the members – some representing Institutes with budgets in the hundreds of millions of dollars – failed to provide a dime. Despite NIH Director Francis Collins’ public promise to reinvigorate ME/CFS research – something one might have thought would have swayed the Institutes – it took Vicky Whittemore more than a year to gather enough funding for three small research centers, and even then Francis Collins’ office had to step in to fill the balance. Except for the NIAID and the NINDS, the Institutes mostly have continued their decades long neglect of ME/CFS.

The Working Group simply can’t be counted on yet to produce the next big thing for ME/CFS. Only ME/CFS experts who report directly to DHHS leadership can truly represent this community’s needs.

It’s impossible to know how many opportunities we will miss out on without an official advisory committee, but I can think of a pretty good one right off the bat. The IOM report called for regular updates on the progress made in ME/CFS. Without those updates we lose the chance to shine a bright light on what the progress (or lack of it) made in this disease.